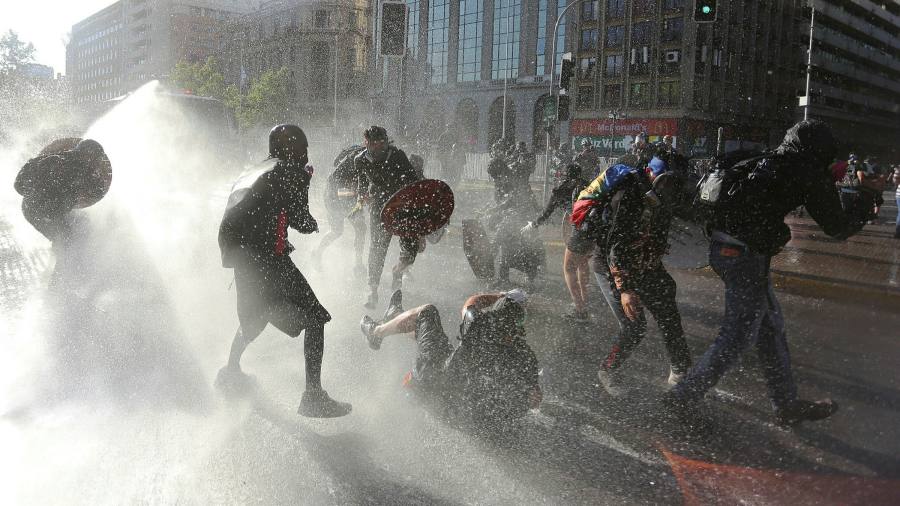 
The writer is chief economist at the Inter-American Development Bank

Burdened with inflation, the impact of Russia’s invasion of Ukraine and the fallout from the pandemic, the region of Latin America and the Caribbean is at a critical juncture.

Without reforms, it could return to a lacklustre pre-pandemic growth rate of around 2.5 per cent, with higher poverty, inequality and political polarisation. Yet critics who fault governments for policies that exacerbate inequalities and throttle investment miss a vital consideration: the lack of trust among the region’s citizens. Governments that focus on building trust can improve the odds of successful reforms.

With a few exceptions, trust is falling everywhere. Worldwide, between 1985 and 2020, those who believe that most people can be trusted fell from 38 to 26 per cent, according to the Integrated Values Survey. Our research indicates that Latin America and the Caribbean is in a league of its own. Only about one in 10 people in this region trust their fellow citizens. Fewer than one in three trust their government.

When I was head of Chile’s banking regulatory agency, I experienced how hard it is to build trust and how quickly it can be lost. In 2015, the competition authority uncovered a price fixing scandal between two of the country’s largest paper mills. I sounded the alarm that action was needed to restore trust and stop possible contagion to a bank with the same shareholders as one of the colluding companies.

We isolated our banking system from any fallout, but this scandal, among others, fed the anger and frustration that many citizens felt towards the privileged and powerful. It was one of several triggers of protests that would rock Chile later.

The effects of mistrust are pervasive. Reluctance to pay taxes means the region’s tax intake is about 13 percentage points of GDP lower than in OECD countries. The shadow economy is bigger by almost 20 percentage points of GDP. Individuals and companies do not trust others to pay their taxes, starving governments of much-needed funds.

Informality is higher when companies and workers do not believe that others comply with government regulations. Consequently, nearly 60 per cent of workers in the region work in informal firms, which are less productive and offer fewer benefits to employees. Our surveys reveal many company owners do not trust others. They prefer to hire family members and have difficulties growing their businesses.

Mistrust distorts what citizens want from government. Most believe public officials cannot be trusted to efficiently invest in the public interest. Corruption scandals deepen scepticism. People prefer programmes that provide money-in-hand now, such as cash transfers and subsidies. As a result, governments struggle with longer-term policies that boost growth, such as pension, labour and fiscal reforms, support for research and development, openness to trade and infrastructure spending.

What can be done? Governments can help citizens be more informed. They can make it easier to find out about their tax and spending decisions, and about who pays taxes. They can be more transparent about how they regulate and how regulation affects citizens’ welfare. They can also empower people by strengthening public institutions such as the courts, police and the antitrust agency.

For example, budget transparency — minimal in many Latin American and Caribbean states — can inform citizens about how their hard-earned taxes are used. Encouragingly, Argentina, Colombia, Barbados and nine other regional countries have set up or are setting up electronic platforms to help citizens monitor infrastructure projects. This serves to improve spending efficiency.

Governments must dispel erroneous ideas that thrive in a vacuum of information and fill it with accurate, verifiable facts. The city of Buenos Aires published dozens of goals on its website, from installing security cameras in the streets to improving infrastructure for people with disabilities and helping them track progress. Programmes like this can foster trust in government.

The solution to low growth, inequality and weakening support for democracy is to make trust an explicit objective of public policy. The potential pay-off is greater public support for reforms. It is about more than bringing people out of the informal economy and connecting them with the global one. It is about giving the region the opportunity to unleash its people’s entrepreneurial spirit, putting it on a path to higher productivity and inclusive growth.