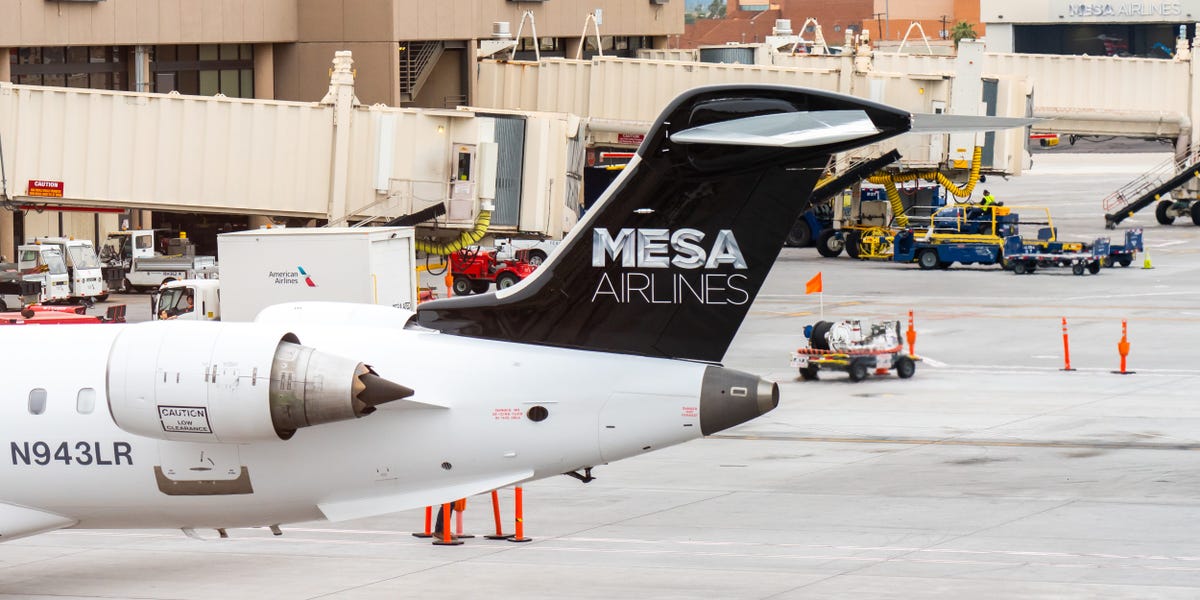 A Pilot Said He Felt ‘Blackmailed’ Into Extending His Flying Time


A pilot said he felt “blackmailed” into extending his flying time and had to sleep in the crew lounge if he refused.

The pilot, who had worked for Mesa Airlines until last year before joining another carrier, spoke on condition of anonymity. His employment at Mesa has been verified by Insider.

The pilot said: “Mesa would not put the disagreeing pilot in a hotel for the night. Of course, we’d push back – if we were senior enough – and would just call in ‘fatigue’ the next day.”

This only caused more problems down the line, he said. “We were basically blackmailed or coerced to extend our day or sleep in the crew room – which wasn’t allowed – or buy our own hotel room,” the pilot said.

He believed the Federal Aviation Administration (FAA) did not intervene “until there is an incident, or worse, and the pilot is the first point of blame.”

Mesa Airlines and the FAA did not respond to requests for comment.

Mesa is a commuter carrier that primarily operates aircraft with maximum capacity of 75 passengers on codeshare flights for the likes of American Airlines and United, as well as its own flights.

According to the FAA’s code of federal regulations, pilots have a duty time limit based on report time and legs flown. A maximum two-flight deck crew has a limit of 14 hours if flying one or two legs, for example.

The pilot said: “Chief pilots are pushed by their bosses to make the flight go regardless. They are supposed to be our buffer from encountering undue pressure, but they succumb.”

However, once a pilot mentions “fatigue,” it is usually impossible for the schedulers to disagree, and the pilot is required to complete a fatigue report, the pilot said. This report is non-punitive as long as the committee investigating agrees with what caused the fatigue, he added.

“Ultimately, in my opinion, safety is compromised when airlines schedule a long day hoping there’s no disruption or that the crew agrees to extend, the pilot said.

He isn’t the first pilot to complain about their working conditions. An American Airlines pilot, who previously told Insider he was embarrassed that he and his colleagues had to ask passengers to get off a plane they had just boarded, said Mesa Airlines is “known as one of the worst” when it comes to the quality of life.

The AA pilot told Insider he felt pressured to extend his flying time, especially when there is an issue with the scheduling system.

In most cases, he said, “the company pressures us to extend our duty day to complete our sequence. Most of us, including myself, refuse because my days are already long and mentally taxing.”

An American Airlines spokesperson said pilots’ duty time was regulated by the FAA and only extended “when a pilot decides – at their discretion – to do so.” The airline’s schedules were “rooted in safety,” the spokesperson added.

The AA pilot told Insider that pay for pilots at commuter airlines was “pretty good now, because they had to raise it and give bonuses as pilots were leaving in waves”, but the quality of life was worse than at major airlines such as American.