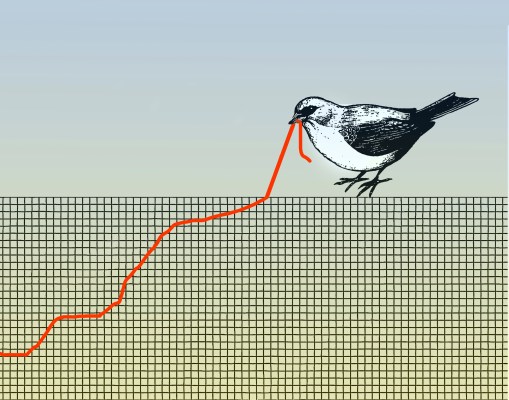 
Clearco, a Toronto-based fintech capital provider for online companies, tells TechCrunch that it has laid off 125 people, or 25% of its entire staff. Those impacted will receive severance pay, a two-year window to exercise equity and job transition support from the leadership team, according to Clearco. The company did not say which teams and roles were impacted, or if any C-suite members were let go.

Since launch, the startup, formerly known as Clearbanc, has been built around helping e-commerce businesses land non-dilutive capital, sales and deals. Now, as consumers pull back, e-commerce surge is turning creaky; challenging startups such as Clearco that depend on a constant stream of activity from the cohort.

“We have rising interest rates not seen since the mid-90s, the highest inflation in four decades, one of the biggest swings in European currency since the founding of the Euro, all compounded with a slowdown in e-commerce growth that’s been well documented and continued supply chain issues for companies of all sizes,” the duo wrote in a memo. Alongside the layoffs, Clearco said that it is “considering strategic options” for its international options. After starting in Toronto, Clearco launched in the U.K., Netherlands and other EU markets through 2021. But the expansion hasn’t been all smooth.

Clearco expanded to Germany in June but simultaneously cut 10% of its staff in Ireland, just three months after breaking into the market and announcing plans to hire over 100 employees, reports Independent.ie. It’s unclear if there are more geographically focused layoffs to come, or what exactly “strategic” options there are — but we do know that Clearco does have lots of international competitors.

A Clearco spokesperson wrote over e-mail that the company is not taking any interviews today and did not clarify the future of the startup’s international positions. The startup previously conducted another round of layoffs in March 2020, a reduction that impacted 8% of staff then reasoned to the “long-term economic impact of COVID-19.”

D’Souza stepped back from his role as chief executive of the company in February but continues to be the largest shareholder in the business.

D’Souza’s departure from the chief executive role came as the business began hinting at a need to focus on financial results. “For a company of our level of maturity, candidly we built this company in a time where capital was cheap and it was growth at all costs,” D’Souza said in February. “And now we’re moving into a time where you balance capital efficiency and growth — we have to start putting out forecasts and hitting those forecasts.”

He added: “Those things come much more naturally to Michele and less naturally to me, and that was just going to be the job of a CEO as the company got more and more mature.” Romanow has been in the chief executive role for nearly five months.

It’s been around a year since Clearco announced that it secured funding from SoftBank, a $215 million tranche closed just weeks after the company landed a $100 million round that quintupled its valuation to $2 billion.

Romanow and D’Souza’s full memo is below:

This is the note no founders want to write. Today we have made the hard decision to reduce our workforce by 125 people and are considering strategic options for our international operations. No words can soften the blow of being part of a significant layoff and I won’t pretend that hearing “I’m sorry” from us will make it any easier. We’re deeply saddened to lose so many talented, hardworking and entrepreneurial people across every part of our organization and will work tirelessly to open our networks directly to ensure you find a great next home.

Invites will go out shortly to those who are part of this reduction in force followed by meetings with team leads.

How Did This Happen?

The short answer is the current macroeconomic environment looks very different today than in 2021. We have rising interest rates not seen since the mid-90s, the highest inflation in four decades, one of the biggest swings in European currency since the founding of the Euro, all compounded with a slowdown in e-commerce growth that’s been well documented and continued supply chain issues for companies of all sizes.

We were building to match the growth of the economy and now face significant headwinds that simply didn’t exist six months ago. We grew our headcount too quickly in anticipation of continued economic growth and that decision rests on us alone.

After assessing the current market conditions and uncertainty we’re seeing across the e-commerce sector, this was the most prudent action to take and was necessary to:

To Those Leaving Our ClearCrew

We know each of you will process this difficult news in your own way. Whether you’ve been here for months or years, please know that if not for you and your efforts, there is no way we would have been able to build Clearco into the category leader it is today. We are so grateful to have had you as part of this journey.

Our People team will be working with each departing employee to ensure they are supported through this transition, including:

We will do everything we can to support you getting to your next chapter.

What Will Happen Next?

Our ethos has always been to support entrepreneurs as they grow and scale, especially the people unable to get funding historically. Even through a recession, we’re committed to helping fund as many founders as possible. We know we have to do everything we can to support the 10,000+ founders who have taken $5B+ from us, the people who need the capital the most.

Resiliency is built into every entrepreneur’s DNA. They inspire who we are as individuals and as a company. We’ve pivoted this business countless times, from funding Uber drivers to Airbnb hosts, and that was all after being told revenue-based financing would never take off. We’ve created a category, and now there’s a company that looks like us in almost every country in the world.

As painful as today is, it should remind us to move forward with more focus, determination and purpose than ever.