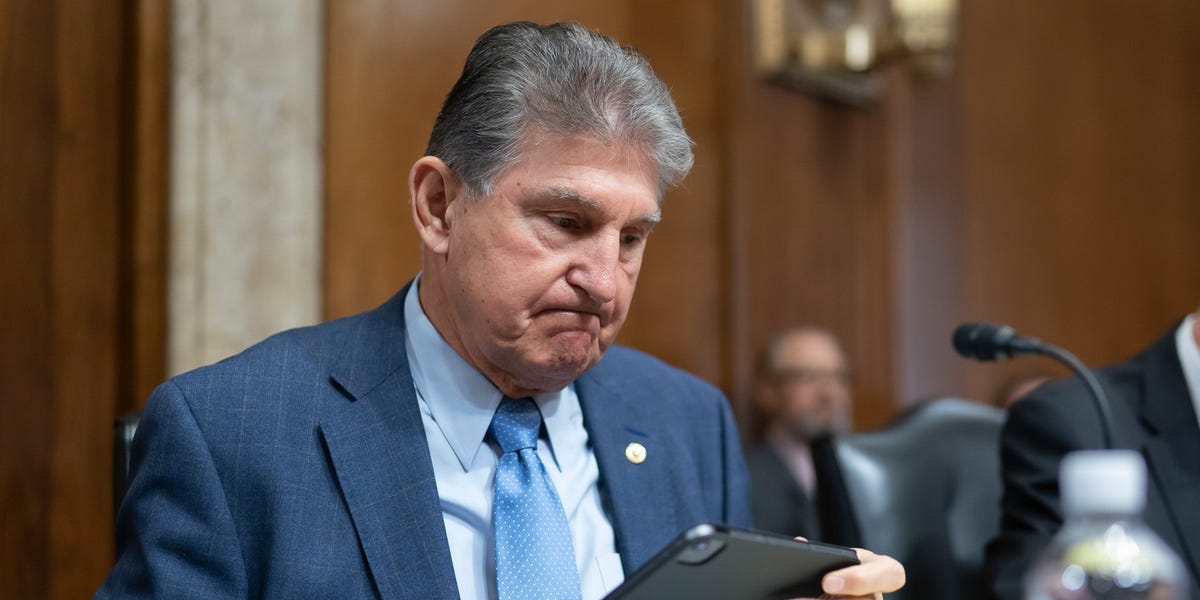 Manchin Says He Was Ostracized After Killing Build Back Better


Sen. Joe Manchin complained in an interview on Thursday that he thought he’d been “ostracized” and “victimized” after not supporting the Build Back Better Act.

Speaking on the West Virginia radio show “Talkline with Hoppy Kercheval,” Manchin maintained that he still would not back any version of Build Back Better.

“I’d been ostracized and victimized, if you will, because I killed the BBB,” Manchin told Kercheval. “Because the BBB, I think, was just a bad deal for our economy. It’s a bad deal for our country and changes the trajectory of who we are as a people. So I was totally opposed to that.”

Manchin went on to say that this new piece of legislation that he and Senate Majority Leader Chuck Schumer have agreed on is “truly going to be around inflation reduction.”

“I told my staff to start scrubbing this bill down. There can’t be one thing, as you can say, that will cause inflation,” Manchin said of the Inflation Reduction Act that he and Schumer surprisingly released on Wednesday.

Manchin told Kercheval that he thought this new piece of legislation shouldn’t be concerning to Republicans because it would help to boost revenue. Senate Minority Leader Mitch McConnell, for one, slammed the deal, claiming it would cause “giant tax hikes.”

The bill says it wouldn’t increase taxes for households making less than $400,000 per year.

“I knew no matter what we do — if we could do some good now and have an energy policy that worked and do all this too without raising taxes, truly not raising taxes and not adding to inflation, and I’m gonna walk away from that because I think it’s going to harm me politically?” Manchin told Kercheval. “Then, I’m the wrong person to be where I’m at.”

The senator added that President Joe Biden had not been involved in his talks with Schumer.

“I was not going to bring the president in,” Manchin told Kercheval, adding that he thought the deal could very well “not have happened at all if he did.”

“It could have absolutely gone sideways,” he added.

Manchin’s surprise deal with Schumer after secret, high-level talks is an advancement of a trimmed-down version of Biden’s economic plans. It constitutes a deal for $370 billion that would go to climate and energy, and a cut of 40% in US emissions by 2030.

The Senate and House still need to vote on the bill, but Biden said he would sign it if it reaches his desk.

Manchin told Politico on Wednesday that he cut the deal with Schumer because the Democratic Party might just lose the House in the midterms.

“We don’t know what the future will bring,” Manchin said.

What Is The Definition Of Recession? – Bitcoin Magazine