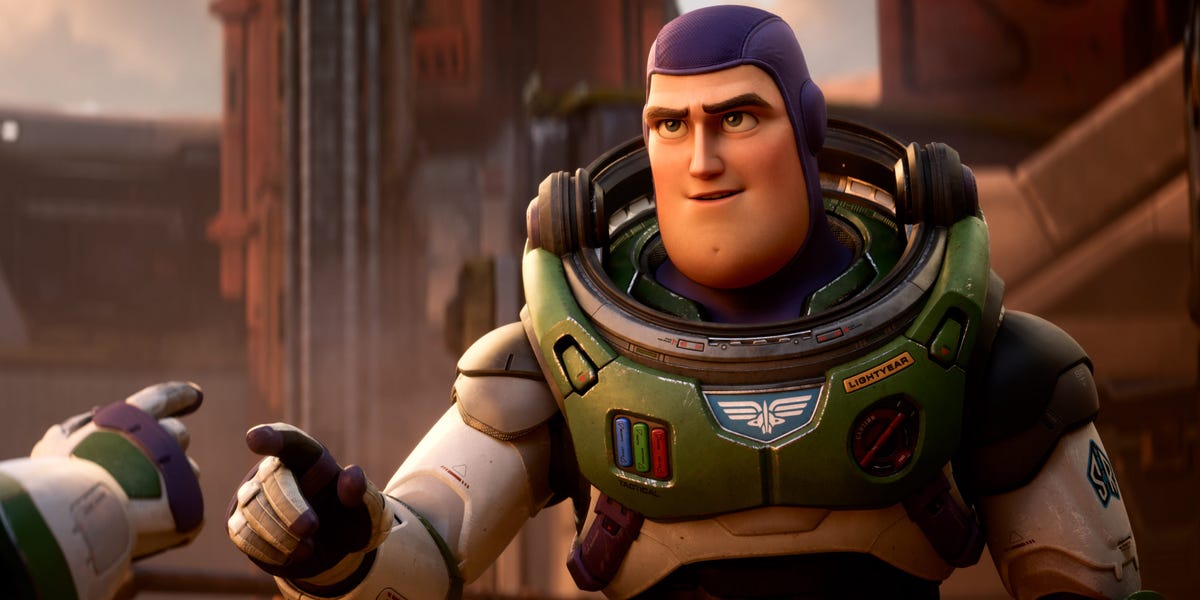 How to Watch ‘Lightyear’ — Streaming on Disney Plus August 3

“Lightyear,” the latest animated feature from Disney and Pixar, will be available to stream at home on August 3. You’ll need a Disney Plus subscription to catch the new release, which will cost you $8 a month or $80 a year.

“Lightyear” is a sci-fi adventure that tells the origin story of Buzz Lightyear. Instead of focusing on the action figure we know from the “Toy Story” films, “Lightyear” is about the fictional hero that Andy’s toy is based on. The movie shows how Buzz got his start fighting intergalactic evil alongside his motley crew.

Check out the ‘Lightyear’ trailer

How to watch ‘Lightyear’

As of writing, “Lightyear” is still playing only in theaters. You can browse showings and purchase tickets online through sites like Fandango.

When will ‘Lightyear’ be available on Disney Plus?

“Lightyear” hits Disney Plus on August 3. The movie will be available to all subscribers without any extra fees.

Disney Plus costs $8 a month or $80 a year for ad-free streaming — but a new, ad-supported plan is set to launch for a lower price point later this year. For more value, you can bundle Hulu and ESPN+ with your Disney Plus membership starting at $14 a month. That’s $8 less than you’d pay for all three services without bundling.

“Lightyear” will be available to stream in up to 4K quality with Dolby Vision contrast and Dolby Atmos audio on supported devices. An IMAX Enhanced version of the movie will also be available with even more picture visible in select scenes.

Where can I watch the other ‘Toy Story’ movies?

The entire “Toy Story” saga and all of its spinoffs are also available for streaming on Disney Plus.

Will ‘Lightyear’ get a sequel?

A “Lightyear” sequel hasn’t been confirmed, but it is implied in a post-credits scene in the film. Since the movie performed below expectations at the box office, whether we get a sequel or not will likely depend on how well the film does on Disney Plus and home video.

As a Tech Deals and Streaming Reporter for Insider’s Reviews team, Sarah covers the latest movie and series releases along with the best sales on products we recommend. Prior to joining Insider Inc., she was a Deals Writer at Wirecutter, a New York Times company.
After graduating from California State University, Fullerton with a degree in Marketing, Sarah started out as a Freelance Deals Writer at Wirecutter; here she focused on newsletter creation, social media promotion, and syndication in addition to deals writing before stepping into a full-time role. Her accomplishments from this position, in addition to the countless deals she’s written, include implementing multiple social media marketing campaigns and launching a Deals Facebook group for the company.
Say hi (or send a picture of your pet) to Sarah at ssaril@businessinsider.com, or reach her on Twitter at @LordPonty or on Instagram at @lord_ponty.
Learn more about how our team of experts tests and reviews products at Insider here.
Learn more about how we research deals.