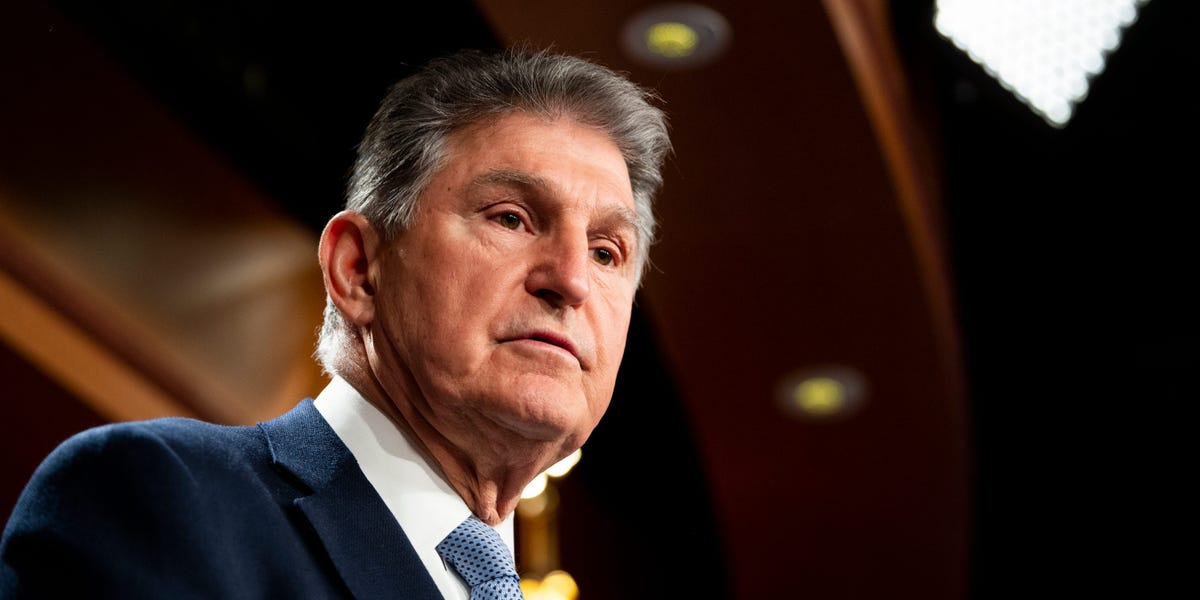 A summary of the deal says it “will make a historic down payment” to help the economy and fight climate change. Full text of the bill was dropped on Wednesday night.

“For too long, the reconciliation debate in Washington has been defined by how it can help advance Democrats’ political agenda called Build Back Better. Build Back Better is dead, and instead, we have the opportunity to make our country stronger by bringing Americans together,” the West Virginia Democrat said in a statement.

Senior Democrats intend to pay for a deal through a 15% corporate minimum tax, IRS tax enforcement, and closing a loophole that benefits wealthy investors.

“I will do everything I can to usher in a new era of compromise and commonsense that will make America more energy secure, financially sound, and a more united country for this generation and the next,” he added.

The new deal goes against Manchin’s previous comments suggesting he would not support spending on climate change.

It will allocate $369 billion to energy security and climate change working to lower carbon emissions by 40% by the year 2030. The bill also aims to establish decreased energy costs and cleaner energy production.

An estimated $64 billion will be focused on the extension of the Affordable Care Act, also known as Obamacare, for an additional three years.

The renewal is meant to bring down the costs of insurance premiums for millions of Americans who purchase coverage in either state or marketplace exchanges. Democrats are racing to prevent the program from expiring at the end of the year since voters would receive notices of their spiking premiums only weeks before the November midterms.

The deal also allows Medicare to negotiate the price of some prescription drugs, a top Democratic goal. It caps out-of-pocket costs for seniors at $2,000 annually.

However, it omits another major priority for Democrats: Capping the cost of insulin to $35 per month. That forms part of a bill by Democratic Sen. Jeanne Shaheen of New Hampshire and GOP Sen. Susan Collins of Maine.

A draft of the bill’s text was released on Wednesday night.

Along with a one-page, topline summary:

How bad will the global food crisis get?