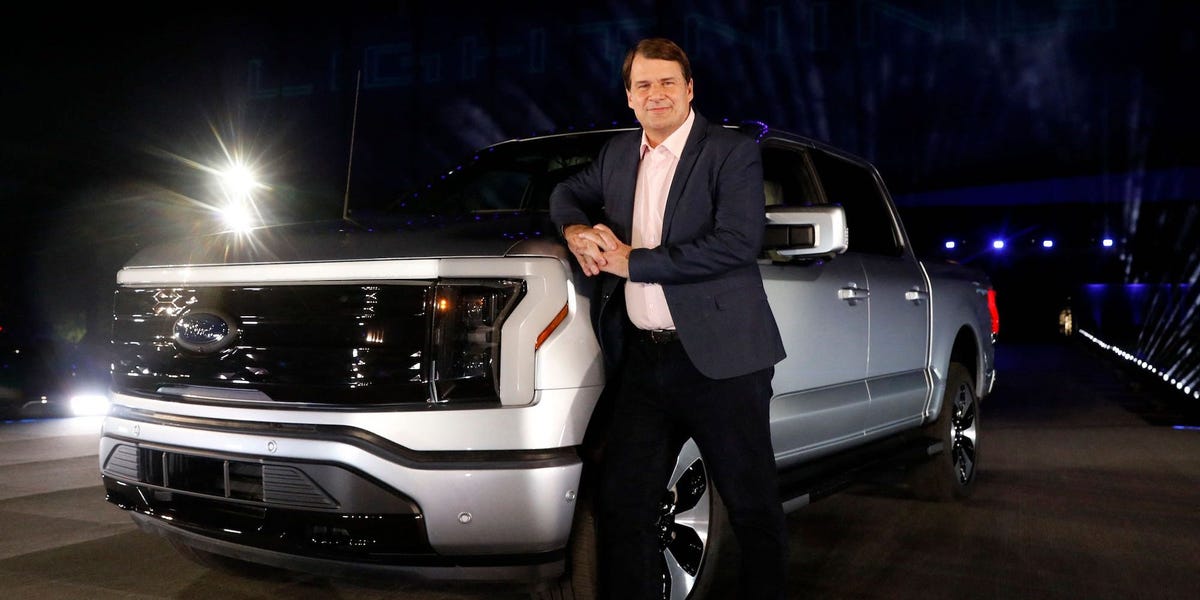 
Ford CEO Jim Farley hinted the car maker plans to go ahead with reported job cuts as it seeks to ramp up electric vehicle production.

“We absolutely have too many people in some places, no doubt about it,” Farley told reporters in an earnings call on Wednesday, reported Bloomberg. “We have skills that don’t work any more, and we have jobs that need to change,” Farley said, responding to a question posed by a Morgan Stanley analyst, per Bloomberg.

The comments double down on a similar concession Farley made at a Wolfe Research auto conference in February previously reported by Insider. His words come amid reports that the automaker could cut as many as 8,000 jobs in order to help transition the firm away from fossil-fuels towards electric cars.

Bloomberg reported on July 20, citing unnamed sources with knowledge of the matter, that the 8,000 roles could come from salaried positions throughout the firm, but primarily from its newly minted Blue unit, responsible for internal combustion engine vehicles.

Details of plans had not been finalized at the time, Bloomberg reported.

The 118-year old car-giant is in a race, along with other legacy automakers like GM, to match Tesla in the battle to dominate the still nascent, but growing market for EVs.

Farley plans to save as much as $3 billion as part of a sweeping transformation, aimed at boosting Ford’s EV production to two million vehicles by 2026, per Bloomberg.

In March, the company siloed its EV division, named Model E, from its internal combustion division, renamed Ford Blue, and has pledged to invest up to $50 billion to electrify its fleet.

“Ford is way too complex,” Farley said on the call, per Bloomberg.

“We are planning much less complexity in our Blue business and that is a theme that will run through Blue for years to come.”

Farley declined to specify how many roles could be made redundant when asked during the earnings call. Ford employs 88,000 people in the US, including 57,000 hourly workers, according to its corporate website.

A spokesperson for Ford said the company does not comment on speculation when contacted by Insider.

“To deliver our Ford+ transformation and lead this exciting and disruptive new era of electric and connected vehicles, we are focused on reshaping our work and modernizing our organization across all automotive business units and across the company,” the company said.

Ford’s half-year earnings more than tripled compared to the same period last year, rising to $3.7 billion before adjustments for tax and interest.

The increase has been fueled in part by high demand for its Mustang Mach-E, F-150 Lightning and E-Transit EVs, the company said in the earnings report.

When Will The Federal Reserve Pivot? – Bitcoin Magazine