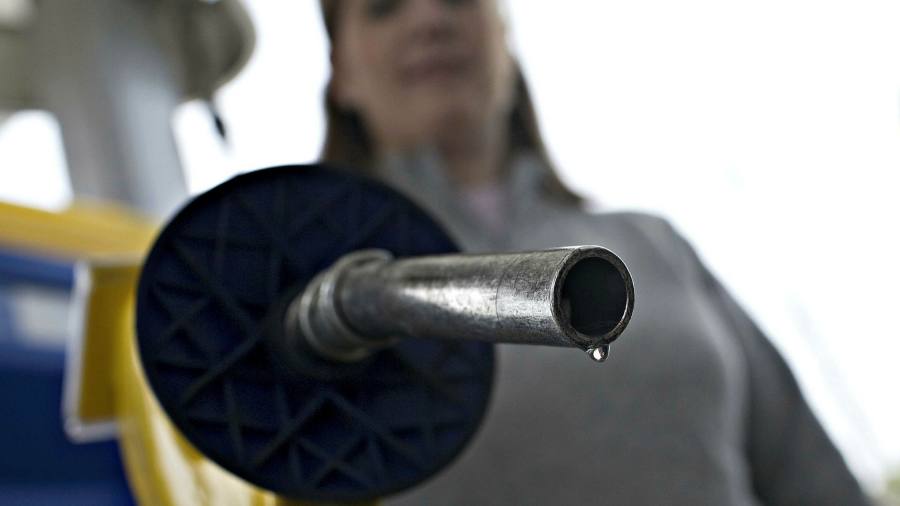 Welcome back to Energy Source.

Democratic senator Joe Manchin shocked Washington with an about-face on legislation that will funnel hundreds of billions of dollars into energy and climate initiatives. Climate campaigners hailed it as an unprecedented federal investment in clean energy. We’ll be unpacking the implications here as more details become available.

Elsewhere, make sure to check out Myles’ column on the transatlantic divide over energy frugality.

Big Oil is expected to reveal record-busting quarterly profits in the coming days, even as fears of a looming recession darken the horizon.

Analysts estimate that the supermajors — ExxonMobil, Chevron, Shell, BP and Total — will unveil a record combined $55bn in second-quarter profits over the next few days, according to S&P Capital IQ. The profits would exceed even 2008 levels, when crude prices soared to $147 a barrel. Shell kicked off earnings reporting today; Exxon and Chevron are due up tomorrow.

The sums that refiners earned for petrol, diesel and other fuels — compared to the cost of crude — exploded to record levels in recent months, though they’ve retrenched lately. That sent prices at the pump spiralling and delivered a huge windfall for refiners. Drivers’ pain has been Big Oil’s gain.

Exxon has signalled its refining profits will be as much as $5.5bn higher this quarter than last, largely because of the higher margins. Higher crude and natural gas prices will also boost earnings for the production part of the majors’ sprawling businesses.

What is Big Oil going to do with all its cash?

The answer to that question has remained remarkably consistent as the industry has recovered from the wreckage of 2020. The companies are expected to continue redirecting the lion’s share of the windfall back to investors in the form of stock buybacks and dividends, as Wall Street has demanded.

Few expect them to signal any big uptick in spending on new oil and gas output, even as oil bosses have repeatedly pinned the blame for higher prices on under-investment in production.

Companies are also likely to face calls from some quarters to put more of the windfall into their lower-carbon businesses, although energy transition spending has clearly fallen to the backburner for some investors. “Carbon” isn’t the buzzy topic on oil company earnings calls like it was last year.

Despite the windfall, more money is creating more problems for Big Oil. The record profits at a time when consumers are struggling with fuel price- driven inflation has brought a political backlash. In the UK, companies face a windfall tax. There have been calls for the same in the US.

President Joe Biden has attacked the industry’s high profits, saying Exxon had “made more money than God” this year and that his administration was going to “make sure everyone knows Exxon’s profits”. Expect the administration to try to redirect the public’s ire over high fuel prices to Big Oil as it posts monster profits.

Why this downturn is different

As fuel prices surged last month, cresting over $5 a gallon nationally in the US, signs emerged of consumers finally reaching their breaking point and starting to drive less. That came as central banks around the world started raising interest rates to try to rein in surging inflation, bringing fresh worries of a recession.

That has weighed heavily on Big Oil, which has seen a sharp downturn in share prices despite the expected bumper profits. Exxon’s shares are down around 15 per cent from their recent highs in early June — though they’re still up more than 40 per cent this year. Other oil majors have seen similar share price declines, which have followed oil prices lower.

Some analysts argue the typical investor playbook of selling off oil companies in times of economic distress might need rewriting this time around. In a typical recession, weak demand pulls commodity prices, and companies’ profits, lower. But many argue that the current energy crisis means tight supply remains the market’s driving factor even as the demand outlook weakens.

Ryan Todd, an analyst at Piper Sandler, an investment bank, wrote in a note that the recent sell-off was “pricing FAR too severe of an outcome, with oil prices unlikely to reach ‘typical’ recession lows, even in the case of a recession in 2023”.

Europe must ramp up its deployment of renewables to limit warming to 1.5C and reduce dependency on Russia, says a new analysis by energy think-tank Ember.

The analysis found that by 2026, the EU’s planned wind and solar capacity additions will reach only half of what’s needed to achieve the 1.5C pathway. Only four countries in the bloc will install sufficient wind capacity by 2030. Key countries for solar — Germany, Italy, France and Spain — are also expected to miss their deployment targets due to issues such as lack of available grid connection, according to Ember.

“Europe no longer lacks renewables ambition, but it is now facing an implementation gap,” said Harriet Fox, an energy and climate data analyst at Ember.

Brussels increased its 2030 renewable energy target by roughly 15 per cent in its REPowerEU plan directed at weaning the continent off Russian fossil fuels. The bloc now aims to generate 1,236 gigawatts in renewables by the end of the decade. Renewables generated 513 gigawatts in 2021.

A key barrier to faster renewable energy deployment is the sluggish permitting process, says Ember. While EU legislation limits the permit granting to two years, none of the countries analysed adhered to the timeline for onshore wind. Of the 12 countries that make up 91 per cent of current solar capacity, only three had projects obtain permits in less than two years after they applied. (Amanda Chu)