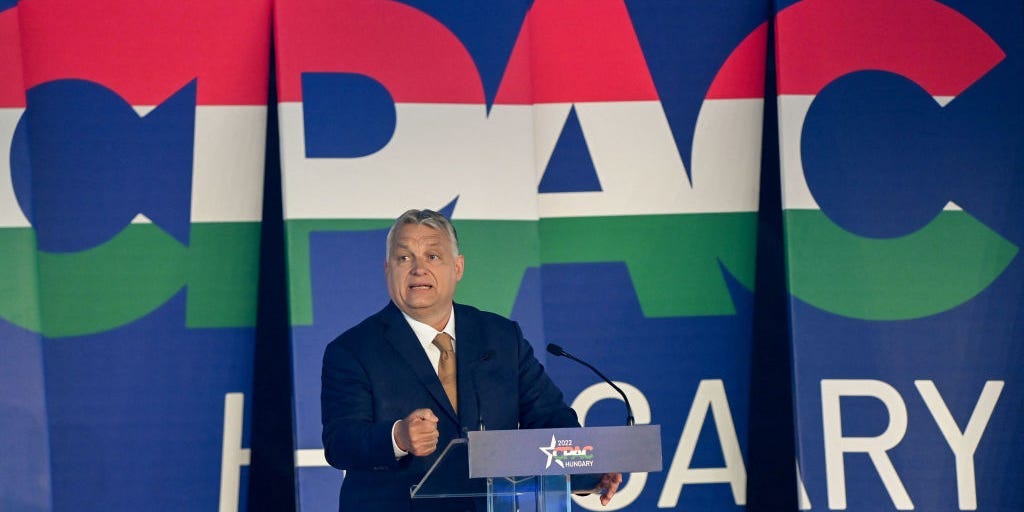 
Hungarian Prime Minister Viktor Orbán continues to face backlash at home and abroad over a speech delivered in Romania on Saturday railing against building a “mixed race” society.

Zsuzsa Hegedus, who advised Orbán for twenty years, resigned on Tuesday over the speech — and compared Orbán to the infamous Nazi propagandist Joseph Goebbels. Hegedus described the speech as “pure Nazi text.”

“I don’t know how you didn’t notice that you were presenting a pure Nazi text worthy of Goebbels,” she wrote in her resignation letter, per the Hungarian news outlet hvg.hu. The central European country is predominantly composed of ethnic Hungarians and Christians, and Orbán has built his political following by resisting immigration. He once called refugees fleeing war-torn Syria “Muslim invaders.”

In a reply to Hegedus, per CNN, Orbán’s office said, “You can’t be serious about accusing me of racism after 20 years of working together. You know better than anyone that in Hungary my government follows a zero-tolerance policy on both antisemitism and racism.”

The International Auschwitz Society, which represents Holocaust survivors, also condemned Orbán’s speech as “stupid and dangerous” in a statement on Tuesday.

Meanwhile, the US Embassy in Budapest on Wednesday released a statement condemning “all ideologies, policies, and rhetoric that give oxygen to the doctrines of hate and division.”

“We must never forget that what began as racist and xenophobic rhetoric by 20th century leaders escalated, ultimately ending in the genocide of millions. Human dignity and equality know no national boundaries and we affirm that the diversity of our human family is one of its greatest strengths,” the statement added.

During his speech, Orbán spoke against mixing with “non-Europeans,” championing an “unmixed Hungarian race.”

“We move, we work elsewhere, we mix within Europe,” he said, adding, “But we don’t want to be a mixed race” or a “multiethnic” people.

Orbán, who has been in power for over 10 years, is widely viewed as an anti-democratic, xenophobic leader. He’s routinely been the target of fierce criticism by other European leaders, democracy watchdogs, and leading human rights groups for his opposition to refugees and his efforts to cling to power by hollowing out its democracy.

Orbán also has many conservative admirers in the US, and has been showered with praise by prominent right-wing figures like Fox News host Tucker Carlson, who portray him as a nationalist who defends family values.

Orbán is set to speak at the Conservative Political Action Conference (CPAC) in Dallas, Texas. Former President Donald Trump and GOP Sen. Ted Cruz are also slated to appear at the conference.

GOP Rep. Adam Kinzinger, a Republican who has been ostracized by his party for refusing to embrace Trump’s false election claims, called out CPAC for inviting Orbán to speak.

“August 4, Dallas, CPAC is having this man as a speaker. Will potential candidates boycott CPAC? Or do they support pure race ideology?” Kinzinger tweeted on Saturday.

Tour of Margaritaville’s RV Park and Hotel in Tennessee

US set to impose sweeping export controls to rein in Chinese…