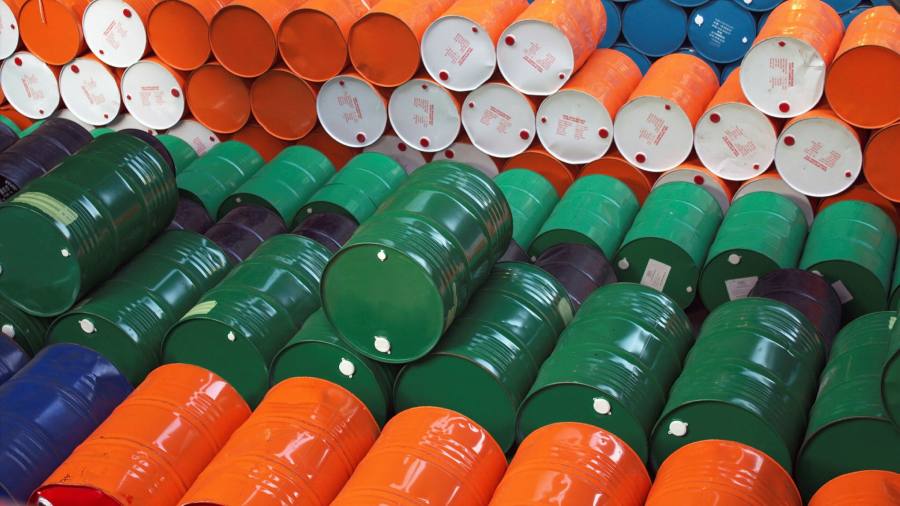 The oil market is more fragile than it appears

Welcome back to Energy Source. Europe’s energy crisis has flared again as Gazprom yesterday said it would further cut gas flows through the Nord Stream 1 pipeline. The critical artery for gas supply into the continent will now be running at just 20 per cent of capacity, the Russian energy giant said. Prices soared on the move, risking further damage to Europe’s teetering economy. It looks to be Russian president Vladimir Putin’s latest response to economic sanctions over Moscow’s invasion of Ukraine. Putin, many analysts argue, is squeezing Europe’s gas supplies to engineer an even more severe energy crisis this winter.

It speaks to our current energy and climate crisis that Europe is enduring an unprecedented summer heatwave fuelled by climate change at the same time that it’s facing down a potential winter crisis borne from a fossil fuel shortage.

Thanks as always for reading.

The steep drop in oil and fuel prices over the past six weeks has been a welcome relief. Drivers are finally catching a break at the pump, which should help slow surging inflation.

Crude prices are down about 20 per cent from their highs in early June and gasoline and diesel prices are off even more. In the US, falling wholesale gasoline futures point to national average price heading below $4 a gallon. Plenty of people around the country are already seeing prices that start with $3 again. The Biden administration is taking a victory lap.

Fears of a global economic slowdown — and signs that high fuel costs have hit demand — have dragged down oil, along with pretty much every other commodity. As long as recession is front of mind for investors, oil prices are likely to remain weighed down.

Still, oil markets remain in the danger zone. The same factors that ratcheted energy markets tighter over the past year remain in place. Global stockpiles are low and the energy supply system is running near flat out. The Opec+ alliance of oil producers has very little spare capacity, and what’s left is held almost entirely by Saudi Arabia and the United Arab Emirates. Refiners are pushing out about as much fuel as they can. Governments are drawing down their emergency supplies at a record pace.

All of that leaves little room for the market to absorb supply shocks. With risks to demand at the fore and supply flows healthier than many had expected, prices have drifted lower. But that’s not guaranteed to continue.

Start with what the former US defence secretary Donald Rumsfeld might have called the oil market’s known unknowns.

The most immediate threat is a looming hurricane season in the Atlantic. The stretch of the US Gulf Coast from Louisiana to Texas has become a crucial thoroughfare for global energy trade flows over the past decade — it is also in the heart of “Hurricane Alley”.

If one were to master plan a global energy system, they probably would not put some of its most important assets in the direct path of highly-destructive storms. But that’s the system we have and the risk of disruption looks high this year. US forecasters say they expect a busier than normal hurricane season, fuelled by climate change, with three to six big storms expected in the next couple months.

Of course, there’s nothing new about hurricanes sweeping through the Gulf Coast. But with so little slack in the system, any blow to the Gulf’s refineries, liquefied natural gas export plants, offshore production or trade will have magnified consequences for prices.

The other big “known unknown” on the horizon is tightening sanctions on Russian oil trade. The EU and UK’s new ban on companies insuring Russian crude shipments is due to take effect in December. Some analysts and policymakers have warned it could lead to a fresh price jump by effectively cutting off Russian seaborne oil shipments

“If insurance on tankers carrying Russian oil is banned, oil tankers will simply not be able to carry Russian oil at all. The reason is that they are typically leveraged, and their creditors require that they be insured. Thus, the result will be a — potentially large — decrease in Russian oil exports,” Olivier Blanchard, an analyst at the Peterson Institute for International Economics, wrote in a recent research note.

For now, the looming sanctions threat has not hit prices — likely because of more near-term worries about the economic slowdown and a belief that policymakers will end up watering down the sanctions. But that could still change.

Then there are the unknown unknowns. Events for instance like the 2019 drone attack on Saudi Arabia’s Abqaiq oil facility, which knocked out a big chunk of the nation’s oil supply, or last year’s cyber attack on the Colonial fuel pipeline in the US. At times like now when supplies are tight and markets edgy those kinds of events have a heightened effect on prices.

If an economic slowdown saps global energy demand, as many expect to happen, these threats will lose some of their potency. But for now oil markets are probably more fragile than the recent price decline might signal. (Justin Jacobs)

The electric vehicle manufacturing landscape in the US is starting to take shape. So far, Michigan is the state that has invested the most in EV manufacturing, sinking in $14.3bn to date, according to data from Atlas Public Policy.

The former heart of the US automobile industry faces fierce competition from Georgia and Tennessee to become the country’s EV hub. Both have announced more than $12bn in EV investments. Georgia is also home to the most EV manufacturing jobs in the US, with 18,350 positions.

“We have seen a really significant uptick in projects in 2022,” said Tom Taylor, a policy analyst at Atlas Public Policy. “States are offering really massive incentive packages to automakers to locate their operations in their state.”

Since 2002, Tesla has received more than $2bn in subsidies. Last Friday, Georgia revealed it had offered $1.8bn in incentives to lure Hyundai to build its first US EV plant in the state. The deal marked the largest economic development project in Georgia’s history, breaking the previous record held just months before by Rivian.

The surge in EV investments comes as their uptake continues to increase and president Joe Biden pushes for a domestic EV supply chain. US electric vehicle sales set a new record in May and accounted for nearly 7 per cent of light-duty vehicle sales, according to S&P Global Commodity Insights. The data provider predicts global EV sales will reach a record 10mn by the end of the year. (Amanda Chu)