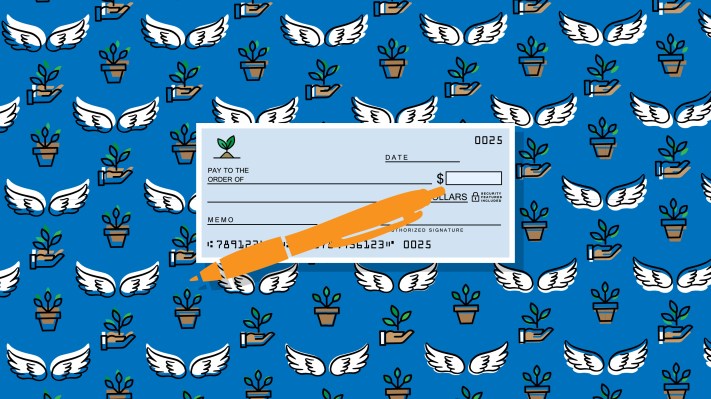 
In 2015, Rex Salisbury was working as a software engineer at now-defunct mortgage startup Sindeo where he built out the back end for fully automated online mortgage pre-approval.

At the time, he was working for Andy Carra, who served as that company’s CTO after co-founding SoFi.

It was Salisbury’s first foray into fintech, and high on the excitement of getting a new product live in a highly regulated industry, he admittedly got bit by the fintech bug. At that time, the sector was nowhere near the force that it is today, just “emerging as a meaningful and sizable category,” Salisbury recalls.

“This meant there were many other software engineers, product managers and founders doing what I was – bringing new technologies to bear on an industry that was painfully out of date,” he said. “I wanted to meet these people.”

After a number of coffee dates and meetups, Salisbury determined that something more formal was required. So in 2016, he started his own community, Cambrian. His goal with Cambrian was to cultivate a community focused on founders and builders in fintech.

“When they reached out, it became apparent that it could be a very interesting opportunity – many of the things I had been thinking about scaling with regards to Cambrian were similar to the work at a16z,” Salisbury recalls.

His community building had accidentally led him into the world of venture, as Salisbury ultimately became a founding member of a16z’s fintech practice alongside general partners Anish Acharya and Angela Strange before becoming a partner in 2019.

During his two years at the firm, Salisbury went on to back the likes of now-decacorn Deel and Tally, two companies he had gotten to know through the Cambrian community. While at a16z, he started the firm’s newsletter, which still publishes today.

Meanwhile, Cambrian had surged to 15,000 newsletter subscribers and an 1,100+-member Slack community exclusively for founders.

In 2021, Salisbury came to the conclusion that layering on a fund was a natural extension of the community he’d grown. So he began the process of raising capital for his own venture firm, Cambrian Ventures.

“The venture landscape shifted dramatically during my time at a16z and fintech was no exception,” Salisbury said. “Fintech had exploded, which is both daunting and exciting for prospective entrepreneurs. I realized that the networks I’d built through Cambrian could help the next generation of entrepreneurs navigate the ever-expanding ecosystem.”

He managed to attract a who’s who in fintech group of LPs that includes founders from companies such as NerdWallet, Plaid, Simple, Alloy, Modus, SentiLink, Jeeves, Betterment, Blend, Routable, Trim, LendUp, One, SoFi, Moonpay, LoanPro, Altruist, Melio, and more.

And today, he is announcing Cambrian’s inaugural $20 million fund “to back the next generation of fintech founders” at the angel, pre-seed and seed levels with checks up to $500,000.

“Our mission is to provide our founders with access to the best networks in fintech,” Salisbury said. “The fund itself reflects a community ethos with some of the top fintech founders who are both investors in the fund and resources for the companies we back.”

As a community, Cambrian helped people connect through its co-founder matching and hire through its talent and jobs board. Now, it will be able to provide investment capital, as well.

As a small fund writing non-lead checks, Cambrian is focused exclusively on the earliest stage of company formation. Salisbury wants to be “the very first check” into a startup, and intends to be hands-on and collaborative as an investor, looping in other founders (particularly from the fund’s investor base), seed funds and multi-stage funds to co-invest or lead future rounds.

“The nice thing about being a solo capitalist is I can be very flexible, like working with founders starting off and who just want to raise a very small angel round and say ‘we don’t really want any larger institutions involved because we want the flexibility to ideate and pivot,’ ” Salisbury told TechCrunch. 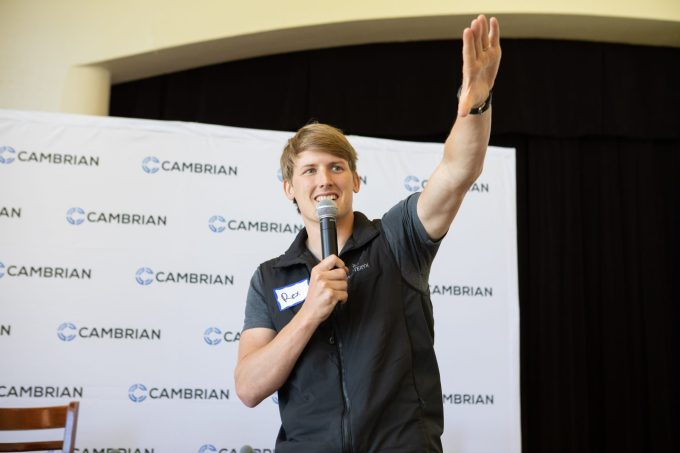 With Salisbury serving as a solo GP,  Cambrian plans to back 30 companies, with investments of up to $500,000. So far, the firm has made five investments over the last few months, including Keep Financial’s recent seed round. Salisbury expects the capital will be fully deployed over 24 months.

Generally, he plans to back U.S.based companies with U.S.-oriented go-to-markets.

“My key goal is, ‘how do I identify, and then also support, the next generation of fintech founders?” Salisbury said. “And at the earliest stage, you’re really investing in people.”

There were no hard feelings on the part of his former colleagues at a16z.

“Rex’s influence, reach, and ability to identify the next great entrepreneurs in fintech are impressive and made him a valuable asset at a16z,” said Acharya. “We are delighted to see how he and Cambrian will continue to support the fintech ecosystem with the launch of this fund.”

SoFi co-founder Carra recalls first meeting him after the engineer had completed a coding boot camp.

Although he was still early in his career, Carra describes Salisbury of being the person “who asked the incisive ‘hard’ questions in all-hands meetings,” to a point where other members of the management team thought Carra was feeding him queries.

“The case was simply that Rex is smart, understands both finance and tech, has a keen analytical mind, and is willing to ask the hard questions in good faith,” he said. “It was a running conversation among those of us who worked with him that we looked forward to investing in his startup — we assumed he’d be a founder next time around.”

It turns out that Salisbury’s “startup” was Cambrian, and Carra is now an LP in the new fund.

“I really like the community that he’s built and refer aspiring founders to it when I can,” he told TechCrunch via email. “I love that he’s taken time to understand the space as an operator in multiple roles, and I like Cambrian’s model and risk profile.”

“I invested with him because he’s among the best builders of network and community that I’ve ever seen,” he said via email.

Salisbury is not the only accidental VC in the fintech space. Earlier this year, Nik Milanovic — who had also started out with a newsletter and meetups — launched his own venture fund to back early-stage startups.

The oil market is more fragile than it appears