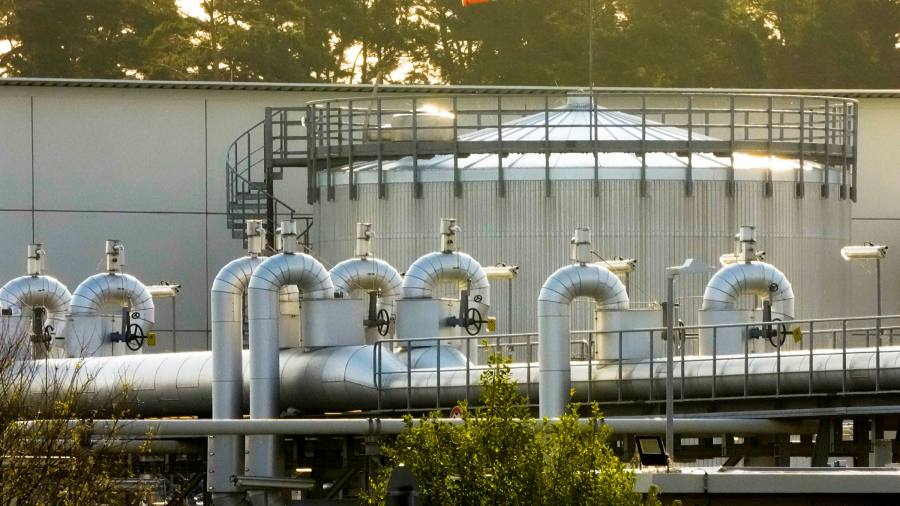 Futures contracts for delivery next month tied to TTF, the European benchmark wholesale gas price, jumped about 6 per cent on Tuesday to €188 per megawatt hour, the highest level since early March, a day after Russia warned of lighter flows on the largest pipeline supplying the region. Prices are more than five times higher than a year ago.

Russian state-backed energy group Gazprom said on Monday that flows on the Nord Stream 1 pipeline would plummet to 33mn cubic metres from Wednesday because of turbine maintenance issues. That would amount to a fifth of the pipeline’s capacity and half of current levels.

“Everyone in the market was expecting Russian volumes to drop,” said James Huckstepp, manager of EMEA gas analytics at S&P Global Commodity Insights, a consultancy. “But the market wasn’t expecting flows to fall this quickly.”

European diplomats are wrangling over plans to reduce gas consumption 15 per cent over the winter period after some member states including Spain struck out at the proposals and are pushing for exemptions.

The higher gas prices indicate the mounting pressure on Europe to seek alternative supplies to keep homes warm and industry producing through the coming winter.

NS1 recommenced the flow of gas to Europe last week at 40 per cent of capacity after returning from scheduled maintenance. But Russian president Vladimir Putin followed through on a warning that supplies would slump on Wednesday due to turbine maintenance.

European politicians have decried the Kremlin’s moves as “weaponising” gas supplies to the continent. Ukrainian president Volodymyr Zelenskyy added to the criticisms late on Monday, accusing Moscow of “gas blackmail” against Europe.

European gas prices rose above €200 per megawatt hour in the early days of Russia’s invasion of Ukraine. Prices settled in the weeks after but they have rebounded to double since June as the Kremlin showed its willingness to leave Europe short of gas.

“It’s got all the makings for a crisis across the board,” he said. “There’s not enough supply, they haven’t injected enough into storage recently and it’s a disaster situation Europe is sitting in.”

Earnings, Fed meeting on the agenda