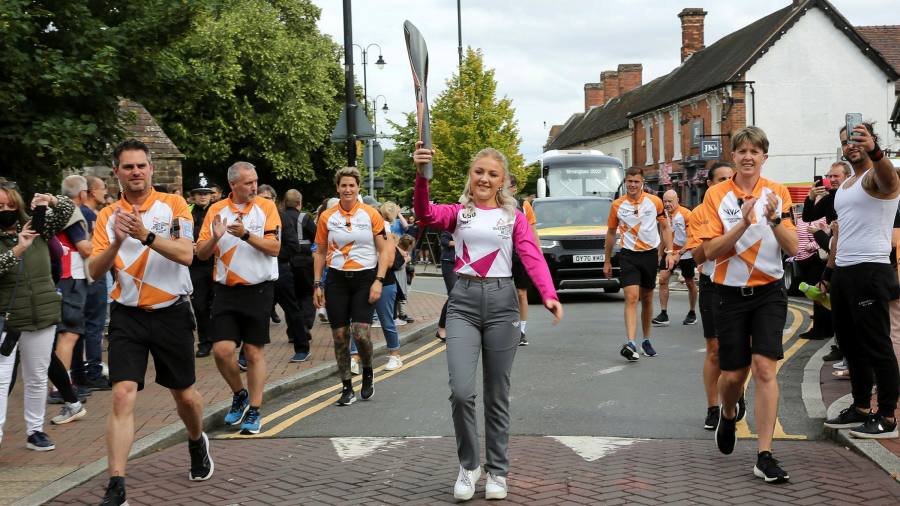 This way for the fun and games: Tory tussles, strikes and sporting action

Let the games begin. No, not the acrimonious tussle between the final two candidates in the Conservative party’s leadership election — although you can watch that on the BBC on Monday. This week is the start of the Commonwealth Games in the UK’s second-largest city, Birmingham.

The opening day of the international sports fest will be marred by that other big event of the 2022 British summer: industrial action. The RMT will stage the latest in its series of walkouts over pay levels for rail industry workers on Wednesday, the same day that Aslef — representing train drivers — counts the votes in its strike ballot over members’ pay awards. The unrest continues to spread, with telecoms engineers and port workers either striking or balloting for industrial action over pay.

Across the Channel, energy ministers from EU member states will this week meet in Brussels to decide measures to end the European reliance on Russian fuel supplies. The prospects are not good, according to Europe Express newsletter writer Valentina Pop. On Sunday, President Vladimir Putin will have his opportunity to grandstand as Navy Fleet Day is celebrated in port cities across Russia.

If that is all too depressing, then perhaps it is worth celebrating the prospect of further significant compensation for the British postmasters made to suffer because of the faulty Horizon computer system. Former Supreme Court judge Lord John Dyson is expected to make an announcement on the final settlement for victims of the IT scandal following the government’s announcement of an interim payment totalling £19.5mn in June.

The pick of the election news this week is Tunisia’s vote on a new constitution. Politicians and analysts say there is little doubt that the charter, drawn up by populist leader Kais Saied, will be adopted even if they expect a low turnout.

Next Sunday, my colleague Georgina Quach will be shepherding The Week Ahead rundown while I take a few days off. I’ll be back with you at the beginning of August.

Thank you for your messages about this newsletter. Please keep them coming, to jonathan.moules@ft.com, or hit reply to this email.

All eyes will be on Washington on Wednesday for the Federal Reserve’s latest interest rate announcement. Expectations are for a tightening of the monetary policy machinery with a 75 basis point increase. At least one senior Fed governor would like the Federal Open Market Committee to go even further.

Then we will get the data on growth — did someone mention recession — with quarterly GDP figures for the US, Canada, France, Germany and the mass of eurozone countries.

We’ve hit peak earnings season with an A to Z (or at least X) of company names — ironic given that Tuesday’s list includes Alphabet.

The negative impact of the strong dollar has been seen across a range of US earnings calls this quarter. It is expected to surface as an issue again with a clutch of results announcements from Silicon Valley tech companies, which have some of the highest percentages of revenue from overseas.

Microsoft, which reports on Tuesday, has already cut its guidance based on the dollar, and Morgan Stanley issued a note last week saying the dollar could lead to disappointing guidance from Apple when it reveals its numbers on Thursday.

Attention will also be focused on the consumer goods industry with Unilever, Danone, Procter & Gamble, Reckitt Benckiser, Nestlé and Mondelēz all reporting this week. The concern among analysts is that shoppers are tightening their belts, choosing cheap own-label supermarket products over multinational brands. The decision by Unilever and others to raise their prices has not made the situation any easier.