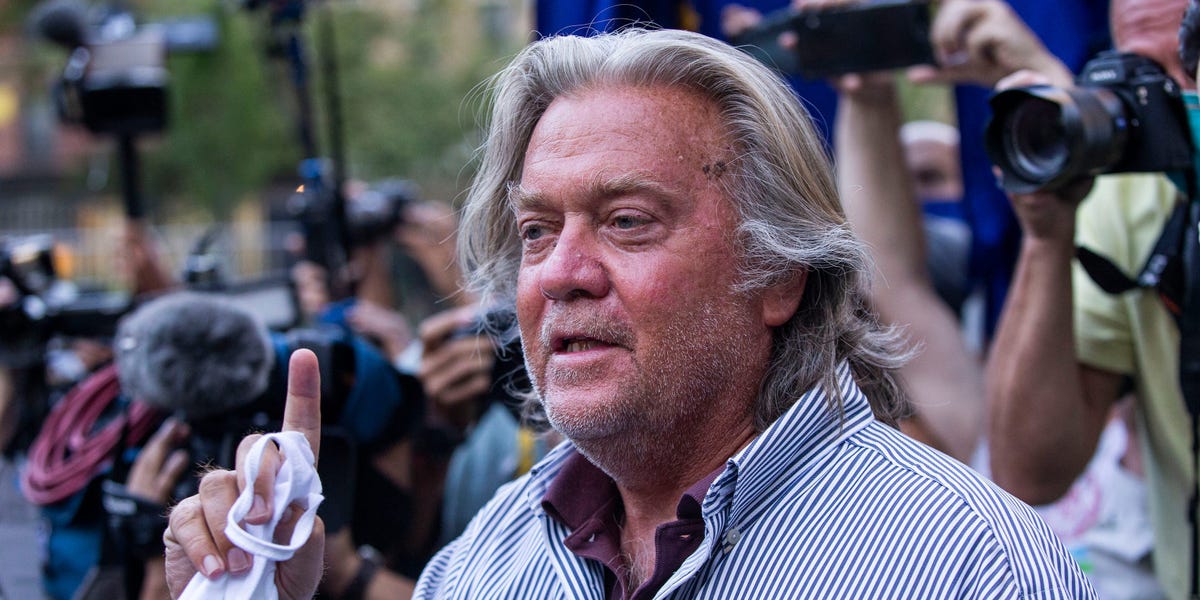 Steve Bannon Will ‘Pay the Price’ for Ignoring Jan. 6 Subpoena


Rep. Adam Kinzinger said Steve Bannon’s conviction on Friday was “justice” after Bannon failed to answer a subpoena by the House committee investigating the events of Jan. 6, 2021.

Kinzinger also warned during a Saturday appearance on ABC’s “This Week” that future witnesses who ignored subpoenas would be met with the same fate.

“It’s good. I mean, justice, right? Come in, you can plead the fifth if you want in front of our committee, but you can’t ignore a congressional subpoena or you’ll pay the price,” Kinzinger said. “That’s to any future witnesses, too.”

On Friday, Bannon, who served as an adviser to former President Donald Trump, was found guilty of two charges of criminal contempt of Congress after refusing to obey a subpoena that required him to sit for a deposition.

Each charge carries a maximum sentence of one year in prison and a $100,000 fine.

Bannon is set to be sentenced in October but said during an interview with Tucker Carlson on Friday that he would be willing to go jail in solidarity with Trump.

“I support Trump and the Constitution and I’m not backing off one inch, and if I go to jail, so be it,” Bannon said.

Attorneys for Bannon did not immediately respond to Insider’s request for comment.