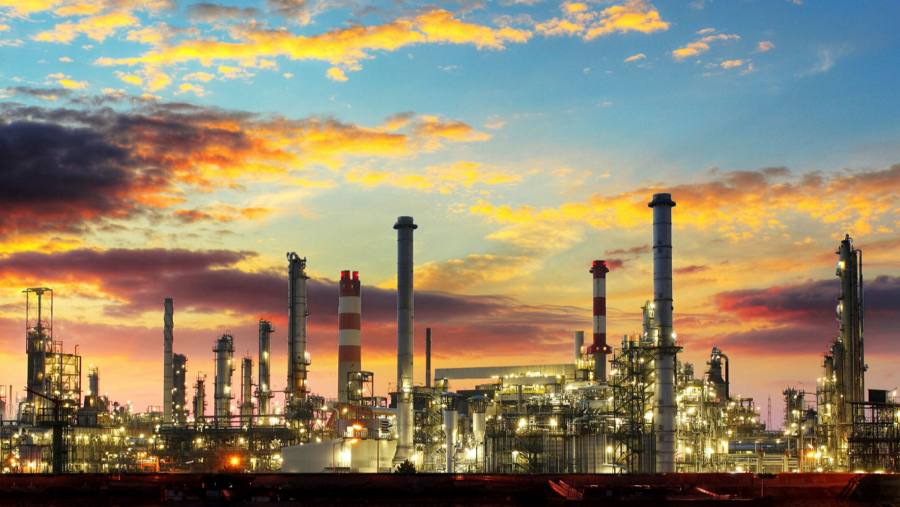 
It is 40 degrees in London at the time of writing. And, at the risk of making the rest of this review seem redundant, that fact alone should persuade anyone of the urgency of a new documentary series that outlines why we have found ourselves in the midst of a devastating climate crisis.

Airing on BBC2, PBS Frontline original documentary Big Oil v The World has been billed, with commensurate gravity, as “the most important story of our time”. Told in three hour-long parts — each named after a horseman of the environmental apocalypse: Denial, Doubt and Delay — the series gives a forensic account of how oil and gas companies have been knowingly killing the planet for more than 40 years.

We begin in the late 1970s, when a team of scientists at industry behemoth Exxon found that the continued burning of fossil fuels would produce a global greenhouse effect that would have “catastrophic” consequences, according to an in-house memo. Instead of viewing this alarming discovery as a catalyst to lead the way in developing less harmful (and less profitable) energy solutions, the documentary portrays the company as having first chosen to ignore, then actively to undermine, the research, in part by spending millions to fund “expert” climate sceptics, think tanks, pressure groups and research centres. (Exxon has rejected the allegations of wilful obfuscation detailed in the series by saying that its actions have always been “truthful, fact-based, transparent, consistent with contemporary understandings of mainstream climate science”.)

The industry’s aggressive media and lobbying crusades — referred to by former vice-president Al Gore as “the moral equivalent of a war crime” — served to pollute people’s grasp of the facts and shroud difficult truths under a toxic plume of “uncertainty”. Excerpts from widely disseminated spurious claims about how climate change was unrelated to human influence, or how scaling back emissions would lead to financial collapse, are powerfully intercut here with images of recent extreme weather disasters. Last year’s Hurricane Elsa, it is noted without further comment, caused $1bn of damage in days.

The series goes on to look at how the industry’s oily fingerprints have stained Capitol Hill and the White House. It would have been easy to play to a liberal crowd by just focusing on the Bush and Trump administrations’ coziness with the industry. But the documentary is also commendably tough on the grave missteps in environmental policy overseen by Barack Obama, who initially championed the harmful natural gas boom.

The breadth of angles the show covers and the expert insight it imparts are both its main draw and its biggest drawback. As it chronicles how facts have held less sway than punchy PR, Big Oil v The World sadly seems destined to suffer the same fate. Its dense, exhaustive approach is a laudable piece of televisual journalism, but its message is unlikely to cut through to a wider viewership in the same way as Gore’s An Inconvenient Truth or even the sledgehammer allegory of Don’t Look Up.

But if you do stick it out to the end you’ll likely be so overrun with a combustible sense of rage and indignation that you could try harnessing it as a source of green energy.

Available in full on BBC iPlayer