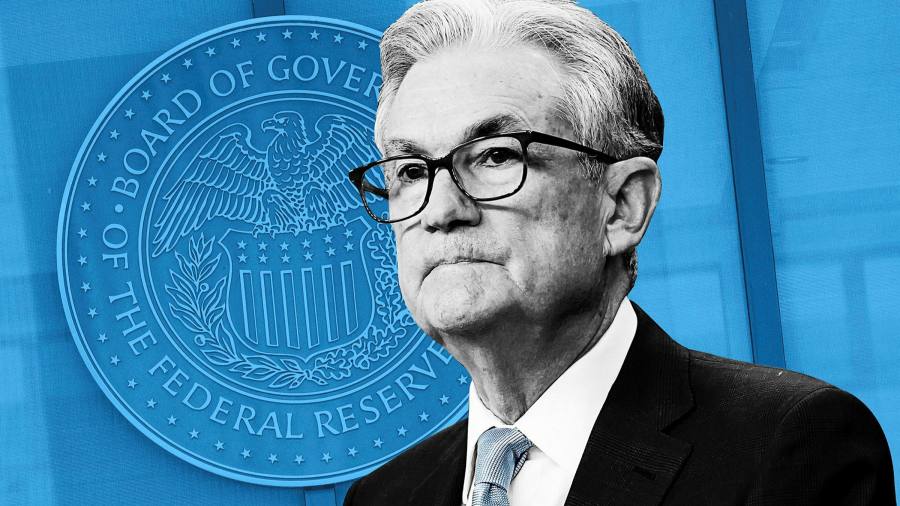 Will the Federal Reserve surprise markets next week?


Is there any room for the Fed to surprise markets next week?

The Federal Reserve is widely expected to raise interest rates by 0.75 percentage points at its July policy meeting next week.

Officials such as Fed governor Christopher Waller have in the past few weeks signalled that the central bank will deliver the same size interest rate increase as last month, following an inflation report showing that consumer prices in June rose to fresh 40-year highs.

The report also showed a sharp rise in so-called core inflation — which strips out the volatile food and energy sectors — led by higher rent and shelter costs.

That inflation data had initially pushed traders in the futures market to price in the possibility of a full percentage-point increase, but investors have since scaled back their expectations of those levels.

Analysts and economists say there is little chance the Fed will deviate from the expected 0.75 percentage point increase. But markets could be surprised by any clues from chair Jay Powell as to the bank’s plans for its September meeting. Futures markets are betting that the Fed’s key interest rate will be 3 per cent in September, implying a 0.75 interest rate increase.

But signs that the Fed is concerned about weakening economic data could curtail expectations. Kate Duguid

Eurozone inflation is set to rise again when July’s data are released on Friday.

Consumer prices in the eurozone rose at an annual pace of 8.6 per cent in June, the highest rate since the existence of the euro currency. Economists polled by Reuters expect price growth to have accelerated further to 8.8 per cent this month, reflecting high global energy and food prices following the war in Ukraine.

“We expect inflation to remain undesirably high for some time, owing to continued pressures from energy and food prices and pipeline pressures in the pricing chain,” said Christine Lagarde, president of the European Central Bank, at the bank’s meeting last week in which she announced a 0.5 percentage point increase in the key policy interest rate.

Lagarde added that higher inflationary pressures were also stemming from the depreciation of the euro exchange rate and that the risks to the inflation outlook “continue to be on the upside and have intensified, particularly in the short term”.

However, the trend of inflation also depends on economic activity, which is deteriorating. Eurostat publishes eurozone economic growth data for the second quarter on Friday alongside flash inflation. Analysts expect quarter-on-quarter growth to have slowed to only 0.1 per cent from expansion of 0.6 per cent in the first three months of the year.

Beyond the second quarter, the broader picture is that “the eurozone economy looks materially exposed to the possibility of gas supplies to Europe being cut off entirely”, said Sandra Horsfield, economist at Investec. While she does not believe that will happen, “the high level of energy prices in itself will act as a drag on output, as will rising policy rates”. Valentina Romei

Apple’s June quarter is expected to look remarkably subdued compared with one year ago.

Analysts are projecting the iPhone maker will pull in $82.5bn of revenue, up a mere 1.4 per cent from 12 months earlier when revenues surged 36 per cent.

Apple has prepared investors for stagnation. In April, it projected that supply chain headwinds and factory shutdowns in China could cost it $8bn this quarter.

Morgan Stanley, which is generally bullish on Apple, expects revenue of $80.6bn, which would mark the first decline in year-on-year sales for the tech giant since the March quarter of 2019.

The bank says it will pay particular attention to foreign exchange hiccups because of the strengthening dollar, as Apple has been raising prices in foreign markets. Still, it calls Apple the “best-of-breed name in a downturn”.

If the numbers are weak, just as recession fears intensify, investors looking to the September quarter may also worry that the past two years of unrestrained demand for iStuff could wane.

Where Apple could manage to surprise is with the iPhone, which still accounts for about half of all revenue. Recent data from China indicates a smartphone recovery took hold in June after Beijing loosened Covid-19 restrictions. Some analysts believe iPhone shipments in China last month were triple that of a year ago.

Another potential wild card is services, the fast-growing division of App Store revenue and media subscriptions where the tech giant sports profit margins north of 70 per cent. If a recession does end up sinking hardware sales, Oprah Winfrey’s 2019 reminder of Apple’s global reach in services could provide comfort to investors: “They’re in a billion pockets, y’all.” Patrick McGee