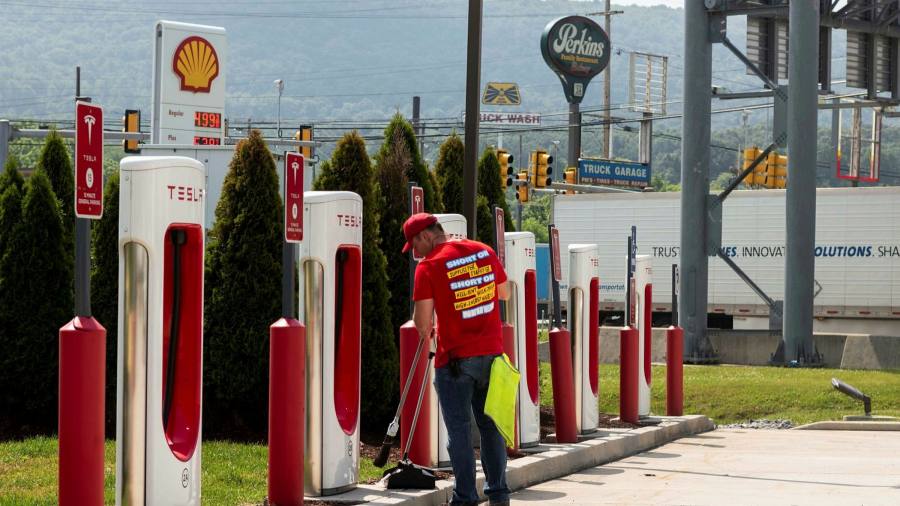 
The US political divide on how best to tackle climate change is playing out in starkly different proposals about the building of new petrol stations in Los Angeles, California, and Raleigh, North Carolina.

Los Angeles has become the latest US city to propose a ban on new stations, following in the footsteps of four other California towns that have restricted new pumps from being built.

But the movement to limit petrol and speed the transition to electric cars has not stretched to states such as North Carolina. In Raleigh, one lawmaker has written a bill proposing that electric car chargers be destroyed unless more petrol stations are built next to them.

The contrast underscores the diverging attitudes in America towards the Biden administration’s push for electric vehicles as part of a bid to curb climate change by phasing out the use of fossil fuels.

President Joe Biden has called for half of all cars sold in the US to be electric by 2030, up from 2 per cent in 2021, according to the IEA. The Environmental Protection Authority estimates that greenhouse gas emissions from transport account for 27 per cent of the US’s total emissions, making it the largest single contributor.

“We’re seeing a bit of a cultural divide at play where more urban Americans that can adopt an EV lifestyle view gasoline vehicles as polluting and a detriment, and more rural Americans view the EV push as unsympathetic to the constraints on their way of life,” said Philip Rossetti, a senior fellow at the R Street Institute, a think-tank that advocates for free markets.

Petaluma, a Californian town of 60,000 people, became the first place in the world to ban new petrol stations when it passed a local law last year changing its building codes to not only prohibit new sites but also to restrict existing stations from expanding.

Since then four towns in the state have followed suit, while several more are considering similar laws, including Bethlehem, in New York state, and Los Angeles, which would become the biggest US city to ban new stations.

D’Lynda Fisher, a council member in Petaluma, said the ban was initially discussed as a way to prevent supermarkets from building mega petrol stations on their sites in a bid to draw more customers to their stores.

“We had long lines of traffic constantly,” said Fisher. “But the real reason for banning gas stations was because we simply realised we did not need any more of them.”

Fisher said she had received hate mail related to the ban. “I’ve had a few emails calling me a stupid liberal, I’ve had barbs from people asking ‘have you lost your fucking mind?’’’ said Fisher. “No, I have not. I’m pretty sure this is exactly what we need to be doing”.

“We’ve had a lot of criticism and opposition from people saying ‘can’t you do something more gradual?’” said Koretz. “And the answer is no, we can’t be more gradual than saying no to two or three applications a year.

“Right now we have a glut of gas stations. You can usually see the next gas station from a gas station. There’s just no need for more. We’re not asking for gas stations to be shut down, we’re just saying we’ve reached a point where we shouldn’t be digging a deeper hole.”

Drought-stricken California has some of the most climate-friendly policies in the US, with plans to stop the sale of all petrol-powered cars by 2035, but the view from North Carolina is in reverse. There, the efforts to block the replacement of gas stations with electric chargers are gaining traction.

North Carolina’s Ben Moss, a Republican lawmaker, has introduced a bill in the state’s House chamber that proposes destroying the chargers built on public property if a petrol pump is not also provided, and would ban the state government from funding new chargers without also funding a petrol pump.

“Taxpayers should not be footing the bill for ‘free’ electric vehicle charging stations on state and local government property unless the same locations offer gasoline or diesel fuel at no charge,” Moss wrote on Twitter. “We need to do more to increase American energy production.”

Russia’s invasion of Ukraine has driven energy security up the political agenda and helped propel gas prices to record highs, becoming a political liability for Biden ahead of the midterm elections in November. 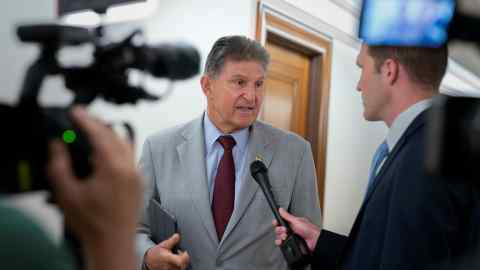 In Washington, Democratic lawmakers have been targeted for proposing that electric vehicles could be the answer to high petrol prices. Democratic congresswoman Debbie Stabenow was recently portrayed as being out of touch for praising her electric car’s ability to get her from Michigan to Washington without needing to be concerned about the cost of fuel.

Mike Kelly, the Republican congressman for Pennsylvania, pointed out that while the average cost of an electric car was $60,000, the median income of his constituents was $54,627.

The American Petroleum Institute, the largest oil and gas industry lobbying group, has also warned against a “rushed EV transition” and argued that efforts to support electric vehicles could limit transport choices. Mike Sommers, the groups president, says that government efforts to subsidise electric vehicles would be “costly for taxpayers and consumers”.

Biden has proposed a tax credit worth up to $12,500 per vehicle to assist those buying an electric car, as part of his climate and social spending bill. However, the legislation is stalled in Congress and the tax credits face opposition from the Democratic senator for West Virginia Joe Manchin — whose donors include oil and gas companies.

Climate Activists Dragged Away After Gluing Hands to Iconic Painting