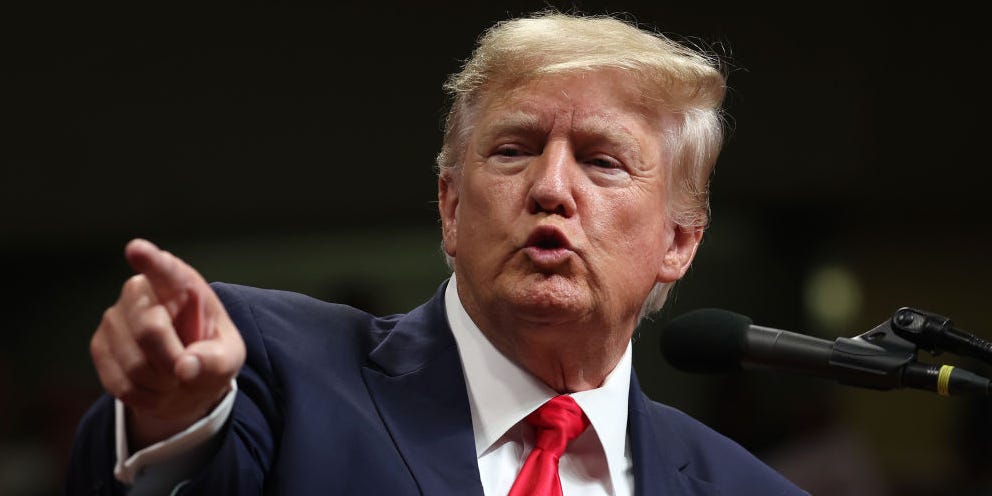 Trump ‘Unworthy’ for White House in 2024


The New York Post’s editorial board on Friday said that former president Donald Trump has shown himself to be “unworthy” to another term in the Oval Office, as speculation mounts that the ex-commander-in-chief will launch a 2024 presidential campaign sometime this year.

The move represents a stunning reversal of fortune for Trump, who was endorsed by the tabloid newspaper’s editorial board over then-Democratic presidential nominee Joe Biden in the 2020 presidential election. (In 2016, the paper withheld a general election endorsement, but backed Trump in the New York GOP presidential primary that year.)

In Friday’s editorial, The Post didn’t mince their words on the politician who they felt less than two years ago would steer the country into a better direction on the economy, criticizing him for his conduct on January 6, 2021, which the House committee investigating the riot has sought to dissect to the American people in series of public hearings.

“There has been much debate over whether Trump’s rally speech on Jan. 6, 2021, constituted ‘incitement.’ That’s somewhat of a red herring. What matters more — and has become crystal clear in recent days — is that Trump didn’t lift a finger to stop the violence that followed,” the board wrote.

They continued: “He was the only person who could stop what was happening. He was the only one the crowd was listening to. It was incitement by silence.”

Hours after thousands of people gathered at the Ellipse in Washington, DC, to protest the electoral certification of now-President Biden’s victory in the 2020 presidential election, a riot ensued at the Capitol — where throngs of people stormed the building and clashed with Capitol Police officers who were also working furiously to protect lawmakers in the building.

The Post zeroed in on Trump’s cavalier attitude toward the safety of his then-vice president, Mike Pence, who was tasked with certifying the election and rejected the then-president’s repeated entreaties to delay the process and overturn the election.

“He thought the violence of his loyal followers would make Pence crack, or delay the vote altogether,” the board wrote.

They continued: “To his eternal shame, as appalled aides implored him to publicly call on his followers to go home, he instead further fanned the flames by tweeting: ‘Mike Pence didn’t have the courage to do what should have been done to protect our Country and our Constitution.’ His only focus was to find any means — damn the consequences — to block the peaceful transfer of power.”

Trump was impeached by the House in January 2021 for “incitement of insurrection” for his role on the day of the riot, but he was acquitted by the Senate the following month, as the body did not muster a two-thirds threshold.

With regard to Trump potentially committing any crimes due to his conduct on January 6, the Post reminded readers that such a decision is in the hands to the Department of Justice, but said the publication’s board decried his temperament.

“As a matter of principle, as a matter of character, Trump has proven himself unworthy to be this country’s chief executive again,” the board stated.

Trump has teased a presidential run since he left the White House last year, but he will likely face a slate of GOP candidates — which could include Florida Gov. Ron DeSantis and former Secretary of State Mike Pompeo — who want to offer a fresh vision for the party and are unwilling to wait until 2028.