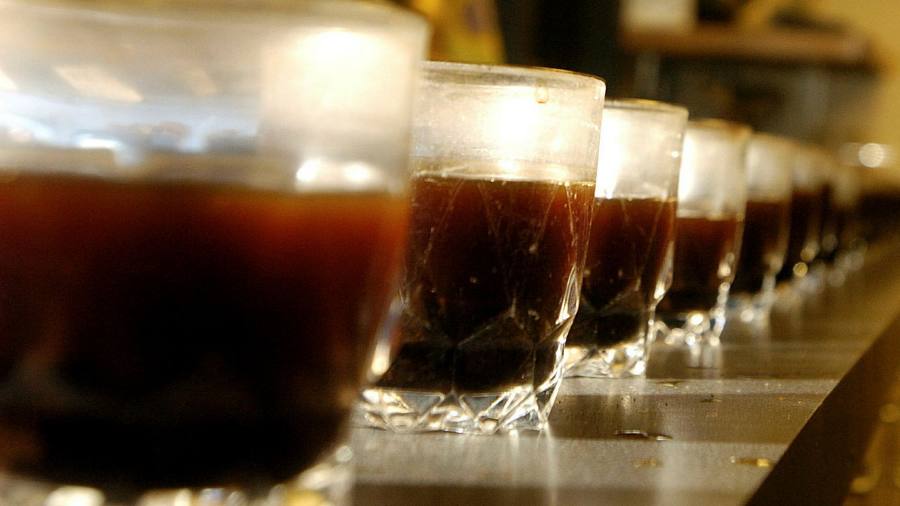 Coffee: wild species are at risk but cafés keep opening


The typical cup of coffee served in a 17th-century London coffee house was described as tasting of “syrup of soot”. It was thick, smoky and strong. Today the preference is for sweeter drinks. Bulletproof coffee made with liquid butter, say. Or syrupy lattes and cold brew coffee, steeped in room-temperature water for hours.

Scientists from Royal Botanic Gardens, Kew warn that 60 per cent of wild coffee species are under threat of extinction due to climate change. Their diversity is used to help commercial crops. Supply disruptions have already lowered reserves of arabica coffee.

Regardless, demand for coffee is still rising. Pubs still outnumber coffee shops in the UK. But while pubs are disappearing from high streets, more cafés are appearing each year. In the UK, the number of coffee shops doubled between 2009 and 2019 to almost 26,000, according to Allegra World Coffee Portal.

Not all are cosy spots with free WiFi and snacks. The total includes coffee sellers such as the bakery Greggs. There are about 600 coffee drive-throughs. Do not expect the expansion to stop. By 1739 there were more than 550 coffee houses in London, according to Jonathan Morris, professor of history at the University of Hertfordshire. That equals about one per thousand residents. Today, London is estimated to have more than 3,000 cafés — about one per 2,000 residents. Coffee chains may feel ubiquitous but history suggests there is room for more.

Then, as now, coffee houses offered more than just caffeine. Clientele tended to gather with others of the same occupation or political persuasion. Whigs in one, Tories in another and merchants in a third. Some of London’s earliest coffee houses led to the creation of institutions that still exist today. Lloyd’s of London, for example, began life as Lloyd’s Coffee House.

The US is still by far the largest coffee market. It is also home to the biggest coffees. While an Italian espresso cup is about 2oz, a Starbucks venti is 24oz. But in the UK, coffee is now more popular than tea when bought outside the home. Homegrown company Costa is the second-biggest coffee house chain in the world.

Cafés claim that buying lattes and cappuccinos is a lifestyle option. But sales of coffee are also helped by the fact that coffee chains seem incapable of making a decent cup of tea.