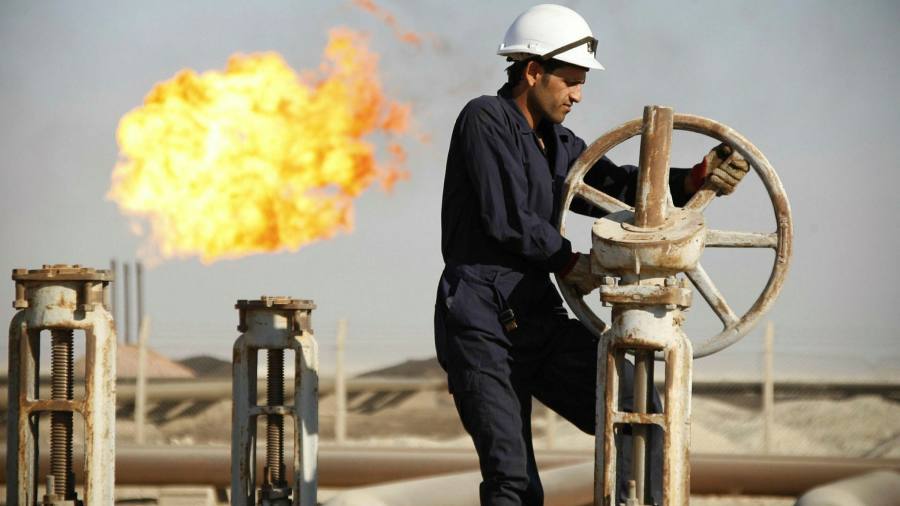 
Oilfield services group Schlumberger reported a bumper quarterly profit and sharply raised its outlook for the year as the industry benefits from higher oil prices triggered by Russia’s invasion of Ukraine.

Chief executive Olivier Le Peuch said on Friday the world’s biggest provider of services to the oil and gas industry expected to boost revenue this year to “at least” $27bn, compared with $23bn in 2021.

A rise in upstream activity as crude prices surged above $100 a barrel this year has bolstered demand for oilfield services, including drilling wells, and buoyed prospects for a sector battered during the coronavirus pandemic-induced oil crash of 2020.

Le Peuch said the industry was in the middle of a “multiyear upcycle [that] continues to gain momentum with upstream activity and service pricing steadily increasing both internationally and in North America”.

Schlumberger’s bumper second quarter included net income of $959mn, more than double the level in the same period last year. Revenues of $6.7bn were up by a fifth. The shares rose 4.3 per cent in New York on Friday.

Crude prices have leapt in the past year, thanks largely to surging oil demand. That ascent has been further reinforced by mounting fears of supply shortages due to years of under-investment and western governments’ efforts to cut energy exports from Russia following its invasion of Ukraine.

The chief executive of rival Halliburton, which reported an almost 40 per cent jump in revenues this week, said on Tuesday that the North American oilfield services market was “all but sold out” and would tighten further next year as upstream activity increased.

The latest round of results overall mark a reversal in fortunes for the industry. The oil price crash during the pandemic shattered demand for oilfield activity and upstream spending, prompting the service companies to sack tens of thousands of workers and idle equipment.

While Russia’s invasion of Ukraine has accelerated the industry’s recovery, it has also hurt the big oilfield services groups, which have all now pulled back from a country that was a crucial driver of activity in recent years.

Baker Hughes on Wednesday took a $365mn impairment charge on its Russian operations, which it said it was trying to offload via a management buyout or outright sale.

It was also hit by component shortages and supply chain inflation, leading to a 2 per cent drop in quarterly revenue compared with a year earlier.

Baker’s chief financial officer Brian Worrell said delays on deliveries of parts it needed had doubled from 11 days to 25. “We’re sitting at 60 per cent on-time delivery from our suppliers of electronics and chips to us,” he said.

But rising demand from drillers coupled with widespread shortages — in everything from the sand used in fracking American shale wells to rig hands and drivers — have also improved margins for services providers.

“What we see in our business is activity [and] demand moving up. We see a tighter [20]23 than we see in [20]22,” Halliburton chief executive Jeff Miller said. “All of these signals in our business are extremely positive.”

Months of crude prices above $100 have brought a slow recovery in US oil output, which is now about 12mn barrels per day. That is still well below the record high of around 13mn b/d struck in 2019 before the pandemic.

While shale production is growing, operators remain under pressure from Wall Street to hold back spending and repay capital.

The possibility of economic recession and a drop in global oil demand also now looms over the sector, executives have acknowledged.

Le Peuch struck an upbeat tone, though. “The combination of energy security, favourable break-even prices, and the urgency to grow oil and gas production capacity is expected to continue to support strong upstream [exploration and production] spending growth,” he said.

But Baker Hughes chief executive Lorenzo Simonelli said on Wednesday the industry faced an “unusual set of circumstances and challenges” over the next two years.

“The demand outlook for the next 12 to 18 months is deteriorating, as inflation erodes consumer purchasing power and central banks aggressively raise interest rates to combat inflation,” he said. Oilfield services companies are “healing from their near-death experience in 2020”, said Raoul LeBlanc, an analyst at S&P Global. But he cautioned that lingering capital restraint from producers, and concerns about future oil demand, could remain a longer-term headwind for the sector.

“Their results look good, but it is unclear whether they will enjoy the upcycle as would normally happen . . . We need new equipment to take it to the next level and grow quickly. But everyone is afraid of making those long term commitments in a business that may not be here.”