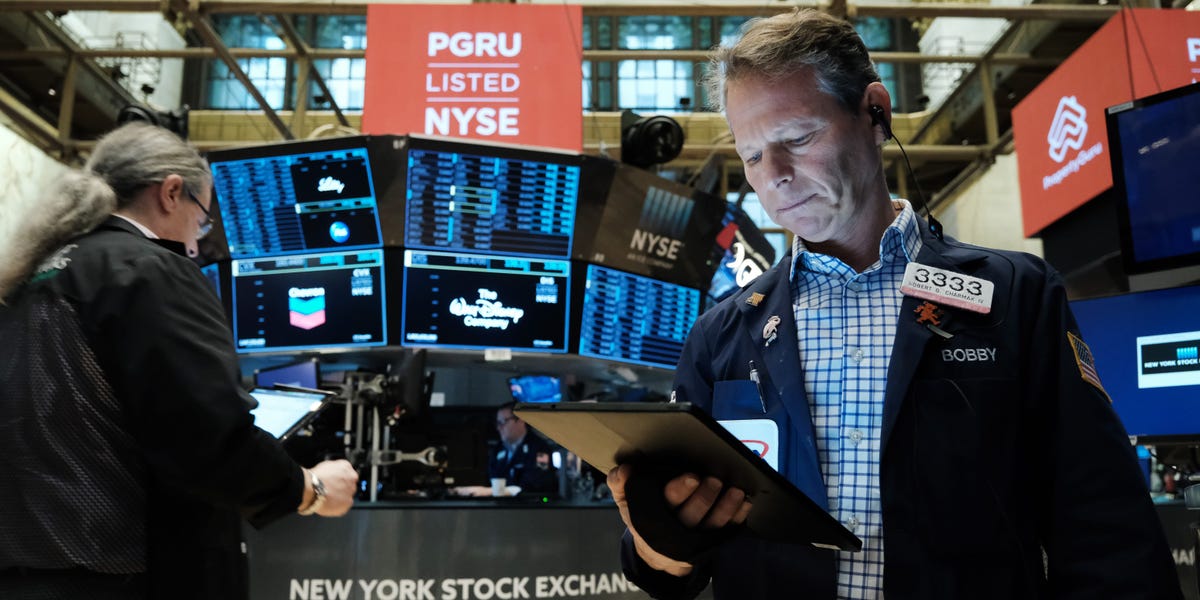 Snap plunged as much as 32% in early Friday trades after the company missed analyst’s revenue estimates and reported a wider loss than the year prior. The lack of visibility in its business due to a continued slowdown in online advertising spend led Snap to say it wouldn’t provide third-quarter revenue guidance.

Other stocks down due to disappointing earnings on Friday included Verizon and Intuitive Surgical, among others.

But not all results have been bad so far this earnings season, and investors are sifting through the good and the bad to get a sense on the current state of the economy. Of the 17% of S&P 500 companies that have reported earnings, 80% have beat profit estimates by a median of 7%, while 76% beat revenue estimates by a median of 2%, according to Fundstrat.

Here’s where US indexes stood shortly after the 9:30 a.m. ET open on Friday:

Commodity prices continue to fall, which is a benefit for consumers who have been dealing with a record surge in inflation in recent months. Wheat prices fell to levels not seen since the start of Russia’s war against Ukraine after the two countries signed a deal to unblock shipments of the grain.

Russian oil is finding its way to Asia on tankers that used to carry sanctioned Iranian crude, as “dark” trading in commodities from Russia continues to grow.