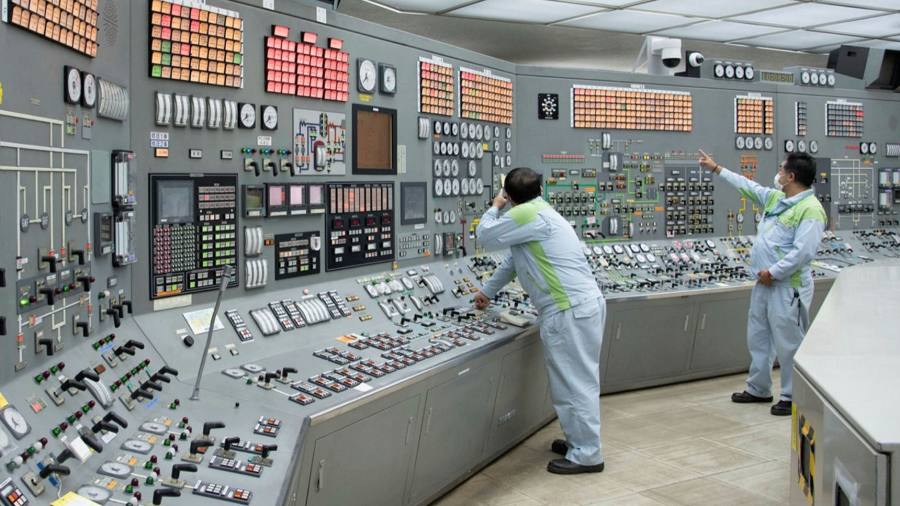 
Green activists have put in a record number of demands to Japanese companies for action over fossil fuel investment — just as experts warn that liquefied natural gas (LNG) project financing will be necessary for several years because of the war in Ukraine.

Among the companies were Japan’s second-biggest lender, SMFG, and Tepco, a provider of electricity to Tokyo. According to the activists, the lifetime emissions from 10 LNG projects planned by these businesses will be around 1.2bn tonnes of carbon dioxide.

“Japan is on the front line of a global economy-wide transition driven by the need to adapt to the threats and opportunities of the climate crisis,” said Sachiko Suzuki, a researcher at Market Forces, in a statement in April. “Change is happening fast and those companies that fail to align their strategy are creating a grave risk to their future. Investors are alive to these threats and demanding action.”

Lenders say they are caught in the middle. In an interview with the FT in the same month, Masahiro Kihara, the chief executive of Japan’s third-largest lender, Mizuho, said the government should speed up the creation of a post-Ukraine energy plan, stressing it was indispensable.

“What I’d like to be done is for the government and the private sector to have a very serious discussion about this,” said Kihara. “And I think that’s one thing that’s not being accomplished right now by the politicians. There’s no debate on energy policy.”

“There has to be a discussion with a specific timeframe in mind: for example, ‘until here, we’ll use LNG, after that, we’ll use renewables, etc’. We need to have that kind of grand design. And relying on other countries has become very risky,” he added.

Amendments proposed by activists at the AGMs required two-thirds majority support and they did not pass. Still, corporate executives privately say they cannot ignore strong shareholder backing of climate motions even if they are not agreed.

A case in point is a motion from 2020, when a climate group filed the first such proposal to Mizuho. The motion prompted the country’s three largest banks to refrain from financing future fossil fuel projects.

Since Russia’s invasion of Ukraine in February, however, there have been several clear signs that the world is shifting back to more LNG, as gas prices on the spot market soar and Russia threatens to cut supplies to more countries.

Late last month, the G7 group of industrialised nations said investment in LNG was a “necessary response to the current crisis”, adding that, “in these exceptional circumstances, publicly supported investment in the gas sector can be appropriate as a temporary response.”

Another indicator, says Kaushal Ramesh, gas and LNG analyst at consultancy Rystad Energy, is France’s state-backed utility Engie signing a 15-year deal with Houston-based NextDecade — even though the talks were suspended in 2020 after the French government raised environmental concerns.

“The biggest sign of reversal is that European buyers are now signing 20-year contracts with the US,” says Ramesh. “We are starting to see clear signs of a reversal of the ‘no fossil fuel’ policy.”

Ramesh cites a string of deals by US LNG companies as American exporters position themselves to fill the gap as Europe turns away from Russian imports.

Venture Global, an exporter on the Gulf of Mexico coast, says it has struck a deal to sell 1.5mn tonnes a year to EnBW, one of Germany’s largest energy companies, in the first binding long-term agreement by a German company to buy US LNG.

More stories from this report

Gas prices in Europe have jumped after Russia cut capacity on its main gas export pipeline to Germany, fuelling concerns that Moscow is weaponising its gas exports in response to EU sanctions.

Rystad Energy warns that LNG demand will outstrip supply by the end of this year. The consultancy adds that “although soaring demand has spurred the greatest rush of new LNG projects worldwide in more than a decade, construction timelines mean material relief is unlikely only after 2024”.

Scott Neilson, partner at law firm Allen & Overy, says banks are “in a tough spot because they know that a lot of their clients want to be developing their businesses and their countries, and they’re given limited options”.

Neilson adds that it remains unclear whether resistance to lenders investing in LNG projects will affect funding at such a critical time, but adds: “Certainly not in the short run — maybe longer term when there’s viable alternatives but, at the moment, there’s a need for Asia-Pacific to transition away from coal, frankly.”