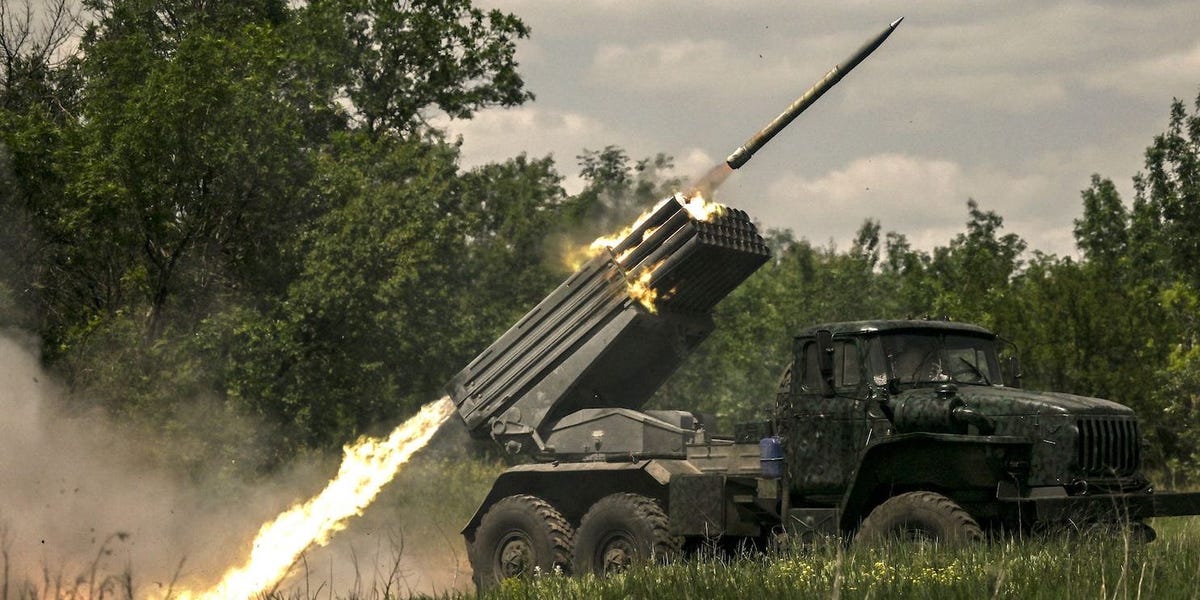 
Russia told a militia group to prioritize destroying Ukraine’s long-range weapons given by Western countries, its defense ministry said, in the latest sign that Russia is threatened by Ukraine’s newer firepower.

Shoigu also told all units to “eliminate the possibility for the Kyiv regime to inflict massive missile and artillery strikes” on areas under Russian control, The Moscow Times reported.

The ministry statement also said, without offering any evidence, that Russia was using long-range weapons to fire at residential areas and “deliberately” set fire to wheat fields and grain storage in pro-Russia separatist areas.

Since Russia invaded on February 24, Ukraine’s Western allies have donated weapons. In recent weeks, those included long-range weapons that Ukraine had long asked for and said would give an advantage over Russia.

Ukrainian President Volodymyr Zelenskyy said earlier this month that weapons from Western countries were allowing Ukraine to push back against Russian assaults.

The weapons given to Ukraine include High Mobility Artillery Rocket System (HIMARS) missiles from the US, which Ukraine said last week was used to kill a Russian general. The first of those systems arrived in Ukraine on June 23.

The US Department of Defense said HIMARS weaponry was “making an impact” in helping Ukraine’s military.

And Igor Girkin, a former commander of pro-Russia separatist forces in eastern Ukraine, said on July 10 that Russia suffered big losses over a week due to HIMARS attacks and that Russia’s air defense systems  “turned out to be ineffective against massive strikes by HIMARS missiles,” The Moscow Times reported.

But despite that Western help, Russia appears to have a bigger weapons supply than Ukraine.

Ukraine says it still needs more long-range weapons shipped to it faster to hold back Russia and regain territory.