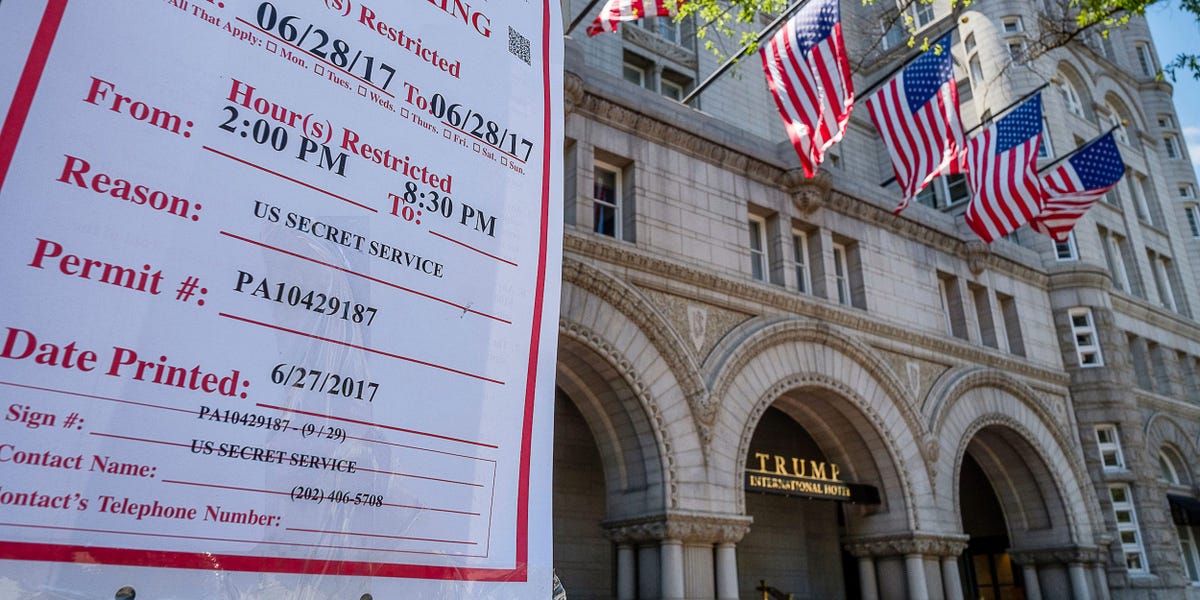 
Two New York residents were arrested in connection to a $27 million investment scam, which included charging 12 investors $93,000 each to attend a Trump fundraiser in 2017, according to a federal criminal complaint.

Sherry Xue Li, 50, and Lianbo Wang, 45, both of Oyster Bay, New York, were charged with wire fraud conspiracy, money laundering conspiracy, and conspiracy to defraud the United States by obstructing the Federal Election Commission’s (FEC) administration of campaign finance laws, according to a press release from the Justice Department.

Federal investigators said Li and Wang’s nearly decade-long “massive, multi-layered fraud scheme” duped investors, many of whom were foreign nationals living outside the US, into investing in a fictitious project to build a private educational institution in Sullivan County, New York, called the “Thompson Education Center.”

Michael Driscoll, FBI assistant director-in-charge, accused Li and Wang of also promising investors “green cards, access to political figures, and dividends on their money” from the education center, producing “tens of millions of dollars” coming from investors and straw donors.

But out of all their promises, Driscoll said “only one promise came to fruition, the access to political power.”

Investigators said Li and Wang took the money from investors and unlawfully donated it to US politicians and political committees under their names, including charging 12 investors $93,000 each to attend a Trump fundraiser on June 28, 2017, and take pictures with then-President Donald Trump.

“Li and Wang used the funds that they collected from the foreign nationals to unlawfully make $600,000 in political contributions in their own names — $270,500 from Li and $329,500 from Wang — to the joint fundraising committee hosting the June 28, 2017 Fundraiser,” according to the DOJ release.

Li, Wang, and their investor guests then took photos with Trump, using the photographs to solicit more investments in their fictitious Thompson Education Center project.

On top of the $600,000 donation to the Trump fundraising committee, Li also donated more than $32,000 to the Republican National Committee in October 2016, as well as a $55,000 donation to then-New York Gov. Andrew Cuomo when he sought re-election in 2014, according to a 2017 profile of Li published by USA Today. It was not immediately clear if these donations were a part of the investment scam.

“It’s alleged that Li and Wang defrauded their victim-investors out of millions, then used their ill-gotten gains to live luxuriously and ‘rub elbows’ with prominent politicians,” Thomas Fattorusso, Special Agent in Charge of IRS:CI New York, said in a statement.

Fattorusso added: “It is through law enforcement partnerships and collaboration that we were able to break-down this multi-layered fraud scheme and ensure that the alleged culprits now face justice for their criminal behavior.”