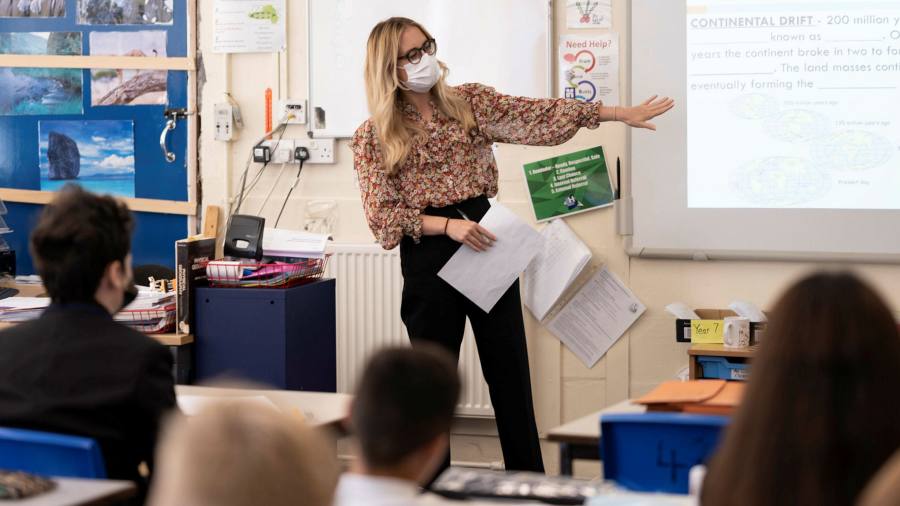 
UK trade unions representing teachers, nurses and doctors are gearing up to reject proposed pay rises of up to 5 per cent and ballot their members on strike action.

Prime Minister Boris Johnson’s cabinet will on Tuesday sign off on wage settlements covering 2.5mn public sector workers, in one of the most significant decisions left to be taken by his caretaker government.

Pay awards for the coming year will vary from sector to sector, but one senior government official said pay rises of between 4 and 5 per cent were expected.

This goes further than the 2 to 3 per cent increase in public sector pay factored into the government’s spending review in October last year but still falls well short of soaring living costs.

Official data for the June inflation rate due on Wednesday are expected to show price rises hitting a fresh 40-year high. In May, inflation stood at 9.1 per cent, and the Bank of England expects it will reach 11 per cent by the autumn.

Pay awards to each public sector group — including health workers and teachers, senior civil servants, judges, police and prison officers and the armed forces — will be announced after the cabinet meeting on Tuesday in written ministerial statements, said a government insider.

“We were never going to be able to offer inflation-busting pay offers,” said one government official briefed on the cabinet discussions.

Kevin Courtney, joint general secretary of the National Education Union, said the overall pay offer would need to be “substantially better” than 5 per cent to address recruitment and retention problems in schools.

He added that even the 9 per cent pay rise envisaged for new teachers was no longer an advance in real terms, while experienced staff could be left as much as 27 per cent worse off than they were in 2010.

Courtney said if the offer was not good enough, the NEU would urge its members to pursue industrial action and hold ballots during the autumn term.

“A pay increase falling far short of prices won’t take the heat out the staffing crisis,” said Sara Gorton, head of health at Unison, one of 13 unions that have called for NHS pay to at least match inflation.

Pat Cullen, general secretary of the Royal College of Nurses — which has called for pay to rise 5 per cent above inflation — said “yet another” real terms cut would be “completely unacceptable”.

Philip Banfield, the new head of the British Medical Association, which represents doctors, has warned strikes by junior colleagues over pay were “inevitable” by the spring.

The PCS union, which represents civil servants, said candidates seeking to succeed Johnson as Tory leader and prime minister had shown “contempt for their own workers” by refusing to endorse a bigger public sector pay rise in Sunday’s television debate on ITV.

Simon Clarke, Treasury chief secretary, will explain the government’s thinking on Tuesday and is expected to say the pay awards strike a balance between helping households with the cost of living and avoiding fuelling inflation.

Ben Zaranko, an economist at the Institute for Fiscal Studies, a think-tank, said this argument did not hold, because public sector pay “should be set with the objective of attracting, retaining and motivating” the right number and mix of staff to meet the government’s objectives — and was not the right tool either to help low-income households or to fight inflation.