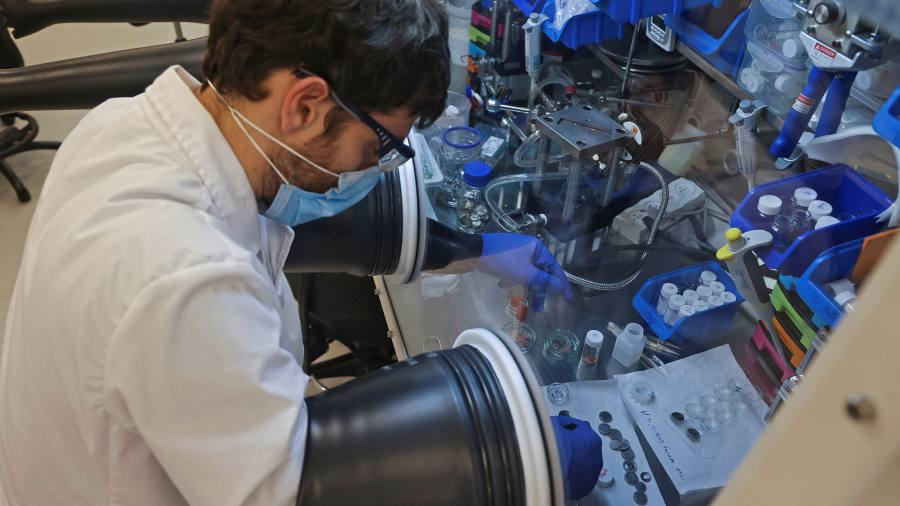 
When the Queensland state government sent Anita Parbhakar-Fox to the remote town of Mt Isa in the Australian outback to hunt for cobalt in copper mine waste, the geology professor had high expectations.

But when she tested the samples back at her lab at the University of Queensland she was shocked. One reading showed 7,000 parts of cobalt per million — more than 200 times cobalt’s average presence in the earth’s crust.

“I nearly fell off my chair when I got that piece of data,” she said, explaining that 300 ppm is enough to get miners excited. “If you’ve got 7,000 ppm, that’s pretty juicy. It was a eureka moment.”

Australia’s state and federal governments are sending teams of geologists into the outback to scour mine waste for cobalt, as the country seeks to diversify from fossil fuels to become an exporter of clean energy minerals, such as cobalt, nickel and lithium.

Parbhakar-Fox’s discovery indicates how numerous waste pits and tailings dams in the region may contain large quantities of cobalt conveniently located near mining and transport infrastructure. The country produces only 4 per cent of the world’s cobalt despite having nearly 20 per cent of its estimated deposits, according to government figures.

“It’s a game changer for Australia,” said Joe Kaderavek, chief executive of Cobalt Blue, an Australian cobalt miner and processor based in Broken Hill in south-east Australia, that is examining the potential to extract cobalt from mine waste.

“The scale of the cobalt opportunity in these tailing dams and dumps would mean that we would not be making 3,000 or 4,000 tonnes of cobalt [a year], but four or five times that, if we were to bring that to the market,” Kaderavek said.

He estimated that there may be as much as 300,000 tonnes of cobalt in forgotten mine waste left by companies over the past century when metals for batteries were not in high demand.

Cobalt is a key component in lithium-ion batteries used in electric vehicles and smartphones, and is generally found alongside copper and nickel deposits.

While batteries can be made without cobalt, its inclusion significantly increases efficiency. Three quarters of EV batteries made last year contained the metal, according to the Cobalt Institute, a UK-based trade association.

But the sources of cobalt are problematic. The Democratic Republic of Congo (DRC) in Africa produces more than two-thirds of the world’s cobalt according to Wood Mackenzie, and the industry there has come under sustained criticism for human rights abuses.

A landmark 2016 report by Amnesty International found child labour was common in small artisanal mines, where workers were exposed to dangerous conditions for little pay.

“I think [cobalt] has still got a place in the battery system for better performing batteries. And if you could mine it where it is reasonably cost competitive and rely on a reliable stream that is ex-DRC, then you will definitely have buyers,” said Ross Gregory of advisory group New Electric Partners.

Allison Britt, director of mineral resources advice and promotion at Geoscience Australia, a federal government agency that is mapping cobalt deposits in mine waste across Australia, said the country had “enormous potential to supply more of the world’s cobalt”.

“If we did so, it would be produced under our strong environmental, social and governance regime, which would reduce reliance on the cobalt mines from the Congo,” she said.

Analysts said another motivation to build new cobalt supply chains is to break China’s dominance of cobalt processing. Last year China accounted for 72 per cent of cobalt refining according to the Cobalt Institute. Australian miners have typically balked at processing their minerals onshore, but that is changing.

US appetite for Australian cobalt was proved earlier this year when General Motors signed a long-term contract with Glencore, Australia’s biggest cobalt producer, for cobalt mined and processed in Western Australia.

The carmaker will use the cobalt to manufacture batteries at a new plant in Ohio through a joint venture with LG. GM said the deal provided “responsible sourcing and supply chain management”.

While Australia has potential as a cobalt exporter, experts said it was unclear whether investors would risk putting up long-term capital when battery technology is developing so quickly.

“It typically takes about eight to 15 years to bring a greenfield mine to production,” said Ying Lu, a London-based battery metals analyst with Wood Mackenzie.

“If we start to invest and construct now, then the earliest material we can get is for the early 2030s. And in that time we will probably face more uncertainty on the demand side.”

Though promising, the waste pits at Mt Isa lie undeveloped. With Indonesia in particular fast developing its cobalt industry, Lu said Australia could miss the opportunity.

But Parbhakar-Fox said miners were already asking about her research, which the Queensland government is expected to make public to encourage investment.

“We can prove the cobalt is there. But how to put the steps in place to enable those explorers to [invest] is the next challenge,” she said.

Trump Drawn to 2024 Run Because of Presidential Immunity: Report