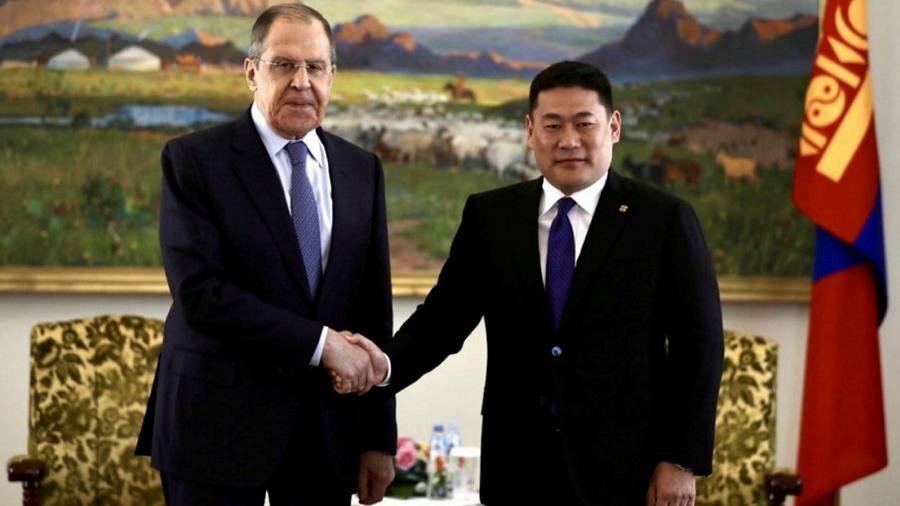 
Mongolia expects Russia to begin construction of the “Power of Siberia 2” gas pipeline through its territory to China within two years, as Moscow moves to connect its Europe-supplying gasfields to Asia for the first time.

Mongolia’s prime minister Oyun-Erdene Luvsannamsrai told the Financial Times that while the war in Ukraine had clouded planning for the pipeline, he expected construction to go ahead.

The Power of Siberia 2 project has become critical to Russia as it faces the prospect of losing Europe as a market for its gas following its invasion of Ukraine and accusations it has “weaponised” supply to create a price crisis.

“The feasibility study of this project has finished and we believe construction will begin in 2024,” Luvsannamsrai said.

The prime minister also said Rio Tinto’s huge Oyu Tolgoi mine project in Mongolia was on schedule and that the country was making progress in preparations to deal with looming bond repayments.

Power of Siberia 2 will connect Siberian fields that supply Europe — which has pledged to end its dependence on Russia’s state-backed Gazprom — to China, where demand for gas is rising.

Mongolia, which has a population of more than 3.3mn in a vast territory, is landlocked between China and Russia. Luvsannamsrai said that being hemmed in by two “superpowers” at a time of geopolitical stress created complications, but that Mongolia was used to working closely with both.

Ulan Bator signed a memorandum of understanding with Moscow in 2019 to explore the Power of Siberia 2 pipeline, which would carry up to 50bn cubic meters of gas a year through its territory.

Luvsannamsrai said there had not been any significant increase in pressure from Russia to accelerate construction of the line despite Gazprom’s plans to pivot its focus to Asia. Alexei Miller, Gazprom chief, has suggested China will become its cornerstone customer in the future.

Luvsannamsrai said the final route of the line through Mongolia was still being “deliberated”.

The 2,600km pipeline has been predicted to enter service in about 2030, but industry executives believe that could be brought forward given Moscow’s need to find markets for its energy supplies.

Transit fees from the pipeline will help Mongolia’s economy, which was hit hard by the coronavirus pandemic. China, its main trading partner, frequently closed Mongolian export routes as it tried to control the virus.

Luvsannamsrai said he expected Mongolia’s economy to strengthen this year, helped by new rail connections to China that will be used to ship commodities such as coal and copper.

Exports of copper are expected to grow substantially in the next few years as miner Rio Tinto expands development of a huge copper deposit in the Gobi Desert.

The Oyu Tolgoi mine is Mongolia’s biggest source of foreign direct investment and provides thousands of well-paid jobs, but its underground expansion has been beset by delays and cost overruns that have caused bitter rows between Rio Tinto and Ulan Bator.

Last year, Mongolia threatened to halt work on the project, saying it would never receive a dividend from the mine because of the amount of debt taken on to develop it.

Rio in December agreed to write off more than $2bn of loans and interest used by the government to fund its share of total development costs that were on Friday revealed to total $7bn, up from $5.3bn.

Luvsannamsrai, who met with Rio chief executive Jakob Stausholm last week, said he was “confident” the mine was running to schedule, with underground production to start in the first half of next year.

“I believe this will be clear example of how Mongolia can work actively and efficiently with its investors,” the prime minister said, referring to the deal with Rio. 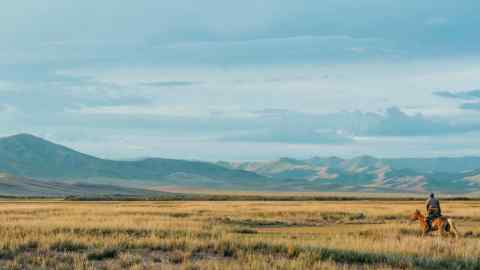 Asked about Mongolia’s foreign debts, Luvsannamsrai acknowledged Ulan Bator had some “issues” to work through, but pointed to a recent deal with Japan for early repayment of a yen-denominated bond as evidence of progress.

He said Mongolia had been “focusing on how we can improve our reputation” in capital markets.

Including the samurai bond, Mongolia has about $1.3bn of bonds maturing in 2023 and $600mn in 2024, but low levels of foreign currency reserves.

“We believe the recent drop in commodity prices is a temporary shock . . . due to the pandemic and the Russian-Ukraine crisis,” Luvsannamsrai said. “We have an optimistic view that copper use and production will not decrease in the future but increase.”