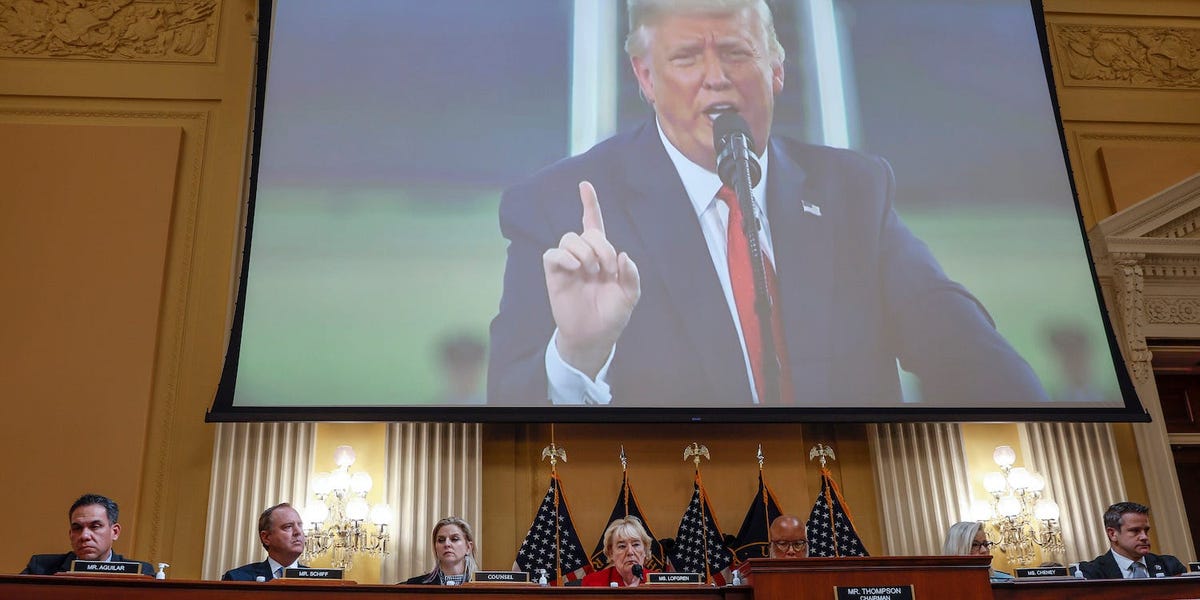 
Rep. Adam Kinzinger said Sunday that the January 6 committee has “filled in the blanks” on actions taken by President Donald Trump on the day of the Capitol riot.

The Illinois Republican was speaking on CBS’s Face the Nation on Sunday when moderator Margaret Brennan asked if the committee had discovered what Trump was doing and who he had spoken with in the 187 minutes that passed between when he left his “Stop the Steal” rally to when he tweeted a video asking his supporters to leave the Capitol.

“We have filled in the blanks,” Kinzinger said. “I can’t necessarily say that the motives behind every piece of information we know we’ll be able to explain. But this is going to open people’s eyes in a big way.”

The actions, or inaction, taken by Trump to quell the insurrection is one of the key questions the House select committee investigating the Capitol riot has been exploring. The committee has said the upcoming hearing on July 21 will include witness testimony that demonstrates Trump ignored those around him who urged him to call off his supporters sooner.

“The reality is — I’ll give you this preview — the president didn’t do very much but gleefully watch television during this timeframe,” Kinzinger said Sunday.

He continued: “I knew what I felt like as a US Congressman, if I was a president, sworn to defend the Constitution — that includes the legislative branch — watching this on television, I know I would have been going ballistic to try to save the Capitol. He did quite the opposite.”

Explosive testimony from Cassidy Hutchinson, who served as a top aide to White House Chief of Staff Mark Meadows, included some details about the president’s actions that day. She testified she heard Trump got into a confrontation with Secret Service agents while demanding to join his supporters at the Capitol, and that Trump knew some people in the crowd were armed. Trump has denied her testimony and called her “bad news.”

Trump has repeatedly dismissed the January 6 committee hearings as illegitimate and criticized Kinzinger as a RINO, an insult that stands for Republican In Name Only.

Kinzinger said last week the committee was considering asking Trump and former Vice President Mike Pence for testimony. On Sunday he said he’s not sure if talking to Trump would be valuable, adding he believes he could lie under oath, but that talking to Pence would be more valuable.

Trump’s office did not immediately respond to Insider’s request for comment.