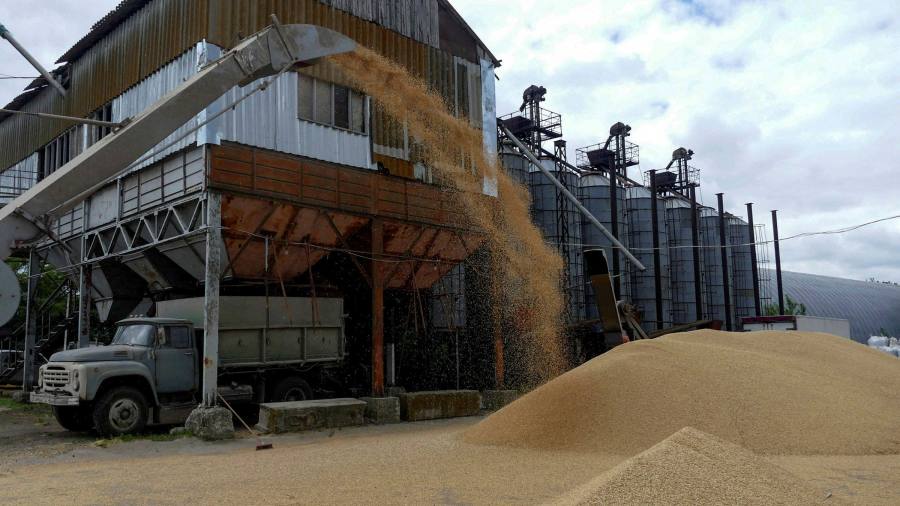 
The EU’s chief diplomat said he hoped there would be a deal this week to allow Ukrainian grain to be exported from Black Sea ports, amid fresh efforts to avert a global food crisis in the wake of Russia’s invasion of the country.

“I have a hope that this week it will be possible to reach an agreement to unblock Odesa and other Ukrainian ports,” said Josep Borrell on Monday ahead of a meeting of EU foreign ministers in Brussels. “The life of thousands, more than thousands, tens of thousands of people depends on this agreement. It is not a diplomatic game. It is an issue of life or death for many.”

Russia’s invasion and its attacks on Ukraine’s Black Sea coastline that began in late February have prevented cargo ships from reaching the country’s ports, freezing trade with one of the world’s largest grain producers and leaving millions of tonnes of wheat stranded.

The deal would allow safe passage of cargo ships through the Black Sea with oversight acceptable to both Kyiv and Moscow. The prospect of an agreement to end the blockade comes as the EU prepares legislation to ease its sanctions regime against Moscow to allow trade in Russian food products as it attempts to address anger in Africa and elsewhere, which rely on Russia food supplies.

Draft legislation to be considered by EU ambassadors on Monday would provide exemptions to existing bans on transactions with certain Russian state-owned entities when it comes to food products, a tacit acknowledgment that sanctions against Moscow may have inadvertently led to a curb on Russian food exports.

Ukraine’s foreign minister Dmytro Kuleba will address Monday’s meeting and provide an update on talks between Ukraine, Russia and Turkey to find a deal to export the grain, a senior EU official told the Financial Times.

Diplomatic efforts to unblock grain exports have inched forward in recent weeks. Russia’s president Vladimir Putin will meet his Turkish counterpart Recep Tayyip Erdoğan in Tehran on Tuesday where a deal on Black Sea access could be sealed.

At the same time, new draft sanctions drawn up by the European Commission and seen by the FT, declare that the EU is “committed to avoiding all measures which might lead to food insecurity around the globe”, adding that none of the penalties against Russia target “in any way the trade in agricultural and food products, including wheat and fertilisers, between third countries and Russia”. 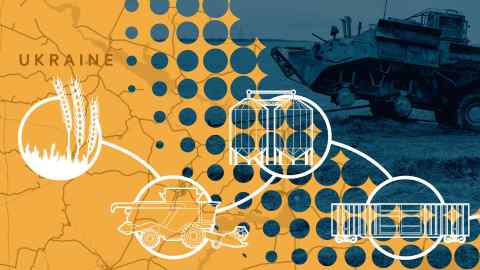 EU officials have consistently denied that the sanctions have hit exports of Russian grain, amid claims from some countries that rely on Moscow for food supplies that the vast scope of restrictions has affected traders and shipping companies.

“We have never imposed sanctions on agricultural production, on food, never ever,” said a senior EU official involved in the sanctions process. “But it is true that in such a complex network, complex framework of sanctions, some issues could affect that,” the official said, adding that “highly technical tweaks” should make clear that food supplies ought not to be hit.

The package of measures, which the EU hopes to adopt this week after unanimous approval from member state ambassadors, will contain a ban on the import or purchase of gold if it originates in Russia, following a deal along those lines in the G7 this month.

It would also oblige individuals and entities that have been hit by sanctions related to Russia’s invasion of Ukraine to report assets that are inside the EU. Mairead McGuinness, the EU’s financial services commissioner, told the FT this month that she wanted to boost reporting obligations to make it easier for authorities to track down assets owned by individuals under sanctions.