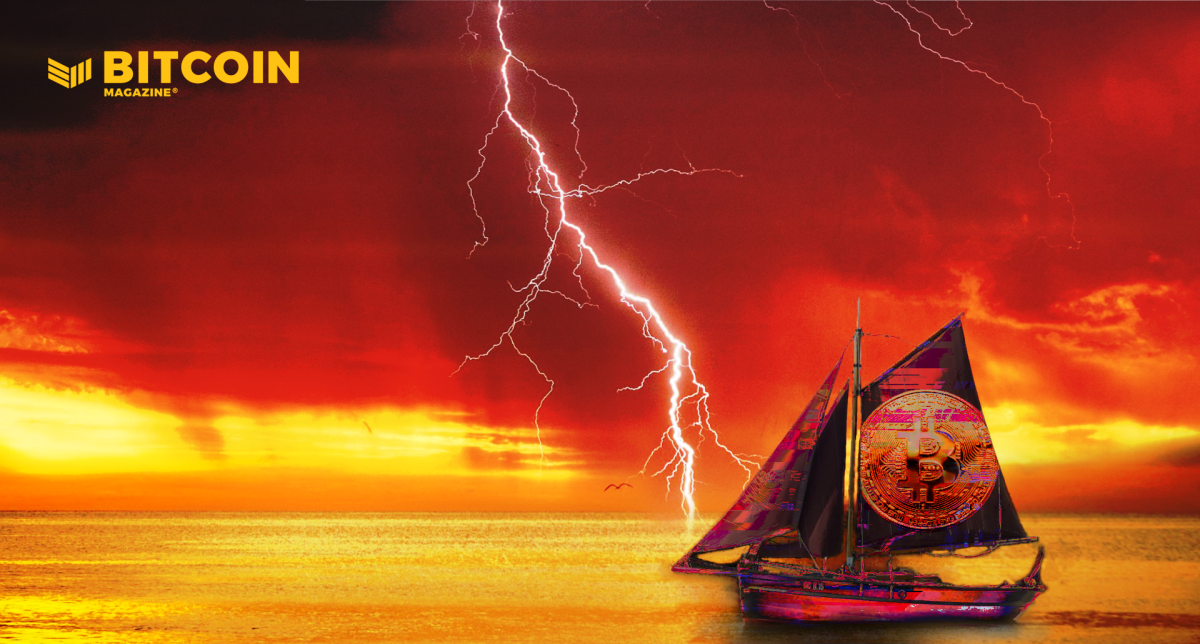 
This is an opinion editorial by Interstellar Bitcoin, a contributor to Bitcoin Magazine.

Whether we like it or not, Bitcoiners still live in a world built on fiat currency. Fiat rules everything around us, from the food we eat to the houses we live in. Until we “burn the ships,” we are not prepared to realize our eventual victory.

In 1519, Hernán Cortés led a Spanish army to modern-day Mexico to conquer the Aztec Empire. Upon landfall, two leaders mutinied to return to Cuba at the order of the governor who had commissioned the fleet Cortés led. In response, Cortés scuttled his fleet to forestall any future mutiny by closing the sole path of retreat.

Against all odds, Cortés went on to defeat an opposing force of over 300,000 Aztecs, a few thousand Spaniards, superior military technology, an unforeseen smallpox outbreak, and shrewd political alliances ultimately prevailed.

Many of those on the expedition had never seen combat before, including Cortés himself. Historians will point to August 13, 1521, as the final victory of the Spanish campaign against the Aztec Empire. However, Cortés truly won the moment he “burned the ships.”

At its core, the metaphor of “burning the ships” represents the point of no return: the psychological commitment to crossing a line in the sand once and for all. Beyond this event horizon, there can be no hedging or looking over one’s shoulder. From now on, everything — all thoughts and efforts — must be focused on succeeding in the new reality.

Like Cortés, Bitcoiners have crossed the Atlantic to the promised land. However, while Bitcoiners still use fiat money, we will not be truly free. Until we burn the ships, we will not win.

Bitcoiners are the remnant. We lead by example. We must show the world we are not afraid to live on a bitcoin standard. We must use bitcoin not just as our store of value but as the unit of account and medium of exchange for our daily lives.

We must strive for peace and prosperity, by building circular bitcoin economies that remain resilient against the volatility of the fiat exchange rate. We must keep studying to build the knowledge and intellectual depth upon which rigorous discourse can thrive. We must build large stacks upon which generational wealth is built. In the end, only the strong survive.

There is a nascent movement in the Bitcoin cultural sphere known as #GetOnZero which polarizes many people. This movement represents “burning the ships.” This state change is both functional and psychological. It drives companies to build better products for Bitcoiners. It drives Bitcoiners to harden our resolve as Bitcoiners. It shows we are willing to go down with the ship. It proves we are fearless in the face of insurmountable odds.

“Give me Bitcoin or give me death.”

The critics will say it’s “too early” or point to statistics in an attempt to rationalize why holding some fiat currency is better. While such notions may seem correct on paper, in practice, until Bitcoiners take that grand leap of faith, we are not prepared to do what it takes to win. Until we are ready to completely let go of fiat currency, it will continue to culturally and functionally survive. Bitcoiners, like Cortés, must embrace burning the ships. Once we do, the process of hyperbitcoinization already underway will rapidly accelerate.

This is a guest post by Interstellar Bitcoin. Opinions expressed are entirely their own and do not necessarily reflect those of BTC, Inc. or Bitcoin Magazine.