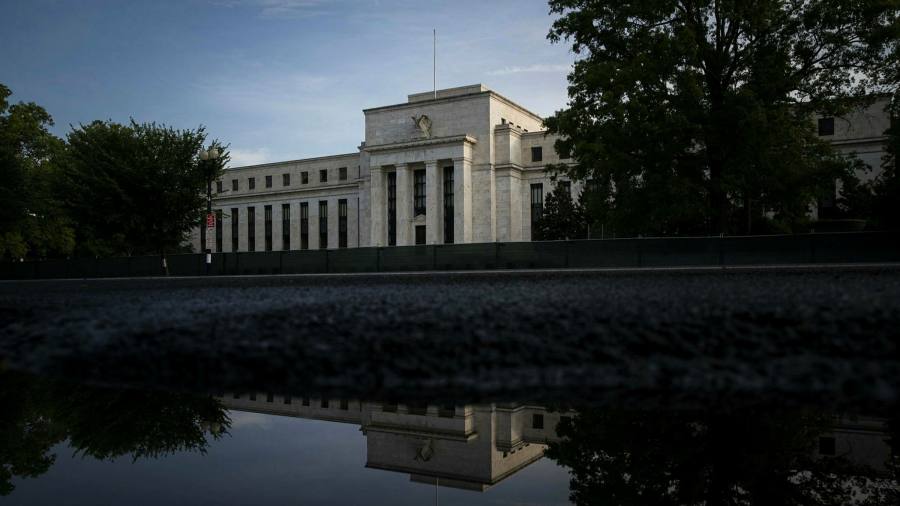 
Stocks were mixed, oil prices fell and the dollar pushed higher on Thursday, as investors questioned what red-hot inflation figures released on Wednesday would mean for US interest rate rises when the Federal Reserve meets later this month.

Wall Street’s S&P 500 dipped 0.4 per cent, extending losses from the previous session, while the technology-heavy Nasdaq Composite was flat on the day. In Europe, the regional Stoxx 600 closed down 1.5 per cent.

US consumer prices increased at their fastest clip in 40 years last month, a report from the Bureau of Labor Statistics showed on Wednesday, with the annual rate of inflation topping economists’ forecasts to hit 9.1 per cent.

The data had initially fuelled expectations of a much larger interest rate rise from the Fed at its July meeting, but those forecasts faded in afternoon trade after Fed governor Christopher Waller on Thursday reiterated his support for a three-quarter percentage point increase.

Before Waller’s comments, investors in the futures market had priced in over an 80 per cent chance that the Fed would deliver its first one percentage point interest rate increase since the central bank consistently began using the federal funds rate as its primary policy tool in the early 1990s. As of Thursday afternoon, those expectations were around 40 per cent.

The fall in rate increase predictions pulled the two-year Treasury yield slightly lower, down 0.01 percentage points to 3.13 per cent. The yield, which moves with policy expectations, on Wednesday had risen to its highest level since mid-June.

Investors are still pricing in a mammoth 0.75 percentage point increase, which could slow the economy enough to tip it into recession.

“This is not just about inflation,” said Salman Ahmed, global head of macro and strategic allocation at Fidelity International. “There’s a significant slowdown in the pipeline. We think this growth slowdown will turn into a recession.”

Concerns over the health of the global economy drove investors into the dollar, traditionally seen as a haven in times of stress. The dollar index, which measures the US currency against a basket of six others, rose 0.3 per cent.

That spelt further pain for the euro, which fell 0.3 per cent to trade just above $1. The common currency had on Wednesday weakened to parity with the greenback for the first time in 20 years. The Japanese yen also lost more than 1 per cent to hit a 24-year low of ¥139.39.

Fears of an economic slowdown hit oil prices earlier in the day, with the price of Brent crude slipping as much as 5.1 per cent to $94.50 a barrel — taking the international oil benchmark back to levels last seen before Russia’s invasion of Ukraine in late February. But Brent later reversed much of those declines to settle down 0.47 per cent on the day at $99.10.