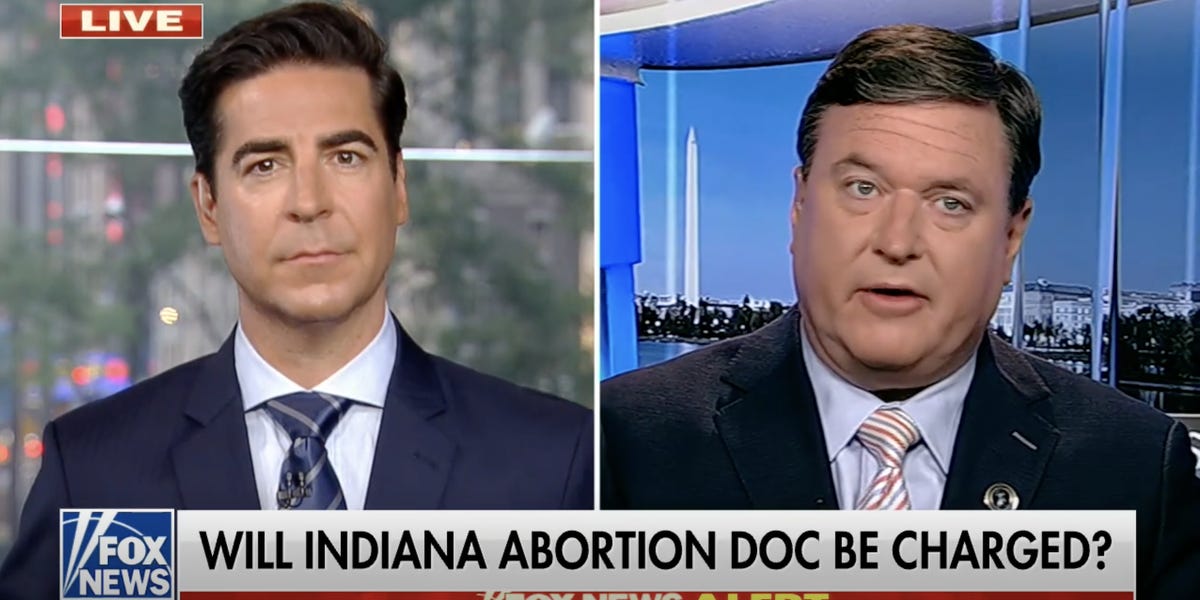 
Indiana’s Attorney General said Wednesday that the state would investigate a doctor reported to have given an abortion to a 10-year-old girl from Ohio after her rape.

Bernard first told the Indianapolis Star that she had carried out the procedure on the girl when she was six weeks and three days pregnant after being raped.

The girl traveled from Ohio, Bernard said, where abortion was outlawed after six weeks in the wake of Roe v Wade being overturned by the Supreme Court.

Rokita said his office would look at her medical license and whether any procedure was properly reported. Abortion itself remains legal in Indiana until around 20 weeks under state law.

On Fox, Rokita attacked Bernard as an “abortion activist acting as a doctor” who he suspected of having failed to report the child’s abuse to authorities.

“We’re gathering the evidence as we speak and we’re going to fight this to the end, including looking at her licensure, if she failed to report,” he said. “In Indiana, it’s a crime to intentionally not report.”

Watters weighed in against Bernard too, saying that “from what we can find out so far, this Indiana abortion doctor has covered this up.” He provided no evidence for that assertion.

Watters pointed to allegations that Bernard failed to report similar cases in the past, which were raised in a 2018 complaint filed by anti-abortion group Indiana Right To Life. It is unclear whether those allegations were ever investigated or upheld.

Bernard was not immediately available to respond to Insider’s request for comment, sent outside normal US working hours.

Bernard, an OB-GYN who performs abortions, is named as Assistant Professor of Clinical Obstetrics & Gynecology at Indianapolis University School of Medicine. She lists her research interests as “improving access to contraception and understanding how to decrease unintended pregnancy and improve pregnancy outcomes.”

The reporting on the 10-year-old has drawn nationwide attention as a touchstone case following the overturning of Roe v. Wade.

President Joe Biden spoke of it on July 8 as he signed an executive order to protect access to abortion nationwide.

The story drew initial scrutiny, including articles in The Wall Street Journal and The Washington Post, both of which raised a swath of unanswered questions and in particular, the matter of Bernard being the story’s only source.

While the WSJ called it “too good to confirm,” Ohio’s Attorney General David Yost dismissed it as a likely “fabrication.”

Both outlets amended these articles after it emerged that an Ohio man had confessed to raping the girl, providing important corroboration for the story.

Yost has not returned to his earlier dismissal of the story but said he “celebrated” the arrest.

Ignore The Unproductive Central Planners And Use Bitcoin – Bitcoin Magazine