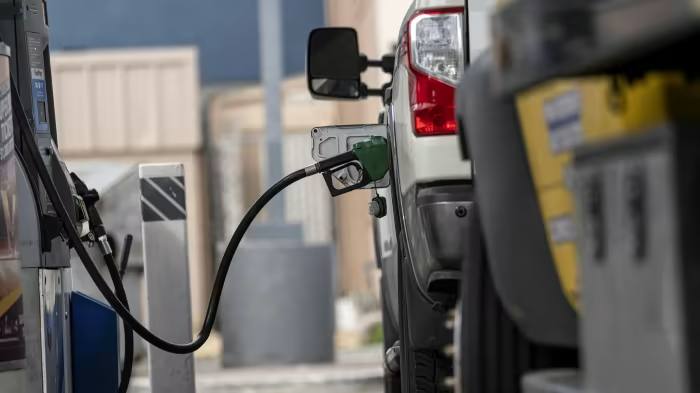 The Federal Reserve is under pressure to abandon its monetary policy guidance for the second month in a row in the face of soaring inflation, as market participants increasingly bet the US central bank will raise interest rates by a full percentage point at the end of the month.

Figures released yesterday confirmed consumer prices rose at an annual rate of 9.1 per cent in June, the biggest jump since November 1981.

The advance surpassed even the most aggressive forecast by economists and was yet another unwelcome development for the US central bank and the Biden administration.

The sharp rise threatens to further muddy the Fed’s communications with investors. Policymakers have sent clear signals to markets that they intend to raise interest rates by 0.5 or 0.75 percentage points at their next meeting, which concludes on July 27.

But following the release of yesterday’s inflation report, economists expect the Fed to implement a 0.75 percentage point increase at the bare minimum.

Traders in federal funds futures contracts put the odds of a full percentage point increase at more than half, according to CME Group.

The monthly inflation gains were “broad-based”, according to the Bureau of Labor Statistics. Petrol prices rose 11.2 per cent in June, while food prices were up 1 per cent. Prices for new and used vehicles continued their ascent, rising 0.7 per cent and 1.6 per cent, respectively.

In a worrying sign, services inflation, excluding energy, climbed 0.7 per cent on a monthly basis and was up 5.5 per cent compared with the same time last year.

Shelter-related costs had their biggest annual increase since February 1991, rising 0.6 per cent for the month or 5.6 per cent on a year-over-year basis.

One outlier was airline fares, which slid 1.6 per cent following two months of double-digit growth.

Does the Fed need to raise rates in the US by 1 percentage point at its next meeting to bring inflation under control? How high do you think borrowing costs will rise? Email firstft@ft.com or reply to this email and let me know.

Thank you to all readers who have sent messages this week. I plan to publish excerpts tomorrow. Now on with the rest of the day’s news — Gordon.

1. Crypto lender Celsius Network files for bankruptcy One of the world’s largest cryptocurrency lenders has filed for bankruptcy in New York, roughly a month after it froze customer assets, trapping billions of dollars across more than 1mn accounts. The court filing listed between $1bn and $10bn in assets, the same amount in liabilities and more than 100,000 creditors. Sign-up to our new cryptocurrency email to help guide you through the crash.

2. Panasonic to build $4bn battery plant in Kansas The new facility is expected to create 4,000 jobs and is a gamble on the growing popularity of Tesla cars. The Japanese group, the world’s third-largest producer of electric vehicle batteries behind CATL and LG Energy Solution, already jointly operates a $5bn gigafactory in Nevada with Tesla.

3. Netflix and Microsoft team up for ad-supported streaming tier Netflix is partnering with Microsoft to build an advertisement-supported tier of its streaming service, as it races to offer a cheaper option for consumers amid tough competition and soaring inflation. Netflix had previously said its service would be an ad-free zone where viewers could “relax” without being “exploited”.

4. Brazil to turn on spending taps in run-up to presidential vote Brazil has passed a constitutional amendment allowing Jair Bolsonaro’s government to spend an extra R$41.3bn ($7.6bn) on welfare payments, in a move critics say is designed to boost his popularity ahead of a re-election campaign.

5. Ukraine and Russia make progress on grain talks Both sides have made “very substantial progress” on a plan to avert a global food crisis by securing the safe passage of millions of tonnes of grain through the Black Sea, according to António Guterres, UN secretary-general.

Company earnings JPMorgan and Morgan Stanley kick off earnings season for big US banks. JPMorgan should get an earnings boost from higher interest rates, which enable it to increase charges for loans. Consumer packaged goods company Conagra and American Outdoor Brands, a maker of camping and fishing gear and previously the manufacturer of Smith & Wesson guns, also report earnings.

Economic data There will be more focus on inflation today with the release of the US producer price index, which tracks prices businesses receive for their goods. It is forecast to have risen 0.8 per cent in June from May. The annual increase in June is expected to edge down to 10.7 per cent from 10.8 per cent in May. The red-hot labour market will also be in focus, with the release of data recording new applications for unemployment aid.

Joe Biden in Israel The US president will hold a one-on-one meeting with acting Israeli prime minister Yair Lapid. The US is expected to sign a joint declaration with Israel emphasising military co-operation and committing both countries to preventing a nuclear-armed Iran.

Italy confidence vote The government of national unity in Italy, led by former European Central Bank president Mario Draghi, is on the verge of collapse after the populist Five Star Movement said last night it would not take part in a confidence vote on a cost-of-living package scheduled for later today.

Second round of voting in Tory party leadership race Penny Mordaunt has emerged as the surprise challenger to former chancellor Rishi Sunak in the race to succeed Boris Johnson as Conservative party leader and UK prime minister. Mordaunt secured 67 votes in the first round behind Sunak on 88. The second round of voting takes place later today, with the contender with the fewest votes leaving the contest.

Join FT journalists on Friday July 15 at 1pm BST for a virtual briefing for FT subscribers on what awaits Britain and business after Boris Johnson, as rival Conservative candidates battle to succeed him as prime minister. Register for free.

Can Russia win the war? Days after his troops seized the last city in Luhansk, Vladimir Putin said his war in Ukraine had not started “in earnest yet”. Analysts have predicted that Kyiv has six months to drive out the invading forces before fatigue and a prolonged military gridlock sets in.

Web3: a new serving of old crypto nonsense Web3 is the inexorable destiny of the internet — the magical fabric from which blockchain-based decentralised dreams are made and dystopian Big Tech nightmares destroyed. But look beneath the surface and gaping holes appear in this vision, writes Jemima Kelly.

Video: what’s next for scandal-hit Credit Suisse? The Swiss lender’s story is one of high-profile scandals, from corporate espionage to cocaine smugglers, and about how finance went wrong at one of the most important banks in Europe. Credit Suisse’s new chair, Financial Times reporters and banking industry experts look at what could come next.

‘Exponentially’ risky China leaves venture capital funds starved of cash Private equity and venture capital managers in China say small and middle-sized groups are facing the greatest fundraising challenges to lock in capital for a decade as global investors are deterred by the tech crackdown, zero-Covid policy and the threat of western sanctions.

The ‘miracle’ weight-loss drug that works — but with questions Novo Nordisk’s Wegovy uses a hormone to regulate appetite. It is wildly effective, reducing appetite and creating a feeling of fullness. But is it misguided?

A seductive and disruptive retrospective of the work of artist Robert Colescott at the New Museum in New York leaves visitors puzzled at “the tangle of stereotypes . . . and feverish brushstrokes”, writes Ariella Budick.

Ignore The Unproductive Central Planners And Use Bitcoin – Bitcoin Magazine