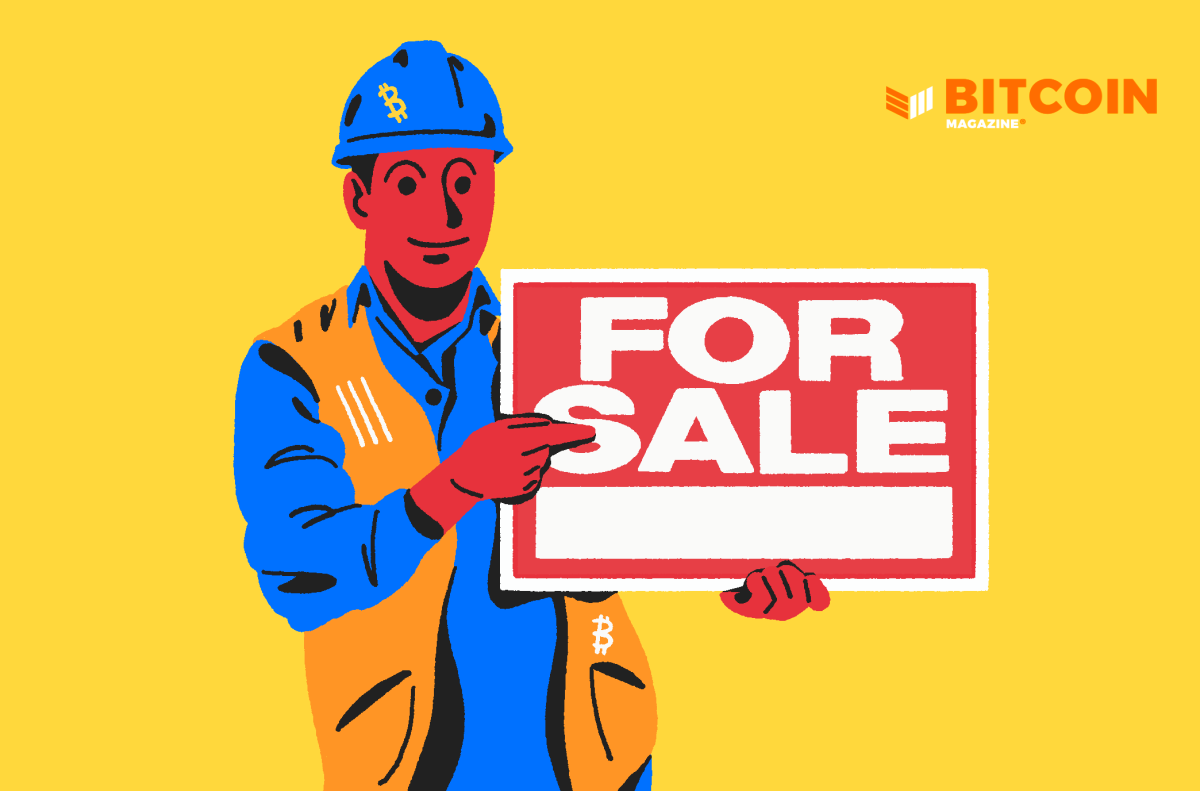 
The question of whether the bitcoin price bottom is behind us is on the minds of many investors who are poised with the challenge: buy the dip or wait for a bigger one?

Financial predictions are seldom accurate, and that reality echoes in the bitcoin market as well. But since BTC trading typically follows four-year cycles of bull and bear markets, as the peer-to-peer currency navigates its way through its adoption cycle, many still try to time bitcoin tops and bottoms when making allocation decisions.

With that in mind, investors, traders and analysts have attempted to utilize different techniques to spot the bottom in price, including technical analysis (TA), sentiment, hash rate and even search popularity on Google. And this article will explore a more novel price indicator that relies on Bitcoin’s hash rate and its network of miners, known as hash ribbons.

This indicator could be valuable because it has proven reliable in spotting opportunistic entry points in bitcoin in the past from a risk/reward perspective, enabling investors to enter the market and buy low, before fear of missing out (FOMO) sets in. Though whether this accurately predicts the bitcoin price or not is another question.

Miner Capitulation As A Bottom Indicator

Charles Edwards, founder of quantitative asset management firm Capriole Investments, told Bitcoin Magazine that, in his view, the bitcoin price and hash rate are correlated in a reflexive cause and effect relationship.

“Hash-rate drops and subsequent recoveries have marked most, if not all, major bitcoin bottoms,” he said.

The thought process is simple: When some miners start being driven out of the market, shown by a significant drop in Bitcoin’s hash rate, further market pressure ensues as miner profit margins are squeezed. Also, intense market pressure was needed to cause that capitulation in the first place, as miners are seen as very resilient players in the ecosystem.

“Given the magnitude of the supply controlled by miners, and the general level of high efficiency in their businesses, when miners are selling the worst has often occurred,” Edwards explained. “As a result, price and hash rate recovery out of this miner capitulation has historically marked major price bottoms.”

Edwards defines miner capitulation as a measured decline in Bitcoin’s total hash rate, in the order of a 10% to 40% decline. To better spot such an event, the quant analyst developed an indicator: hash ribbons.

Hash ribbons, publicly available on TradingView, is an indicator made up of two simple moving averages (SMAs) of Bitcoin’s hash rate: the 30-day and the 60-day SMA. A downward cross of the short-term MA on the long-term MA marks the beginning of a capitulation period, whereas an upward cross spots its end.

Edwards argues that buying bitcoin at the end of a miner capitulation period produces outsized returns for investors as the worst is believed to be over and the market is beginning a recovery.

“To date, I believe it’s the best publicly-available, long-term buy signal, but the reader should make that assessment,” he said.

Last year, however, the indicator didn’t fare so well. An investor following hash ribbons for bitcoin allocations would’ve bought BTC at around $44,612.94 on August 7, only to see that investment lose over half its value until the present day as the P2P currency trades below $20,000.

However, that’s after bitcoin rallied to a new all-time high price of $69,000 in November, at which point that investor would be 54.66% in the green in only three months. Still, it’s quite hard — if not impossible — to accurately spot a top.

Edwards explained to Bitcoin Magazine that the hash ribbons strategy is concerned only about flagging attractive entry points, and the decision of when to sell and close the position remains a burden the investor themself must endure.

“Recently we saw strong evidence for a major miner capitulation in June as proven by the $30,000 to $20,000 price drop following the hash ribbon capitulation signal, the subsequent 30% drawdown in miner treasuries and the $4 billion of miner loan stress news in June 2022,” Edwards told Bitcoin Magazine.

Indeed, hash ribbons flagged the beginning of a miner capitulation on June 9, indicating that further stress could come to the market. In the following nine days, bitcoin dropped below the 2017 high, nearing $17,500 on June 18.

As it would be discovered in July’s public filings and production updates releases, many public bitcoin miners sold thousands of bitcoin in June. To date, only Marathon Digital and HUT 8 have continued to deposit monthly mined BTC into custody.

Is The Relevancy Of Miner Capitulation Decreasing Each Year?

Fred Thiel, the CEO of Nasdaq-listed bitcoin miner Marathon Digital, told Bitcoin Magazine that strategies based on miner capitulation periods assume what has been a good rule of thumb in general markets: that those deep within the industry have better information than those on the outside.

“Typically in economic markets or financial markets, when the person with the best information acts, it’s an indicator of the surest place in the market,” he said.

Thiel continued to explain that a miner knows specific information such as what their operating cost is, what the cost to mine one bitcoin is, and what the bitcoin price is. They then leverage that information to decide a course of action, including to either liquidate their position and their bitcoin holdings, or even cease operations if it reaches a point where it’s too unprofitable.

“So when a miner starts selling their bitcoin holdings, they’re at a point where that’s their best alternative, and so you would assume that would indicate a bottom,” Thiel said.

However, the chief executive highlighted that the extent to which miner capitulation influences the market will diminish with time. Why? Whereas years ago miners were the biggest institutional bitcoin holders, now their position sizes are being outgrown by those of companies such as MicroStrategy, Tesla and Block.

“So where before miners were a really good indicator of the bottom, I think today they’re a good indicator of when the market has hit a point where the pain point’s real high,” Thiel explained. “And if miners are selling bitcoin it’s because either they don’t have an alternative, so they’re forced sellers, just like people that get margin calls, or they’re selling because they’re getting desperate, if you would.”

Edwards acknowledges this point as well, but doesn’t dismiss the validity of looking at miners’ capitulation to spot attractive bitcoin prices.

“I think the power of hash ribbons diminishes with time, in a step-change fashion every four years with the Bitcoin halving cycle,” the analyst told Bitcoin Magazine. “We have seen the entry of institutions and banks into Bitcoin over the last 18 months.”

“The current configuration of hash ribbons will probably become noticeably less useful next cycle, and perhaps unusable in the following cycle,” Edwards added. “Nonetheless, hash ribbons has been great this cycle so far, and the current cycle still has two years left to run. Capriole Investments is actively watching hash ribbons and using it as an input into our investment strategy.”

Is The Bitcoin Bottom In?

Even though hash ribbons is flagging a miner capitulation event has been underway for over a month now, it has not yet flagged a buy signal for bitcoin — which begs the question: Is the bitcoin bottom behind us or could there be more drawdowns?

Edwards told Bitcoin Magazine that, typically, miner capitulation periods last anywhere from one week to two months, indicating that either the bottom already happened on June 18 or that it could happen in the near future.

“We run several strategies internally at Capriole to help get a confluence of signals and approaches,” Edwards said. “Some strategies currently suggest we have bottomed, others suggest a bottom is forming and others still say we are in contraction and a bottom is not yet confirmed.”

Given the hardship of spotting a bitcoin price bottom, investors can at a minimum leverage hash ribbons to spot miner capitulation periods — in which dollar-cost averaging could turn into an effective strategy over a long period of time. Alternatively, risk-averse investors that believe in the reasoning behind hash ribbons can wait for the indicator’s buy signal, as it could spot the beginning of a recovery.

In any case, Edwards believes the time is prime for allocating to bitcoin.

“My general view is that the next six to 12 months will provide the best opportunity to get into bitcoin over the next five-plus years,” Edwards predicted. “This is based on the data we are quantitatively modeling, the current cycle downdraw, and timing within the current four-year cycle, that is, bitcoin usually bottoms in the exact six-to-12-month halving cycle time window we are currently in. Not financial advice of course!”