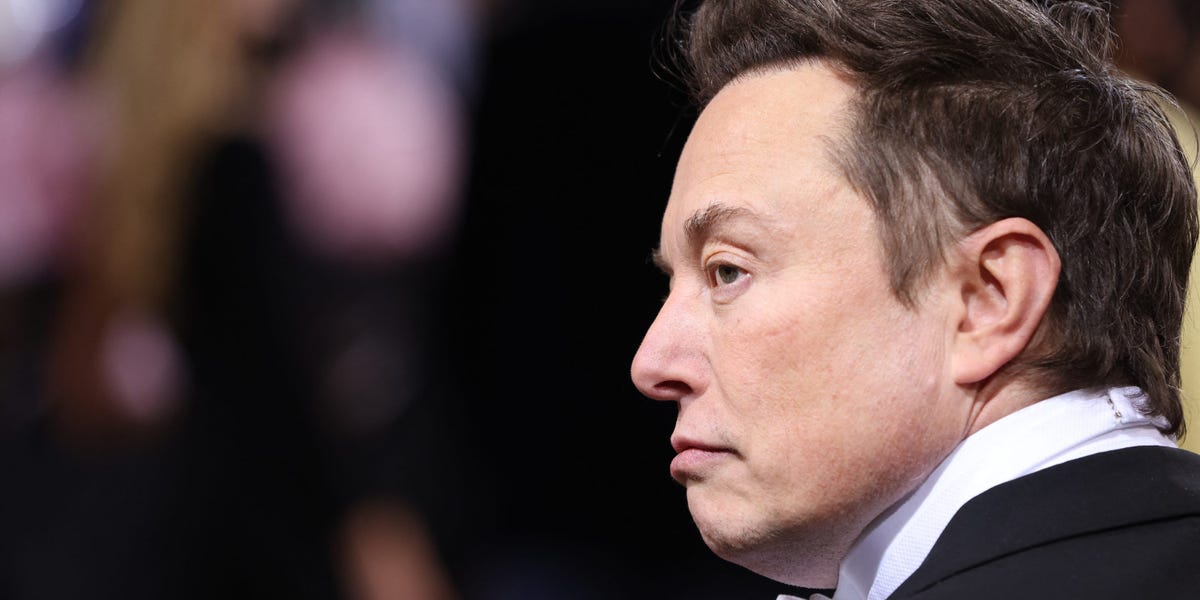 
Twitter sued Elon Musk on Tuesday over the billionaire’s attempt to terminate his proposed takeover of the company.

Twitter accused Musk of trying to terminate the deal under false pretenses, and said the real reason he wants to walk away is because Tesla stock has dropped since he first agreed to buy Twitter for $44 billion in April.

Tesla shares have fallen almost 30% since April 25, the day Twitter agreed to Musk’s proposed takeover, amid a broader sell-off in tech stocks.

Twitter’s lawyers point out in the lawsuit, which was viewed by Insider, that Musk’s personal wealth has fallen significantly as a result.

Elon Musk’s net worth has fallen by $65 billion since the deal was struck, Insider reported Saturday.

“Musk wants out. Rather than bear the cost of the market downturn, as the merger agreement requires, Musk wants to shift it to Twitter’s stockholders,” Twitter’s lawsuit states.

Musk said Friday he wants to terminate the deal because Twitter did not provide him with enough information about bot accounts on its platform, and that it didn’t consult him on terminating two high-level executives.

Twitter said in its lawsuit it “bent over backwards” to provide Musk with the information he requested, and that its agreement with Musk gave it the right to terminate employees without consulting him first.

Twitter said Musk has been “acting against this deal since the market started turning, and has breached the merger agreement repeatedly in the process.”

Musk did not immediately respond when contacted by Insider.