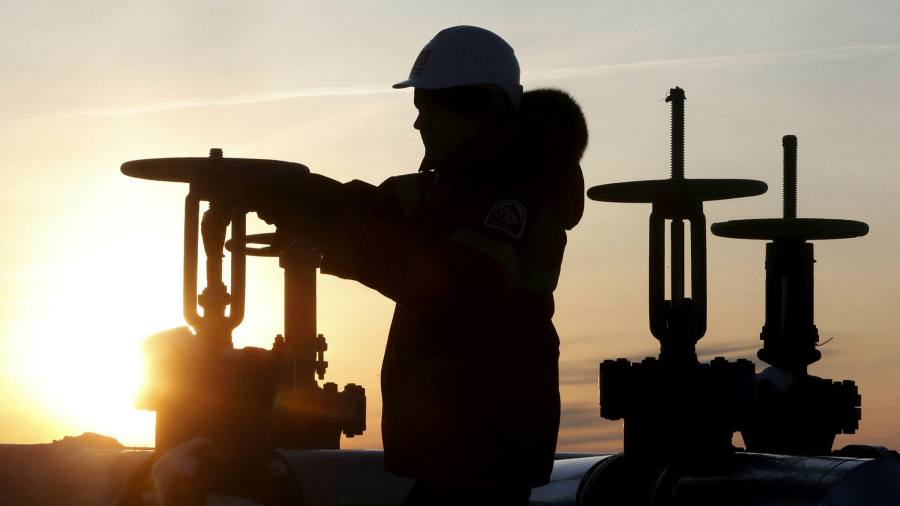 
Opec expects global oil demand next year to rise to levels the cartel would struggle to meet, in the latest indication that big producers are not expecting the supply crunch to ease any time soon.

The amount of oil the producer group is required to pump to meet global demand, also known as the “call on Opec crude”, could rise to as much as 32mn barrels per day by the end of next year, according to the group’s latest forecast published on Tuesday.

That is close to or greater than most estimates of the group’s maximum production capacity, raising concerns of a global supply deficit in 2023 if oil demand grows as the group expects. “The call on Opec crude is simply showing how big the imbalance is going to be next year,” said Amrita Sen, chief oil analyst at consultants Energy Aspects.

In its first forecast for 2023, Opec said it expected average demand to rise by 2.7mn barrels a day next year to 103mn b/d, driven by increased economic activity, particularly in India and China. At the same time, oil production from non-Opec countries is only expected to grow by 1.7mn b/d.

To bridge the gap between supply and demand, Opec’s 13 member countries, led by Saudi Arabia, would therefore have to pump an average of 30.1mn b/d during the year, according to the cartel’s estimate.

Seasonal variations in demand mean the call on Opec crude would reach as much as 32mn b/d in the last three months of the year, it said. That is approximately 3.3mn b/d more than the 28.7mn b/d Opec’s members produced in June.

Energy Aspects has predicted slightly lower growth in 2023 with demand reaching 101.8mn b/d. But Sen still predicts producers will struggle to meet the increase. “The market is incredibly tight and we do not think Opec have the capacity to deliver that,” Sen said.

The robust long-term demand forecasts come despite risings fears of global recession that have weighed on oil prices in recent weeks. While Brent, the international benchmark, is still trading at nearly $100 a barrel, it is down from a high of $125 in June. Brent fell 6.9 per cent on Tuesday to $100.04 a barrel.

The International Energy Agency estimates Opec’s current maximum production capacity — defined as the output level that can be reached within 90 days and sustained — as 34mn b/d, but that includes 1.3mn b/d of Iranian crude that remains off the market due to US sanctions.

Opec’s analysis also assumes that, despite the war in Ukraine, Russian oil output will only decrease by 200,000 b/d in 2023 to 10.4mn b/d. That forecast, Opec noted, “is subject to high uncertainty”.

Were sanctions to cause Russian output to fall by as much as 3mn b/d, as predicted by the IEA, the call on Opec crude would increase even further.

Opec has responded to rising demand in the past 12 months by unwinding production cuts it made at the start of the pandemic, but has generally been reluctant to increase output more aggressively.

Last month, under pressure from the US, it finally agreed to increase production in July and August by almost 650,000 b/d in both months, up from the planned monthly increases of 432,000 b/d.

The promised increases will effectively bring an end to the quota system that cut supply during the pandemic and that Opec and its allies, including Russia, have been unwinding.

How Opec will chose to manage supply after August and whether it has the capacity to keep increasing output and meet rising demand in 2023 is uncertain.

Already several Opec members, such as Nigeria and Angola, have failed to meet their monthly increases over the past year, while Saudi Arabia will be pumping 11mn b/d by August but has never sustained output at that level for a prolonged period.

The IEA predicts that Opec and its allies in the wider Opec+ group might be able to make up for the imbalance between supply and demand in 2023 but only by cutting its effective spare capacity to the “razor-thin” level of 1.5mn b/d.