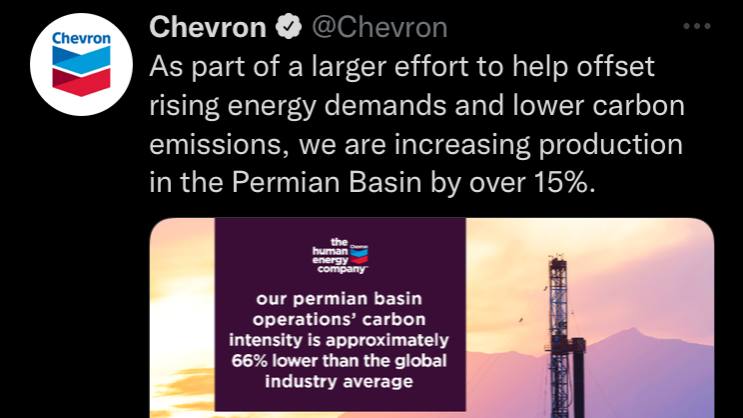 
Shell is recruiting a manager for its TikTok channel to influence a generation that uses the social media platform known for short videos, as oil and gas companies pump money into advertising campaigns to improve their public image during the energy crisis.

The social media push comes as US and British companies take advantage of supply shortages due to Russia’s invasion of Ukraine and attempt to persuade the public their products are a matter of national security.

Companies including BP in the UK, Chevron in the US, as well as the American Petroleum Institute, a trade body representing more than 600 members in the oil and gas industry, have launched campaigns pushing an expansion of domestic capacity as a solution to the crisis.

But the public relations drive also comes in the context of pledges by governments around the world to phase out polluting fossil fuels, and a new focus among regulators on both sides of the Atlantic over how companies market their environmental credentials.

In the UK, BP spent more on Facebook ads marked as being about “political or social issues” than any other organisation in the 30 days to July 5.

According to Facebook-owner Meta’s spending tracker, the oil group spent more than £220,000 in the week to July 5, six times more than the second top spender, the International Rescue Committee.

The BP ads launched since the start of the war in Ukraine have featured slogans such as “We’re backing Britain” and “Home grown energy”. Others promote “North Sea oil and gas”, and the UK’s “plan to boost long-term energy security”.

Who Targets Me, a British organisation that monitors political advertising on social media, noted that before Russia’s invasion of Ukraine, BP’s ads had focused on green energy.

But BP said its ad campaign was aimed at highlighting its future plans. “Ultimately, our plans for homegrown energy in the UK are diverse and include oil and gas, wind, hydrogen and EV charging — and we see our long-term investments reflecting that.”

In the US, Chevron’s ads on Facebook said it was increasing drilling in the Permian basin by more than 15 per cent, “as part of a larger effort to help offset rising energy demands and lower carbon emissions”. In similar ads on Google, Chevron said it was meeting demand for “reliable” energy.

“It’s important for our stakeholders to be aware of the investments and progress being made to provide reliable energy that is needed in their lives. Paid social media allows us to effectively reach these stakeholders,” a Chevron spokesperson said.

InfluenceMap, a think-tank that tracks lobbying, reported an increase in ads by oil and gas companies that promoted the expansion of US fossil fuel production as part of the solution to the energy price shocks.

The API campaign on Facebook has promoted “American-made energy” and “American natural gas and oil”. The trade body has consistently resisted the Biden administration’s push to shift to renewable energy.

Between January 26, when the API first specifically referenced the Ukraine crisis, and April 1, the group created and ran 761 ads through its Energy Citizens homepage, InfluenceMap found. The campaign reached 19.6mn people, the group calculated.

Kathy Mulvey, accountability director of the Union of Concerned Scientists, said Russia’s war in Ukraine had “certainly” disrupted energy markets. “But it really shouldn’t disrupt the transition we need to make to clean energy, and I think we really see the API seizing on the war here in its lobbying efforts to fight back against the clean energy transition.” 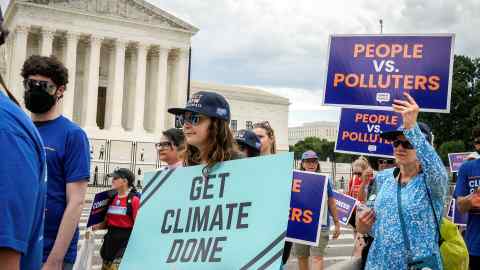 A spokesperson for the API said: “We hope the administration will view US natural gas and oil, which is relied on by families and businesses every day, as a strategic asset that is vital to our national security.”

Shell said it was trying to engage young people by demonstrating its role in the energy transition. It said more than 35 per cent of its spending in 2022 would go towards producing low-carbon energy and non-energy products.

The company’s ad for someone to manage its TikTok channel requires the successful candidate to “catapult Shell [into becoming] one of the best content creators on TikTok”.

“You will start a new chapter that will help energy engaged audience[s] and Gen Z worldwide understand . . . the opportunities of energy transition and the Shell role and ambition in it.”