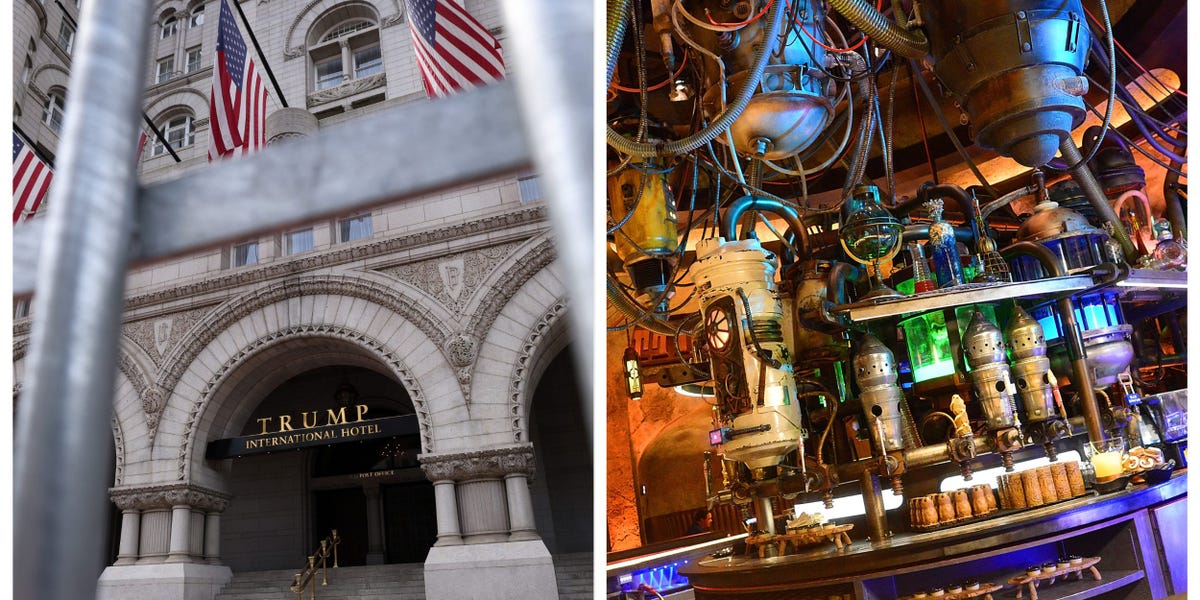 
Then-House Speaker Paul Ryan was in the same galaxy as President Donald Trump’s Washington hotel, in fact, it was visible from his balcony. But according to a new book, Ryan tried to stay far, far away.

Ryan likened the scene at the Trump International Hotel in Washington to the “Star Wars bar scene,” according to Mark Leibovich’s new book “Thank You for Your Servitude: Donald Trump’s Washington and the Price of Submission” which comes out Tuesday. Leibovich writes that Ryan tried to avoid the hotel “whenever possible.”

Ryan’s reference is almost certainly to the Mos Eisley cantina, a dimly-lit tavern full of the rogues’ gallery of the galaxy’s characters. The Tatooine bar became famous in Star Wars lore after Han Solo shot and killed the bounty hunter Greedo in “A New Hope.” Chances are you’ve also heard the bar’s famous upbeat score.

There were no shootouts at Trump’s Washington hotel. But as Leibovich depicts in his book, it became the center of Republican nightlife during Trump’s term. A key episode in Trump’s first impeachment occurred at the hotel when the then-president briefly met in April 2018 with Lev Parnas and Igor Fruman, two of Rudy Giuliani’s business associates.

The scheme to oust Yovanovitch due to her perceived disloyalty to the then-president was a major part of what House Democratic lawmakers argued was a well-organized pressure campaign to get Ukrainian officials to investigate Trump’s political rivals.

Even if Trump returns to Washington, his hotel is no more. The Trump Organization reportedly sold the rights to the luxury hotel to a group connected with Hilton’s Waldorf Astoria for $375 million.