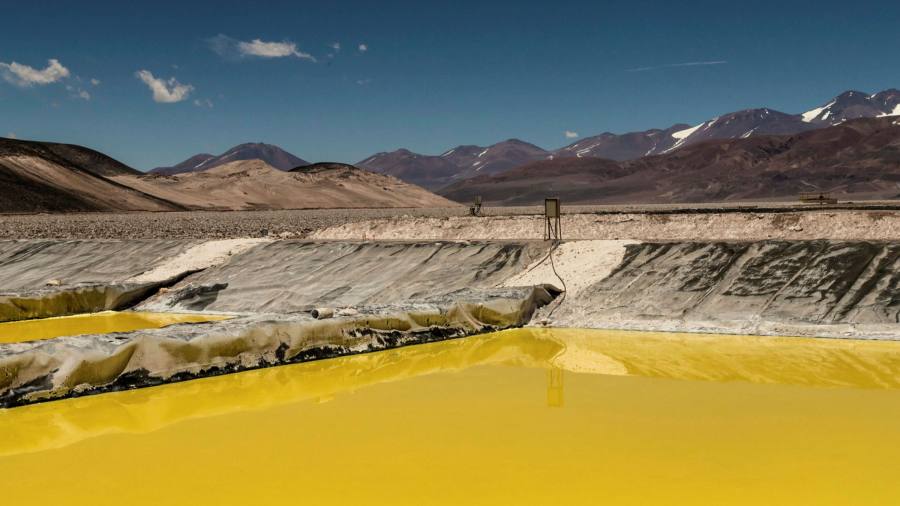 
Ganfeng Lithium has agreed to buy Argentina-focused mining group Lithea for up to $962mn, as China steps up its battle for the metals needed to power electric vehicles.

The deal will give Shenzhen-listed Ganfeng rights to Pozuelos and Paston Grandes, two salt lake brines in Argentina that can produce lithium carbonate, a key material for batteries used in electric vehicles.

The acquisition comes amid a fierce debate over whether carmakers will face a shortage of lithium in coming years as the transition from combustion engines to battery-powered electric ones accelerates. The price of lithium carbonate has surged fourfold over the past 12 months, according to Benchmark Mineral Intelligence.

In May, Goldman Sachs analysts called the “end of the beginning” for the bull market in metals used in batteries, saying an “outsized” response from lithium producers would drive down prices for the next two years.

It is a view disputed by others, including Joe Lowry of Global Lithium, a consultancy, who argue that the scale of the rollout of electric vehicles in Europe, the US and China means there will be shortages of the material until the end of the decade.

At the same time, lithium producers in Australia are attempting to develop the technology and build plants to convert spodumene into battery-grade lithium, an alternative production method to the brines in Latin America that China has acquired with the Lithea deal.

Europe and North America are also starting to work on their ability to refine lithium.

“Those efforts will put pressure on China’s supply,” Lowry said, adding that the acquisition made sense for Ganfeng, whose customers include Tesla.

Ganfeng was initially dedicated to converting lithium into battery-grade material, but has since sought to push into the mining of the metal.

Last year Ganfeng Lithium bought a 50 per cent stake in a lithium mine in Mali, while the Lithea deal comes on top of an existing joint venture with Lithium Americas in northwestern Argentina that aims to start production this year.

Ganfeng expects to be able to produce 30,000 tonnes of the material annual at the sites in Argentina and could expand that to 50,000 tonnes. The global market for lithium carbonate equivalent was about 500,000 tonnes last year, according to Global Lithium.

The Lithea deal also represents a significant windfall for Pluspetrol Resources, a private oil producer which bought LSC Lithium Corporation, the owner of Lithea, for CAD$111m ($85mn) in 2019.

Last week Ganfeng disclosed that it was being investigated by Beijing’s top securities regulator for insider trading. No further details of the investigation were provided and the company last week declined to comment further, citing the ongoing investigation.