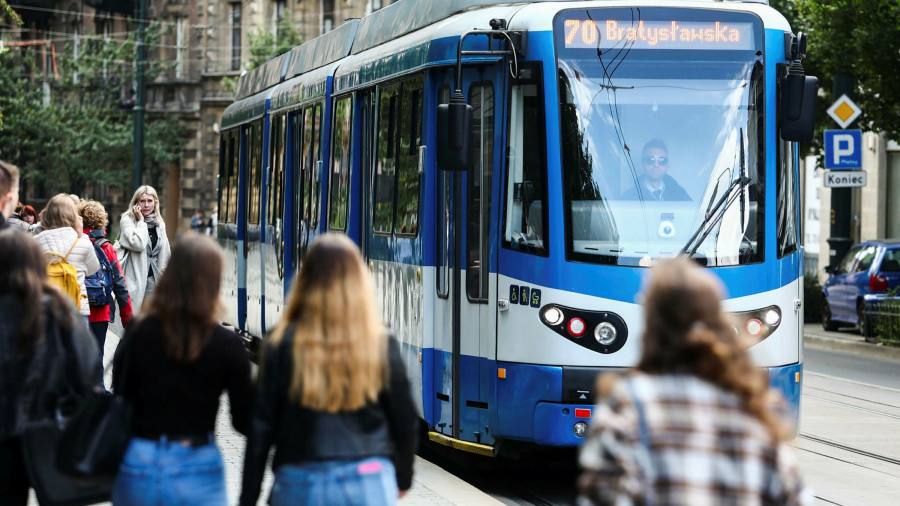 
When Przemysław Gacek founded his recruitment business, he would watch huge lines form outside Warsaw’s main office for jobless benefits. Two decades on, unemployment has fallen from 20 per cent to just 3 per cent and Polish workers are queueing up at his office to demand a pay rise.

“We see more Poles going to see their bosses, asking for a salary increase and if they don’t get it, they start looking around,” said Gacek, chief executive of Grupa Pracuj, which runs the biggest Polish online platform for classified job ads.

Poland is among the most extreme examples of a post-pandemic rise in workers’ bargaining power. In the US, employees have quit in record numbers to take up better offers elsewhere. In the UK, employers are granting cost of living bonuses. In the eurozone, slower-burning negotiations with unions are likely to lead to a delayed pick-up in pay.

For monetary policymakers, however, this labour market strength complicates efforts to control inflation, which has soared on the back of a surge in global food and energy prices. They worry that price pressures — now at their highest level in decades — will become entrenched if workers demand pay rises to match rising living costs, prompting employers to raise prices to reflect rising wage bills.

In Warsaw, fears of such a wage-price spiral have already become a reality. With companies in all sectors struggling to hire, average wages rose 13.5 per cent in the year to May, almost matching the galloping inflation rate of 15.6 per cent in the year to June — its highest level in a quarter of a century. The central bank has been raising rates rapidly in response, and on Thursday lifted its benchmark reference rate by 50 basis points to 6.5 per cent — up from almost zero in the autumn. The central bank expects inflation to remain in double digits into 2023.

Rafal Benecki, economist at ING, flagged “the risk of persistent and self-reinforcing price growth, which may be difficult to stop.”

Liam Peach, an economist at consultancy Capital Economics, believes countries in central and eastern Europe are acutely exposed to the risk of a wage-price spiral. Even before the pandemic, strong economic growth and a long-running decline in the working-age population had driven unemployment to ultra-low levels. Hungary and the Czech Republic face similar pressures, Peach said, but Poland’s labour market was now “in a league of its own”.

With consumer spending remaining strong, companies have leeway to saddle their customers with higher costs.

Softylabs, a Polish software company, recently raised salaries by 20 per cent — twice the rate of previous years — and is passing on more than half the cost of its ballooning wage bill to clients. “I see salary expectations moving up really, really fast,” said Rafal Kijonka, Softylabs chief executive. “If we don’t accept a higher salary demand, unfortunately a software developer will just leave for another company.”

The twin shocks of Russia’s invasion of Ukraine and monetary tightening look set to wipe out economic growth in the coming quarters. The central bank on Thursday predicted the economy would soon fall into a recession.

Yet economists expect the labour market to remain buoyant.

“Indicators are not cooling, even with energy prices hitting production and interest rates hitting the housing market,” said Agnieszka Zielińska, director of the Polish HR Forum. Economic uncertainty was also making companies less willing to invest in automation, she added.

Morgan Stanley also predicts “minimal impact on the labour market and unemployment,” should Poland’s economy tip into a technical recession.

Competition for staff has been fiercest in technology, where demand soared during the pandemic. While Brexit initially helped companies by pushing Poles to leave Britain, the pandemic has enabled IT workers not only to stay home, but also to work directly for companies in countries like Germany and Sweden, which pay more than their eastern European neighbours.

Salaries for some IT roles have jumped more than 40 per cent, according to Manuel Segador Arrebola, who heads the Polish operations of the recruitment agency GI Group. Staff shortages could mean that, sometimes to fill a single job, “we would be approaching 800 people.”

In blue collar sectors, employers are not only raising wages, he added, but also offering overtime and switching from temporary to permanent contracts. Some are also asking workers to stay beyond retirement age.

Since Russia’s full-scale attack in February forced a mass exodus of Ukrainians, Polish employers have sought to hire Ukrainian refugees. Andrzej Kubisiak, deputy director of the Polish Economic Institute, estimates of 1.1mn registered refugees, around 600,000 are of working age and 200,000 have found jobs.

Recruitment agencies are working with companies to help Ukrainian women — matching job offers with housing and on-site childcare, as well as training some women to operate forklift trucks. But many prefer to work informally in cleaning, childcare or hospitality, in the hope that they can soon return home, according to Kubisiak.

Meanwhile, employers in manufacturing, transport and construction accustomed to hiring Ukrainian men say it is difficult to offer the same jobs to women, because of health and safety rules and the physical demands of their production lines. “Historically, the Poles went west and got people from the east,” said Gacek. “But there is now no supply (of men) from Ukraine, and neither from Belarus and Russia.”