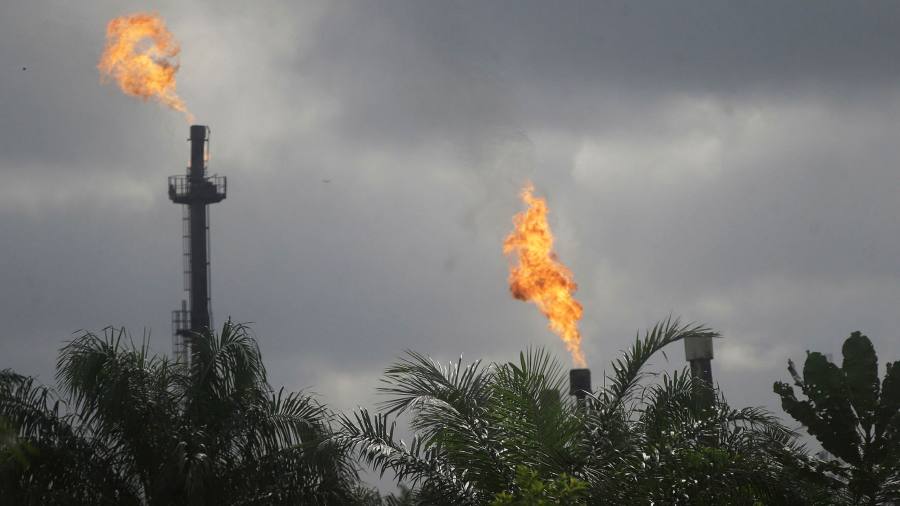 
Macky Sall, president of Senegal and chair of the African Union, speaks for many poorer nations when he says: “We will not accept that polluting countries, responsible for the situation of the planet, tell us that we are no longer going to finance fossil fuels.”

Sall’s argument, increasingly familiar among leaders of poorer states sitting on large oil or gas reserves, is essentially that countries left behind by the rapid industrialisation of the richer world must be allowed to exploit their fossil fuels. To tell them not to, or to deny them financing, is humbug.

Africa’s 54 countries, with about a fifth of the world’s population, are responsible for 2 to 3 per cent of cumulative carbon emissions from energy and industrial sources, according to the World Resources Institute. That drops even lower if coal-intensive South Africa is excluded.

Poor countries in Africa and elsewhere have missed out on the magic of the fossil fuel-fuelled industrial revolution that, one by one, has conjured rich countries from poor ones. And though poorer nations have contributed virtually nothing to the climate crisis, they will be among the worst affected by changing weather patterns. Now they are being told they have missed the boat.

Western governments, private banks and well-meaning ESG investors are, in effect, saying: we are terribly sorry but, in the interests of the planet, poor countries must leave their fossil fuels in the ground. Instead, they are told to use sun and wind to power their dreams.

Rich countries got the world into a climate mess, they say, and it is their job to get the world out of it

African leaders are rightly calling time on this hypocrisy. Rich countries got the world into a climate mess, they say, and it is their job to get the world out of it. If that means they must become carbon negative in order to allow poor countries to do a bit of carbon-fuelled catch-up, then so be it.

They must also pay for technology to help countries transition to new forms of energy such as hydrogen and new mitigation efforts such as carbon capture. After all, rich countries have been shovelling coal and guzzling oil for decades.

This argument is sound as far as it goes. But it cannot go entirely unchallenged. Yemi Osinbajo, Nigeria’s vice-president and another forceful proponent of the “it’s our turn to pollute” argument, has pointed out that nearly half of Nigeria’s 210mn people have no access to electricity. The country still has a nominal per capita income of only $2,400 and a life expectancy of 55. Nigeria needs more time, he says, to use its oil and gas to bring light and prosperity to its people.

But Nigeria has had 60 years to do precisely that. It began serious oil production in 1960 and has been producing 2mn barrels or thereabouts for decades. Almost all of that oil, however, was exported to rich countries, which burnt it and benefited as a result. The lion’s share of profits — rent, as economists call it — went to Nigerian elites who controlled access to the resources and the multinational oil companies that persuaded them to part with it.

The same goes for other oil-producing countries whose governments have failed to transform oil into prosperity. Angola, with 32mn people but similar reserves, has squandered even more oil wealth per capita than Nigeria — no mean feat. Mozambique has Qatar-proportioned quantities of offshore gas but almost no credible plan to transform these riches into sustainable benefits for its impoverished people.

If countries argue for a just transition, it needs to benefit the majority of their people

“For all the talk that exporting energy is going to make us rich, I refer you to Equatorial Guinea,” says James Mwangi, executive director of the Dalberg Group consultancy, pointing to another country whose ruling class has lined its pockets while most of its people remain poor.

Certainly, if you listen carefully enough to talk of a just transition, you can just about discern the sound of elites panicking that they are going to be deprived of their rents. Mwangi argues that poor countries can do much more to cash in on opportunities thrown up by the global push towards net zero.

For the just transition argument to land, countries such as Nigeria must change what they use hydrocarbons for. Instead of flaring gas, as they have done in enormous quantities for decades, they need to pipe it ashore and transform it into power for homes and industry. Aliko Dangote, Nigeria’s top businessman, has finally opened a plant on the outskirts of Lagos to transform gas into fertiliser — it’s a no-brainer and ought to have been done decades ago.

If countries argue for a just transition, it needs to benefit the majority of their people through electricity, power and industrial transformation. Anything else is just hot air.

The EU Attacks Bitcoin Due To A Comprehension Problem