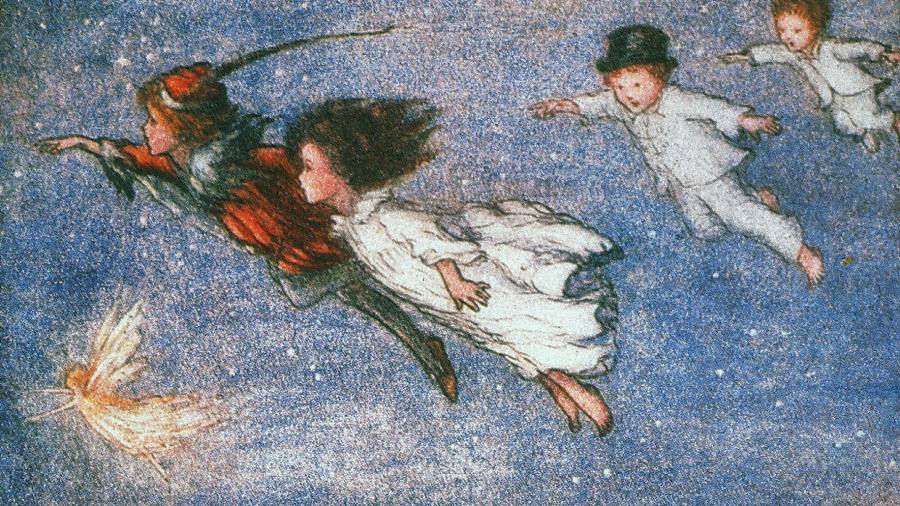 
In JM Barrie’s play Peter Pan, the audience is asked to clap if they believe in fairies. If they fail to clap, the character Tinkerbell the fairy will die. A Tinkerbell phenomenon is one that exists only because people believe in it.

Central banks in the developed world are experiencing such a moment. For 30 years, they have been the dominant actors in economic policy, controlling the cycle through adjustments in interest rates and via quantitative easing. The primacy of central banks has coincided with an era of low inflation; apparent evidence of their policy-setting skills.

And investors have also had faith in central banks’ ability to rescue the economy at times of stress. Equity markets tend to rally when central banks indicate they are about to ease monetary policy. Under Alan Greenspan, the long-serving chair of the US Federal Reserve, this phenomenon was known as the “Greenspan put”.

Now, however, the expertise of central banks is being questioned. They have been caught out by the surge in inflation over the past 12 months and have been slow to push up interest rates to counter it.

To be fair, high energy prices, linked in part to Russia’s invasion of Ukraine, have been a significant factor in inflation’s rise. Andrew Bailey, Bank of England governor, told the House of Commons that the central bank had faced an “almost unprecedented” sequence of shocks. But he added that “to forecast 10 per cent inflation and to say there isn’t a lot we can do about it is an extremely difficult place to be”.

That admission of powerlessness is rather awkward. If central banks don’t deserve the blame for the recent inflation jump, maybe they don’t deserve the credit for the past three decades of subdued price rises.

Low inflation was driven by the entry of China into the global economy, a move which flooded the developed world with low-cost goods. Technological changes that reduced corporate costs also played a role. Perhaps central banks weren’t really brilliant economic managers — perhaps they were just lucky.

Another problem with Mr Bailey’s admission is central banks’ ability to manage expectations is crucial. If businesses believe that central banks can control inflation, they will avoid passing on raised costs in the form of higher prices for consumers; if workers believe central banks can control inflation, they will not demand higher wages in compensation for higher prices. But if they lose their faith in the banks, it becomes a free-for-all, as it was in the 1970s. At that time, Tinkerbell was stone-dead.

On this measure, faith in central banks has not yet disappeared. It is possible to gauge long-term inflation expectations in the futures market. This measure shows investors are only expecting an inflation rate of 2.1 per cent in the five years after 2027.

Still the surge in inflation has been a nasty shock for the bond market. The yield on the 10-year Treasury bond, which was as low as 0.54 per cent in March 2020, reached 3.43 per cent in June, its highest level in more than a decade.

The 10-year bond yield has since fallen back to 3 per cent. Its recent volatility indicates that investors are now uncertain about how well the Fed can manage the economic cycle. Recent data have indicated confusingly that the labour market is still healthy but consumer confidence has dipped and the manufacturing sector is still struggling.

But perhaps the greatest test of faith in central banks is occurring in the equity market. In June, the S&P 500 met the technical definition of a bear market when it fell more than 20 per cent from its January high.

In the past, investors might have hoped for a bit of help from the Fed in the form of an interest-rate cut. Instead, just a few days later, the Fed unveiled its biggest rate increase since 1994, with a hike of three-quarters of a percentage point.

Of course, central banks will maintain that the “Fed put” was never a conscious policy. When they cut rates in the face of market turmoil, they were not trying to support asset prices but to reduce the potential economic harm that a financial collapse would involve. Now that inflation has returned, central banks cannot afford to worry about the financial markets — they just need to slow those price pressures down.

Rather than playing the role of Tinkerbell, central banks have turned into the crocodile in Peter Pan that relentlessly pursues Captain Hook. Investors used to believe central banks would rescue them — now they worry the banks might bury them.

Welcome to Halloween in July – TechCrunch