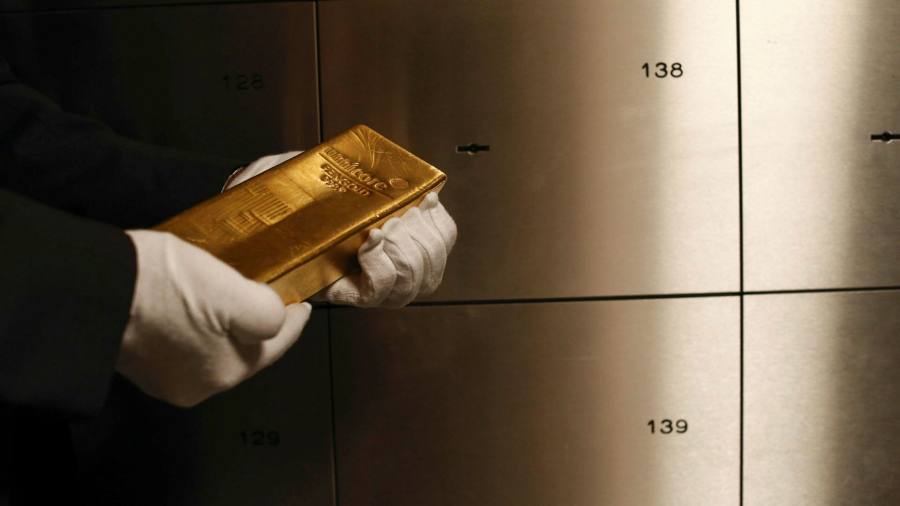 
Rising US interest rates and a strengthening dollar pushed the price of gold below $1,800 a troy ounce this week, as the deteriorating outlook for the global economy weighed on investor appetite for the precious metal.

Investors withdrew $1.7bn in June from ETFs that track the gold price, marking a second consecutive month of outflows following $3.1bn redeemed in May, according to the World Gold Council, a trade body.

The withdrawals in May and June combined with the price decline have reduced the value of global gold ETF assets by 7 per cent over the past two months to $221.7bn at the end of June. Global gold ETF assets, which peaked at $240bn in March, remain 5.9 per cent higher than at the start of the year.

Dealers also pay attention to derivative trading on the Comex market in New York to assess enthusiasm among institutional investors for gold. The Comex net long position — reflecting bets on price gains — has dropped significantly since March and recently touched its lowest level since 2019, indicating that fewer institutional investors expect a rally in the near term.

Soaring inflation is testing the credibility of central banks in the US, UK and eurozone, forcing them to raise interest rates and tighten monetary policy more rapidly than anticipated.

James Steel, HSBC’s veteran chief precious metals analyst, said gold historically has not managed to rally during periods of pronounced monetary tightening by the US Federal Reserve. “The economic climate of rising rates still argues for gold to go lower, which it is likely to do in the near to medium term,” said Steel.

Joni Teves, precious metals strategist at UBS, said clients were waiting for clearer economic signals before adding to their gold positions. Any additional evidence that the global economy is moving into stagflation — a combination of low or no growth and persistently high inflation — should help to attract buying interest for gold from investors that wanted to add more diversification to their portfolios, according to UBS.

“Consolidation and recovery [for the gold price] are likely in the next six to 12 months as the Fed nears the end of its tightening cycle and is [then] anticipated to shift back to easing in the second half of 2023,” said Teves.

Adding to the weakness in investor appetite, the Indian government recently announced a 5 per cent increase in the import duty on gold, a surprising move which is likely to hit consumer demand in the world’s most important gold jewellery market. China’s draconian zero-Covid policy is expected to curb consumer demand for gold jewellery this year.

Steel said further price weakness might help to stimulate physical demand in China and India. “There may also be some bargain hunting [by investors] at lower prices. But even if gold manages to rally, the gains are likely to be limited,” Steel cautioned.