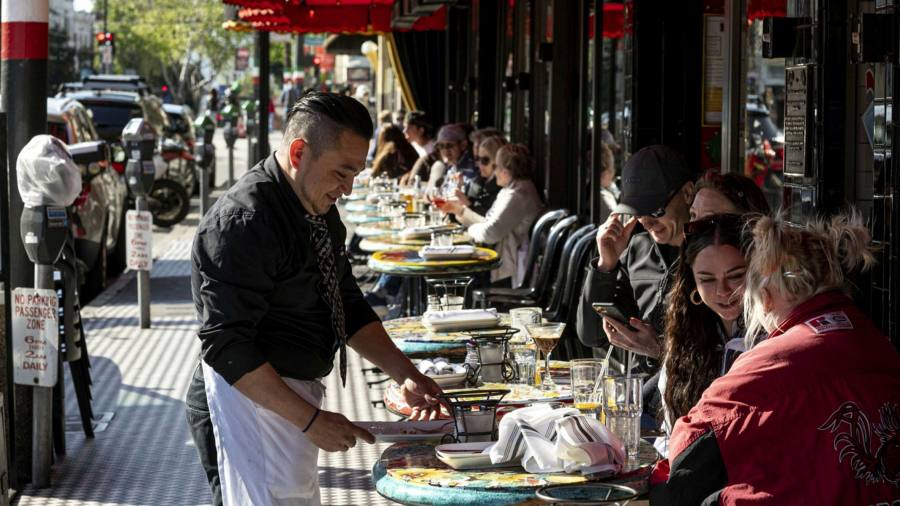 US economy added 372,000 jobs in June amid red-hot labour demand


Red-hot labour demand stoked another strong month of US jobs gains, defying expectations for a sharper slowdown and dampening fears of an impending recession.

Non-farm payrolls grew by 372,000 in June, the Bureau of Labor Statistics reported on Friday, far above the 265,000 that economists had expected and just shy of the downwardly revised 384,000 positions created in May.

With these gains, the unemployment rate stabilised at its historically low level of 3.6 per cent, just shy of its pre-pandemic threshold.

Economists had widely expected monthly job creation to slow given the strength of the recovery and the fact that almost all of the jobs lost during the pandemic have been recouped.

As June’s figures show, the labour market remains the bright spot of the world’s largest economy despite growing recession fears and concerns that American consumers are starting to tighten their purse strings as their pandemic savings dwindle.

Employers still compete fiercely over a shrinking pool of new talent to fill a near-record number of job openings to keep up with strong consumer demand for goods and services. Lay-offs remain at historic lows and recent data show about 1.9 job openings for every unemployed person.

Average hourly earnings ticked up another 0.3 per cent in May, after a 0.4 per cent increase the previous period, and are now 5.1 per cent higher on a year-over-year basis. Yet, the labour force participation rate, which tracks the share of Americans either employed or actively looking for work, dipped to 62.2 per cent. That is more than one percentage point shy of levels seen before the start of the coronavirus pandemic.

With the Federal Reserve now embarking on what is expected to be the most aggressive campaign to tighten monetary policy since the 1980s, economists fear the US jobs market is at serious risk, with unemployment likely to rise next year and into 2024, delivering a further hit to president Joe Biden’s popularity.

However, a senior White House official on Thursday said a slowdown in job creation is not a “cause for concern”, but rather reflective of a transition to a “more sustainable pace of job growth”.

The US central bank has lifted its benchmark policy rate by 1.50 percentage points since March, having delivered the first 0.75 percentage point rate rise since 1994 last month.

Another jumbo adjustment is expected at its policy meeting at the end of the month, with Fed officials now aiming to move interest rates to about 3.5 per cent by year-end, a level that actively begins to constrain economic activity.

Minutes from the June meeting suggest officials have increasingly accepted that their efforts to quell the highest inflation in 40 years will require “some slowing in economic growth and tempering in labour market conditions”. Most have pencilled in the unemployment rate rising to 4.1 per cent in 2024, as core inflation drops to 2.3 per cent.

More pain may be necessary, economists warn, with many expecting a more severe economic downturn. Fed chair Jay Powell also recently conceded that a US recession is now “certainly a possibility”, but has maintained there are still pathways for the central bank to reduce inflation without causing widespread job losses.