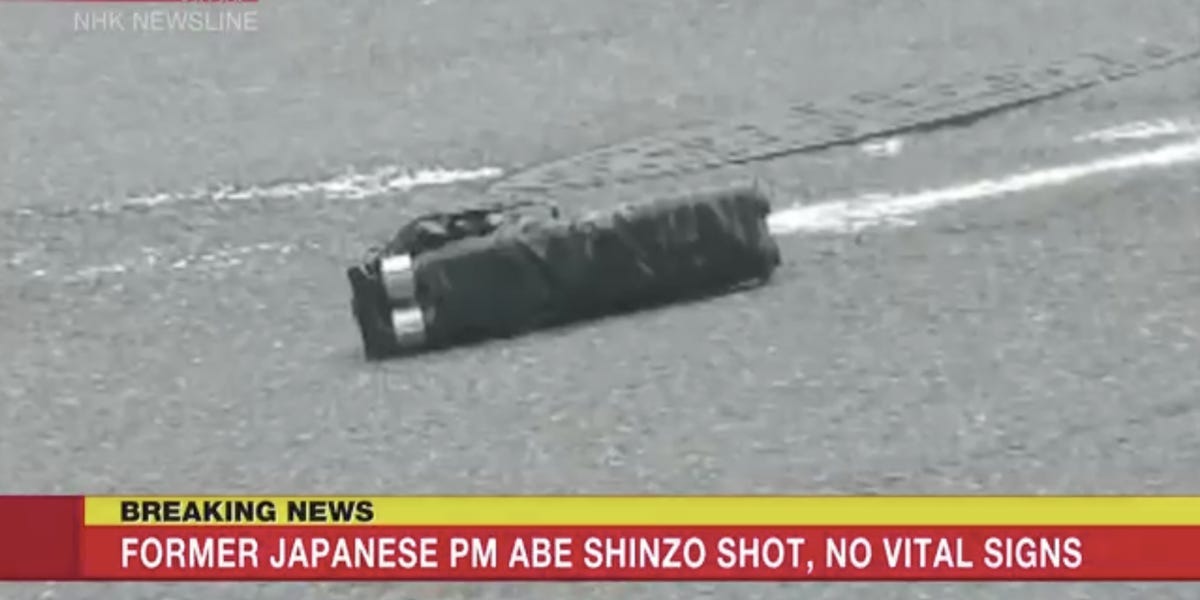 Police told a Friday press conference that the suspect told them that the weapon he used was homemade, The Guardian and BBC reported. Police also said they found other homemade weapons when they searched his home, per both outlets.

Abe, 67, died Friday after being shot in the right side of his neck while giving an election-week campaign speech for his former party, the Liberal Democrats, in the city of Nara, Japanese media reported.

Abe was taken to the hospital and treated but was confirmed dead a few hours after the attack.

Police in Nara said they arrested a 41-year-old man on suspicion of attempted murder.

Japan’s public broadcaster NHK broadcast images of a weapon that was seen lying on the road near the site of the attack. Other close-up images of the gun have spread across Japanese social media.

The gun in those images appears to be homemade and rudimentary: Two metal barrels attached to a wooden board with black tape.

It is is extremely hard to obtain guns in Japan, with the country boasting some of Asia’s strictest gun laws. Handguns are banned and citizens can only buy shotguns and air rifles, pending a stringent background check.

The suspect in the shooting told police he was “dissatisfied” with Abe NHK reported.

Japan’s chief cabinet secretary, Hirokazu Matsuno, said in a statement: “Outrageous acts of this kind are absolutely intolerable, no matter the reason, and I strongly condemn this act.

“The Government will take all possible measures to respond to this situation.”