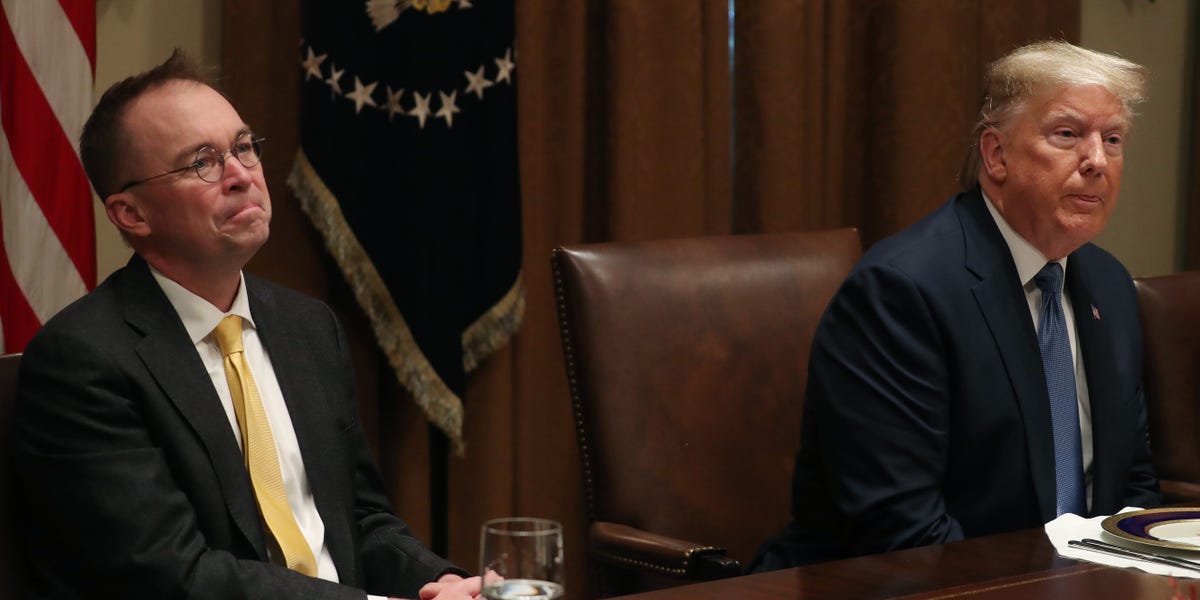 Trump Seen As ‘Damaged,’ Won’t Vote for Him Again


Mick Mulvaney said that former President Donald Trump is seen as “damaged” by GOP insiders following the January 6 hearings, and confirmed that he wouldn’t vote for his former boss again.

Mulvaney served as Trump’s chief of staff, and he resigned in the aftermath of the January 6 attack on the Capitol.

“Folks especially in my party are looking at Donald Trump as damaged,” Mulvaney told CNN’s Kasie Hunt in an interview Wednesday.

“The significance of last week’s Congressional Jan. 6 committee hearings cannot be overstated,” Mulvaney said in an article for the Charlotte Observer on Wednesday.

On CNN, Mulvaney also signaled that he distrusted former White House chief of staff Mark Meadows. Meadows replaced him in the final months of the Trump administration and has been at the center of damning revelations being shared at the January 6 hearings.

When asked if he thought Meadows betrayed the country, Mulvaney said, “That case is being made.”

From FIRE To Bitcoin: A Canadian’s Journey

Why Planet Labs’ shoebox satellites are heading into orbit with SpaceX