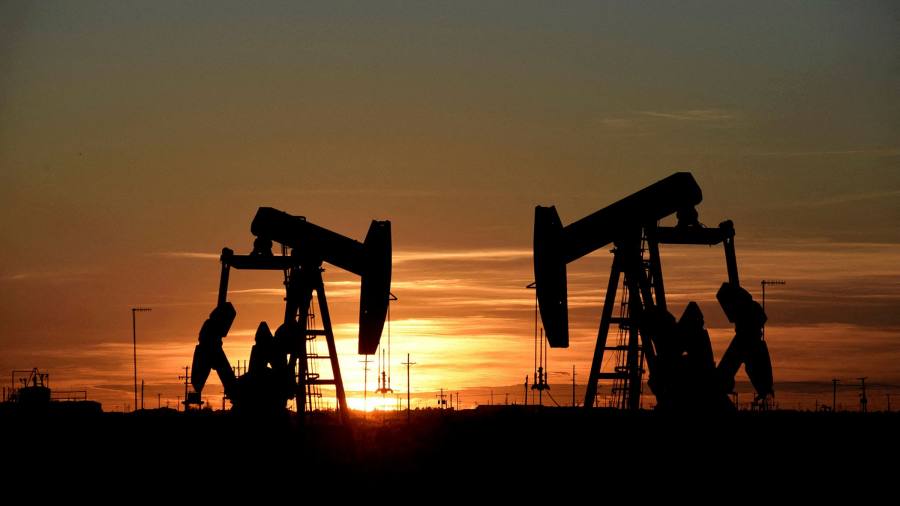 The oil market’s bull run isn’t over yet

Two things to start on how the energy crisis is upending companies and climate action:

Welcome back to another Energy Source!

Team America is back in the saddle today after our colleagues in London did a great job taking over for the Fourth of July holiday.

We lead things off today with the meltdown in oil markets. With the steep declines this week, crude prices have fallen more than $20 a barrel over the past month, potentially bringing some reprieve from sky-high energy prices. Is it a blip or is oil’s bull run finished?

In our second item, Myles reports that methane emissions are once again on the rise in America’s big oil and gasfields, despite industry and government promises to clamp down on the greenhouse gas.

And in Data Drill, Amanda breaks down why coal prices are at record highs.

Thanks as always for reading!

Crude prices have been dragged sharply lower this week on fears that a recession could undercut fuel demand.

Brent crude prices briefly fell below $100 a barrel on Tuesday for the first time since April, before settling at $100.69 yesterday. The US West Texas Intermediate benchmark was trading at less than $96 a barrel at one point, also its lowest in months. Crude prices are down more than $20 a barrel over the past month.

Oil’s fall this week has been part of a broader wipeout across commodity markets. Investors fear that as central banks tighten monetary policy to tame soaring inflation, the move could inadvertently tip economies into recession. For oil, that would likely mean a reduction in fuel demand, which could take pressure off supplies and boost low inventories, which have driven prices to more than $100 a barrel.

Yet oil analysts, who have mostly been bullish on the price outlook for the remainder of this year, are warning that oil supply remains tight and the sell-off has pushed prices too low. Expect a rebound in the coming weeks, they say.

Amrita Sen, an analyst at the consultancy Energy Aspects, told ES that the shift lower was not supported by any shift in supply and demand.

“It’s a macro move, equities came off, all commodities came off. So it’s a broader risk-off move rather than being rooted in fundamentals,” she said.

You don’t want to “catch a falling knife” betting against rapidly dropping oil prices she said, but “fundamentally nothing shifted”.

“The under-investment story hasn’t shifted. Recessionary fears are there but the demand numbers are still strong. Asia’s [oil demand] is still growing, so no, it’s not justified,” she said of the big move down in prices.

That view was echoed by Damien Courvalin, an analyst at Goldman Sachs, who wrote in a note to clients that the bank sees crude demand still outpacing supply by about 1mn barrels per day, which should support high prices.

“While risks of a future recession are growing, key to our bullish view is that the current oil deficit remains unresolved,” said Courvalin, adding that higher prices are needed to cool demand.

Goldman, at least, still sees crude’s bull run intact and expects prices to shoot back up well above $100/barrel later this year.

Still, there could be at least a temporary reprieve from high energy prices. US gasoline futures are also down sharply over the past month to its lowest level since April. If prices hold, it could pull the national average price of petrol at the pump back towards $4 a gallon, which could ease some of the inflationary pressure on the US economy. It could also ease political pressure on president Joe Biden. (Justin Jacobs)

Methane emissions are only getting worse

With everything that is going on in energy geopolitics, talk of climate change often seems to have faded into the background — a problem to be dealt with, it is argued, when the upheaval has passed.

Just a year ago, efforts to rein in methane leaks dominated the public comments of oil and gas executives. Today, amid a scramble to increase supply, it has been knocked down the list of talking points.

But a new report from consultancy Kayrros suggests that while the chatter may have died down, the problem certainly hasn’t. In fact, methane pollution is getting worse — significantly so.

Emissions of methane — which have more than 80 times the warming power of carbon dioxide in the short term — from the US’s biggest oil and gasfields and other major basins around the world are set to rise sharply this year. Here are some of Kayrros’s takeaways from global hotspots:

In other words, as producers ratchet up supply to deal with the current crisis, the methane problem is getting worse. And things only look set to deteriorate as the year progresses.

That is obviously bad news for the climate. But it is especially jarring given that methane emission reduction was an area of significant progress for Biden amid a pantheon of climate disappointments.

The president’s administration has reinstated Barack Obama-era regulations that were scrapped under Donald Trump. And the Environmental Protection Agency is finalising regulations to clamp down further.

At the COP26 talks in Glasgow — where signs of real climate progress were few and far between — John Kerry, the president’s top climate diplomat, successfully brokered a commitment from 110 countries to slash emissions 30 per cent from 2020 levels by the end of the decade.

It may only be six months since the launch of the so-called Global Methane Pledge, but, as Kayross notes, “the overall trend in global methane emissions so far appears to be going in the wrong direction”.

In other words, despite all of the commitments and policy progress, methane emissions are on the march. That makes it hard for even the most optimistic climate watcher to trumpet tangible progress.

As Kayrros puts it: “The lack of progress achieved so far is a concern.”

Given the warming effects of methane and the narrow window that exists to keep emissions in check, that is probably an understatement.

We’ll have more on the methane question in the coming days, including a slick new video report from Derek. Watch this space. (Myles McCormick)

US coal prices reached a record high this week. Spot prices for Central Appalachia coal sit at $175 per short tonne, up 89 per cent since the start of the year and an all-time high.

High coal prices are one symptom of the global energy crunch as the US sends more shipments abroad while facing declining production and increased power demand at home.

“The supply capacity of the industry is generally not going up or even maintaining the level it should be,” said Xizhou Zhou, the global lead of power and renewables at S&P Global. “So when you have the kind of demand shocks we have today from Europe and then you hit summer weather highs, you start to go into a tight market.”

The US retired roughly 34 coal fired plants in the past year, according to S&P Global. At the same time, production hasn’t recovered from pre-pandemic levels and the EU’s ban on Russian coal has increased demand for US coal exports.

Analysts say record heat and high coal prices this summer will push power generators towards natural gas, which is also seeing its highest prices in a decade.

Richard Mille Ferrari Watch Is Thinnest in the World