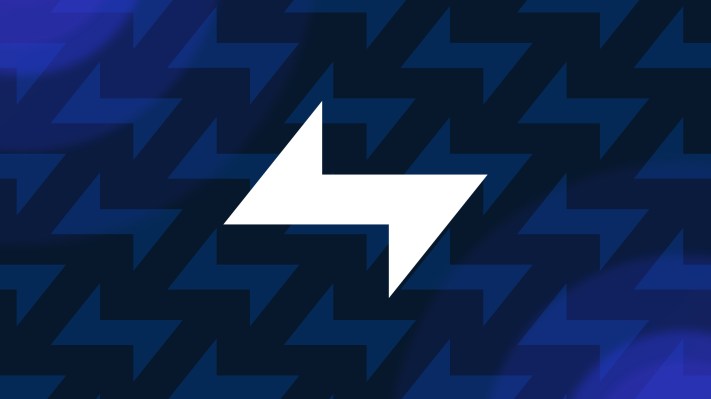 
A lawsuit that was filed against one-click checkout startup Bolt by one of its biggest customers will be dismissed as the two parties have agreed on a settlement, the companies announced jointly today.

And interestingly, that same customer — Authentic Brands Group (ABG) — is now a shareholder of the company.

ABG declined to comment on the settlement beyond a jointly issued press release, but in an interview with TechCrunch, Bolt CEO Maju Kuruvilla did acknowledge that the two parties had “settled out of court” and that ABG is now in fact a “shareholder.”

“We’re putting our differences behind and finding a path forward,” he told TechCrunch. “So it was settled on amicable terms for both sides.”

According to the joint statement, Bolt will offer its one-click checkout services to ABG’s brands Forever 21 and Lucky Brand, “while evaluating the possibility of expanding Bolt’s technology to more portfolio brands in the coming months.”

Jamie Salter, founder, chairman and CEO of ABG, said in a written statement: “ABG looks forward to deepening its ties with Bolt by becoming shareholders under the new leadership of Chief Executive Maju Kuruvilla and we are excited to continue exploring broader opportunities with our businesses.”

Those sentiments are a far cry from the allegations that ABG made earlier this year.

In late April, Bloomberg reported that Bolt was being sued by “its most prominent customer,” ABG, which owns dozens of retail brands. ABG alleged that San Francisco-based Bolt failed to deliver technology that it promised and that it missed out on over $150 million in online sales during the company’s integration with fashion retailer Forever 21. On top of that, ABG’s complaint went on to say that Bolt had raised funding “at increasingly high valuations” by “consistently overstating” the nature of its integrations with the company’s brands in an effort to make it seem like it had more customers than it actually did. For even more context, Bolt in January raised $355 million in a Series E financing that valued the company at $11 billion.

As TC’s Christine Hall wrote at the time, Bolt’s one-click checkout product aims to give businesses the same technology Amazon has been known for since 1997, and at the same time, incorporate payments and fraud services meant to ensure transactions are real and payments can be accepted.

According to Bloomberg, Bolt reacted to the complaint by saying that ABG’s claims were without merit, and “a transparent attempt” to renegotiate the terms of the companies’ agreements.

Then on April 28, Insider reported that it heard from unnamed sources that ABG’s lawsuit was really an attempt by the firm to claim an ownership stake in the company. Apparently when ABG became a Bolt customer in October 2020, reported Insider, Bolt entered a deal to award the group stock warrants, which give the holder the right to buy shares at a specified price before a specified date — under certain conditions.

It turns out that speculation around ABG’s motives may have had some merit.

Kuruvilla took the helm as CEO of Bolt in January after its outspoken then-27-year-old founder, Ryan Breslow, stepped down. Breslow, who started the company after dropping out of Stanford, now serves as its executive chairman. Kuruvilla, who joined the company as its chief product and technology officer in 2019 and became its COO in August of last year, previously worked at Amazon for nearly eight years.

When asked about how involved Breslow currently is in day-to-day operations, Kuruvilla said:

“He’s not. He is obviously a big investor, shareholder and involved as part of the board but he and the board are looking to me to run the company,” he said.

Since its 2014 inception, Bolt has raised more than $1 billion in funding and was valued at $11 billion at the time of its $355 million Series E raise in January. Investors include funds and accounts managed by BlackRock, Schonfeld, Invus Opportunities, CreditEase, H.I.G. Growth, Activant Capital and Moore Strategic Ventures.

In an early May blog post, Kuruvilla revealed the following figures around the company’s performance, writing that Bolt has a total of 13.8 million total “shopper accounts,” marking a 131% year-over-year increase, and has 836 total active merchant accounts across all product lines, representing a 192% YoY increase.

The disclosed figures appeared to be an indirect response to what The Information reported, which was that the number of merchants Bolt works with “has been hovering in the low 300s since 2020.” The publication had also reported that “revenue from transactions Bolt processed grew around 10% to $28 million last year after it slashed the fees merchants pay for its services,” according to an internal document viewed by The Information.

On July 5, Kuruvilla declined to discuss specifics around revenue, telling TechCrunch that the company is close to having 14 million shoppers on its network currently.

“We continue to expect that will grow a whole lot through the rest of the year and going forward,” he said.

Kuruvilla added that Bolt is “looking at doubling” the live gross merchandise value (GMV) that operates through Bolt “again” for the rest of the year.

In late May, Bolt was reported to have laid off one-third of its staff — the exact number of affected employees was reported to be as much as 250, although the company did not specify.

This week, Kuruvilla said the decision was a painful one, but necessary, as Bolt looked for ways to extend its runway. He added that the move was part of a number of “cost adjustments and budget corrections” that Bolt had made that led it to reduce around 30% of its expenses.

“We did that by reducing some new initiatives and really doubling down on things that are a core value proposition for us and our customers,” he told TechCrunch. “As a result, we are close to having a three-year operating runway for us as a company, which is really important in this market. A lot of big merchants look for that. Also, it will help us on our path to profitability.”

Kuruvilla acknowledged that while e-commerce numbers were still higher than before the pandemic, e-commerce traffic is down about 25% year-over-year. As such, he believes that Bolt has the opportunity to help merchants see more conversions on their websites and fewer people drop off at checkout, get customers to be repeat customers and create shopper accounts. He also believes it can help them by providing data.

As for Bolt’s new cozy alliance with its formerly frustrated customer, Kuruvilla suggests now that it’s all water under the bridge.

He noted that “both Forever21 and Lucky Brand have been using Bolt for a long time and they will continue to use it going forward with this renewed partnership.”

“Both ABG leadership and myself are working together to find out how to expand it further and that’s coming directly from their CEO, because he has a very high bar for the kinds of partners he wants to associate with,” Kuruvilla added. “Clearly, he has a strong belief in Bolt and our products. So we’re excited to take it to the next level.”