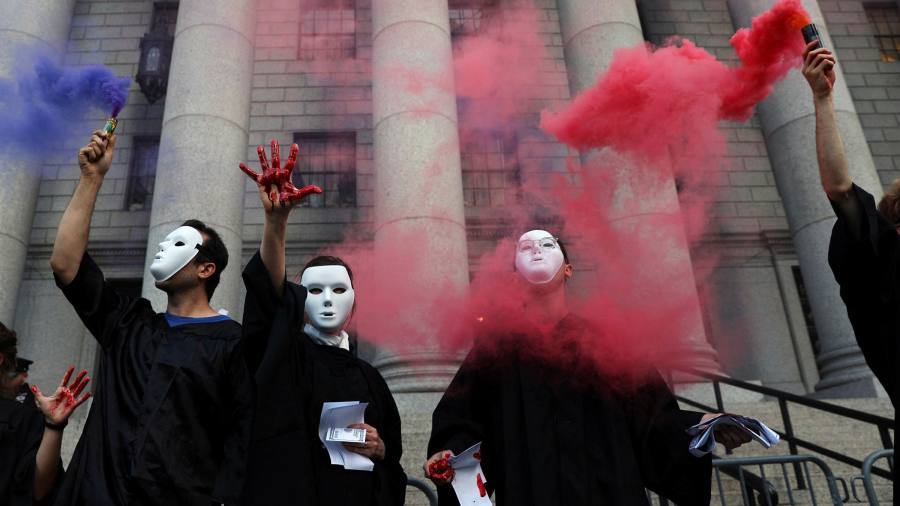 Joe Biden’s lofty climate ambitions are brought down to earth


Joe Biden’s promise to be the greenest president in US history was already in doubt when the Supreme Court delivered another blow and curtailed the power of the chief environmental regulator.

This week, the court’s conservative majority struck down an obsolete Obama-era plan that sought to shift power generation away from coal-fired plants and towards renewable sources across the American energy grid.

Invoking a legal principle known as the “major questions” doctrine, the justices said that it expected Congress to clearly legislate for “how much coal-based generation” there should be across the US power grid.

The ruling leaves the Biden administration more reliant on an unco-operative Congress to pass crucial climate legislation and throws the regulatory power of the Environmental Protection Agency into question.

“What the Supreme Court did is so devastating,” said Tré Easton, a Democratic strategist. “This major questions doctrine . . . it’s not eviscerating the EPA, but it’s saying come back in two years and we’ll try again. It’s the sword of Damocles hanging over our heads.”

The blow comes at a pivotal moment for Biden’s climate agenda. Russia’s war in Ukraine has prompted an energy crisis in Europe and sent US petrol prices soaring. This has created a political crisis for the president, forcing him to propose slashing fuel taxes and release millions of barrels of oil from US strategic reserves. Biden’s energy secretary, Jennifer Granholm, earlier this year was forced to plead with US oil companies to boost oil supplies.

In the recent G7 meeting, the US was among the signatories of a communique that pledged public funding to European LNG infrastructure, prompting dismay from environmental advocates who oppose locking in decades of fossil fuel infrastructure investment.

Other setbacks have weighed on Biden’s green agenda. The president’s climate-minded Fed appointee Sarah Bloom Raskin failed to pass her Senate confirmation process, while there has been a legal challenge to the administration’s efforts to halt offshore oil and gas drilling. The US energy regulator, the Federal Energy Regulatory Commission, also dropped its plan to assess the climate impacts of new pipelines.

On Friday, the Department of the Interior released its proposed programme for offshore oil and gas drilling for the next five years, leaving open the possibility of a small number of lease sales in the Gulf of Mexico and off the coast of Alaska. Climate advocates criticised the proposal as falling far short of Biden’s campaign pledge to ban all new offshore drilling.

“It’s been a disappointing tenure,” said Collin Rees at Oil Change International, a US campaign group. “He’s not even close to lived up to his promises on climate.”

Biden’s flagship climate legislation, meanwhile, has stalled on Capitol Hill, where Democrats are still negotiating an updated version of the president’s Build Back Better legislation among themselves.

Major pieces of climate legislation have been rejected by Democratic coal-state senator Joe Manchin, who holds a crucial swing vote in an evenly divided senate. Biden’s unpassed domestic spending bill may still include clean energy tax credits designed to boost the wind and solar industries, but it remains unclear if Manchin will support the initiative.

Democrats are widely expected to lose one or both chambers of Congress in the US midterm elections in November, which would make any efforts to pass climate legislation almost impossible. 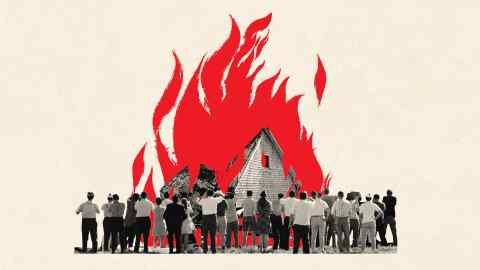 Lawyers say the new reliance on specific congressional authority to direct federal agencies such as the EPA on what rules they can make will create uncertainty not just for the environmental agency, but also for the Securities and Exchange Commission, the Food and Drug Administration and others.

Andres Restrepo, senior attorney at US environmental group the Sierra Club, said the court’s use of the “major questions” doctrine would mean federal agencies would need to point to clear language in legislation to claim the authority to do “something above a certain level of importance”.

“This decision will give opponents of agency regulations the green light . . . to challenge any regulation that they don’t like and claim that it’s a major question,” said Restrepo.

Kirti Datla, a lawyer with Earthjustice, said the ruling left “a lot of questions about what the EPA can do in the future”.

“It says the [Obama-era] Clean Power Plan went too far, but it does not get into the weeds of what the EPA can do,” she added.

Others argued that the court’s decision was not as extreme as some of the available options, which included gutting the EPA’s authority to regulate greenhouse gas emissions altogether.

Manish Bapna, the president of the Natural Resources Defense Council, said the ruling would leave the EPA “in the climate fight” but it would just make it “harder to win it”.

David Doniger, a lawyer for NRDC, said the EPA could still use “traditional” tools to lower emissions at individual plants including potentially blending gas and hydrogen with coal, or investing in carbon capture once it becomes viable.

“It’s time to go back . . . and look at control measures that can be applied to these plants to cut their emissions, and that’s what the EPA needs to do now,” Doniger said.

Biden administration split on whether to remove China tariffs