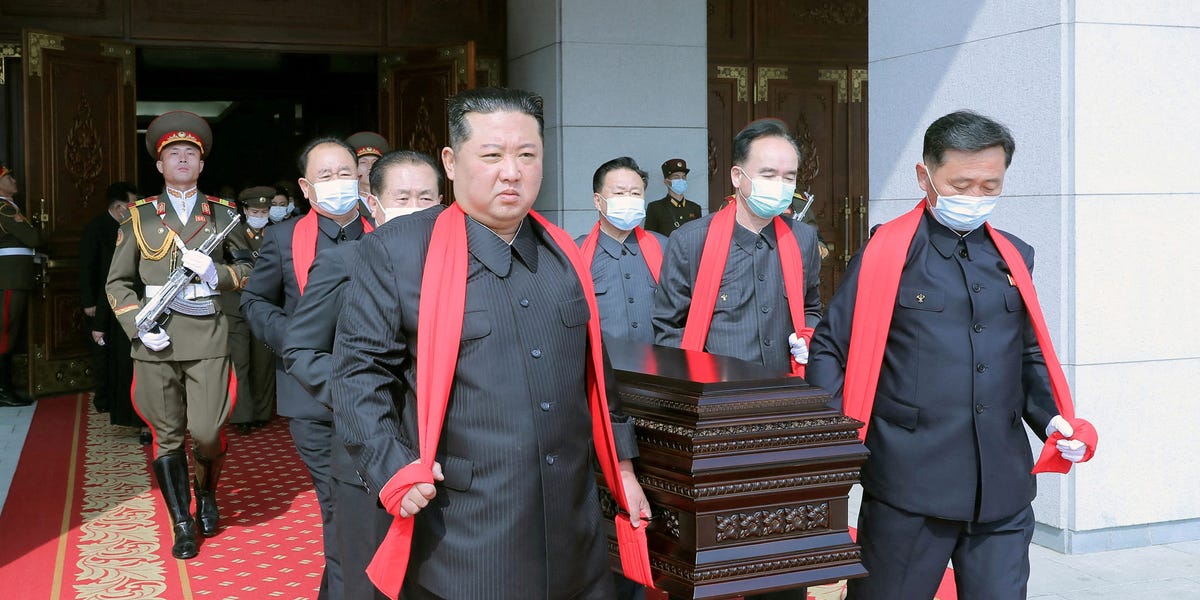 
North Korean leader Kim Jong Un was seen without a mask at a state funeral on Sunday, days after he blasted officials for “immaturity” and “slackness” in handling the country’s Covid outbreak.

According to AFP, the Korean People’s Army marshal was reportedly Kim’s mentor, who had helped prepare him to become the country’s next leader before his father and predecessor, Kim Jong Il, died in 2011.

Kim was the only maskless pallbearer seen at the funeral.

North Korea has urged its citizens to wear masks and, in some cases, has recommended wearing two, per BBC.

Ever since the hermit nation confirmed its first-ever Covid case on May 12, the country has been ravaged by a fast-spreading Omicron outbreak. However, North Korean state media has maintained the “much-disputed claim” that its Covid wave is subsiding, per Associated Press.

As of Monday, the total number of “fevered persons” in North Korea has topped 2.9 million, and 68 people have died from it, according to the state news agency KCNA. According to the BBC, the country has yet to refer to this “fever” outbreak as COVID-19, as poor testing capabilities have hindered its ability to diagnose cases.

According to Associated Press, experts said it is also likely that the unvaccinated country is underreporting its actual death toll to protect Kim’s political reputation.

Bitcoin And The Soul-Seeking Of Humanity